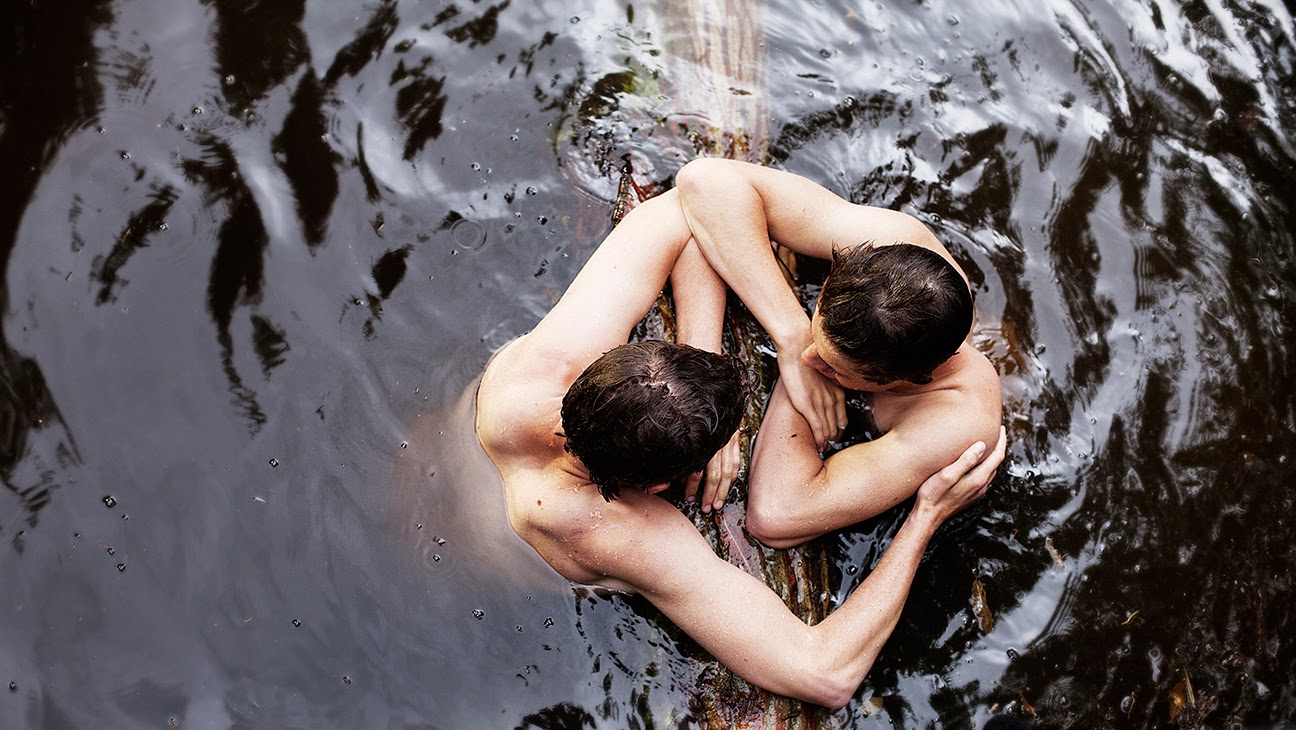 The story here as written by Henk Burger, Chris Westendorp and Jaap-Peter Enderle is not one that we haven't seen dozens and dozens, if not thousands and thousands of times. If you're one who attends LGBT film festivals or frequents TLA Video or Wolfe Video, then this film will present nothing new. It's basically about two teenage boys in the Netherlands who are athletes or athletic and who end up falling in love with one another. In this specific case, the boys in question are runners on a track-and-field team. This could in fact be a companion piece to McFarland, USA, the mainstream Kevin Costner film about hetero-normative, Latino boys competing in track-and-field in California.

If there's any uniqueness to be found here, it's the track-and-field element, but substitute track-and-field for any other sport and you have a whole sub-genre within LGBT films that are the same thing over-and-over again. Most recently, there was the Cuban film The Last Match (La Partida) where the sport was soccer. There was also recently Geography Club where the sport was American football. A few years ago, there was Jonah Markowitz's Shelter where the sport was essentially surfing. LGBT films about teenage and college-age boys falling in love who aren't athletes but who could be athletic are also a dime-a-dozen. Last Summer by Mark Thiedeman, Monster Pies by Lee Galea, Harvest by Benjamin Cantu and Bangkok Love Story by Poj Arnon are other examples.

Gijs Blom stars as Sieger, a teenage boy who tries out for his school's track-and-field team. He's ultimately selected to be part of the 4-man relay team who has to compete in the 400-meter race. Sieger has an older brother named Eddy, played by Jonas Smulders, who's probably just out of school. Eddy doesn't work. He hangs out in a wooded area, riding a moped and hooking up with girls.

There's a nugget of a story with Sieger and Eddy being raised by their single father. Sieger's mother died, but it's never revealed how. Director Mischa Kamp allows whatever drama from that to echo in scenes of tension between Eddy and his father who tries to veer Eddy from his lackadaisical behavior.

The majority of the rest of the film is Sieg riding his bike, joining with his friends for a swim in a pond or watering hole, training for the relay race and the burgeoning, sexual attraction between Sieg and his relay partner Marc, played by Ko Zandvliet, an alluring, bandana-wearing, almost pixie-dream boy. Yet, before the homo-eroticism can reach its apex in an extremely-sexy, overhead shot of the two boys floating in water, arms intertwined over a log, Sieg engages with a beautiful, young girl named Jessica, played by Lotte Razoux Schultz.

The sweetness and the compassion between the boys shine bright. There isn't much commentary about the level of homophobia with which Sieg has to contend. All of it is apparently in Sieg's head. There isn't even the requisite locker room jokes or paranoia. One of the most tender moments instead occurs in the locker room, as Sieg in close quarters plays with Marc's drawstring on his hoodie.

So many beautiful shots from Mischa Kamp frame the two boys together in sensual and seductive ways. One has them fall asleep on one another during a bus trip. Another has them ride a bike together. Their two heads peer ear-to-ear at two deer wandering the woods at night. A light cuts across both their faces in such wide-eye illumination of innocence and awe. The other I'll mention is the two lying side-by-side on the beach at midnight. Their nervousness and timid passions shiver in their body language through the screen, as well as their exasperated breaths echoing a mutual virginity but a relaxation in proximity. Blom and Zandvliet give perfect, complementary performances.

What makes the movie notable among all the others like it is the fact that it was only intended for Dutch television where it premiered last year. It did so well on Dutch television though that it was then put into theaters in the Netherlands where it also did well. It was then brought to film festivals here in the United States before getting pushed onto DVD.

Five Stars out of Five.
Not Rated but for general audiences.
Running Time: 1 hr. and 17 mins.