The biggest story this year in Hollywood was the Harvey Weinstein scandal in which the film-producer was accused of sexual harassment, sexual assault or rape by more than 80 women over the course of 30 years. Weinstein managed to cover-up these accusations for a long time until journalists at The New York Times, as well as reporting by Ronan Farrow finally ended Weinstein's horrific reign. Since then, a social media campaign called #MeToo sprung up, which allowed women all over the country to share their stories about either sexual harassment, sexual assault or rape.

As a result, a long string of other powerful and well-known men in Hollywood have been accused and subsequently held responsible. One of the most prominent was Oscar-winner Kevin Spacey who was accused a couple of weeks after the Weinstein story broke of inappropriate sexual conduct with an underage boy. More accusations like that arose, which caused Spacey to lose his job both in Netflix's House of Cards and being replaced in the film All the Money in the World.

The Weinstein effect, as it's called, open the flood gates. From late October until just before Christmas, new accusations against powerful men in entertainment, in politics and in journalism were occurring pretty much every other day. Victims weren't only women but men as well. The accusations ranged from inappropriate comments to full-on rape. Some of these accusations have not resulted in anything. Other accusations have resulted in actions like with Spacey, Louis C.K. or Matt Lauer. 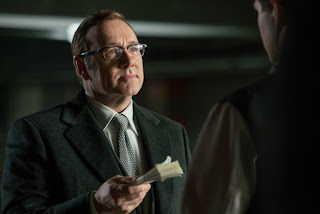 Something like this isn't new. From Roman Polanski, to Woody Allen to Bill Cosby, powerful men have been accused before and nothing has changed in the industry. Yes, as a result of all this, the Academy of Motion Picture Arts and Sciences took away Weinstein's membership but yet didn't do so for Polanski, Allen, Cosby or Spacey. What's even more awkward is that last year, Casey Affleck was accused of sexual harassment. Yet, he won Best Actor at the last Oscars and according to protocol is slated to present Best Actress at the ceremony this year. A petition has been called to ban him, but who knows if it will happen.

In light of all of this, it's surprising that the 75th Golden Globes didn't nominate a woman in the category of Best Director. It will be curious to see if the Directors Guild of America or even the Oscars will recognize a woman behind the camera. It's not as if there's a dearth of women directors this year. Angelina Jolie for First They Killed My Father, Patty Jenkins for Wonder Woman, Greta Gerwig for Lady Bird, Kathryn Bigelow for Detroit, Angela Robinson for Professor Marston and the Wonder Women and Dee Rees for Mudbound.

Gerwig had one of the best reviewed films of the year and Jenkins had one of the biggest blockbusters of the year, which has also gotten praise from the American Film Institute, the National Board of Review and the Producers Guild of America. Jenkins' film even made the Top Ten list of several outlets, even topping three. Rees' film, however, is on even more Top Ten lists, topping six, including The Los Angeles Times and The Washington Post, so it would be a shame if these women aren't noted for their work as directors. 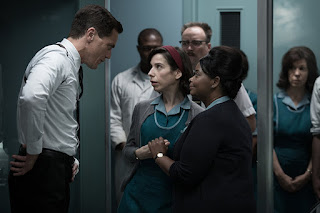 Because I can't limit my love to only ten choices, I instead have a long list of my top 40 movies. Despite the long list, there are some titles that are missing at which some might scratch their heads. Thanks to predictors like the nominations for the SAG Awards, the PGA Awards and the WGA Awards, one can guess what films will be up for Best Picture at the 90th Academy Awards. Of the nine titles that most likely will be up for the big prize, I've excluded eight of them from my list. The exclusions are The Big Sick, Call Me By Your Name, Darkest Hour, Dunkirk, Get Out, Lady Bird, The Shape of Water and Three Billboards Outside Ebbing, Missouri. If you read my reviews, I lay out my problems with each of those movies. Most of my selections won't get award love, but here they are any way.

1. THE WOUND (INXEBA) by John Trengove
2. FIRST THEY KILLED MY FATHER by Angelina Jolie
3. AFTER THE STORM by Hirokazu Koreeda
4. FRANTZ by François Ozon
5. HEADSHOT by Kimo Stamboel & Timo Tjahjanto
6. HEARTSTONE (HJARTASTEINN) by Guðmundur Arnar Guðmundsson