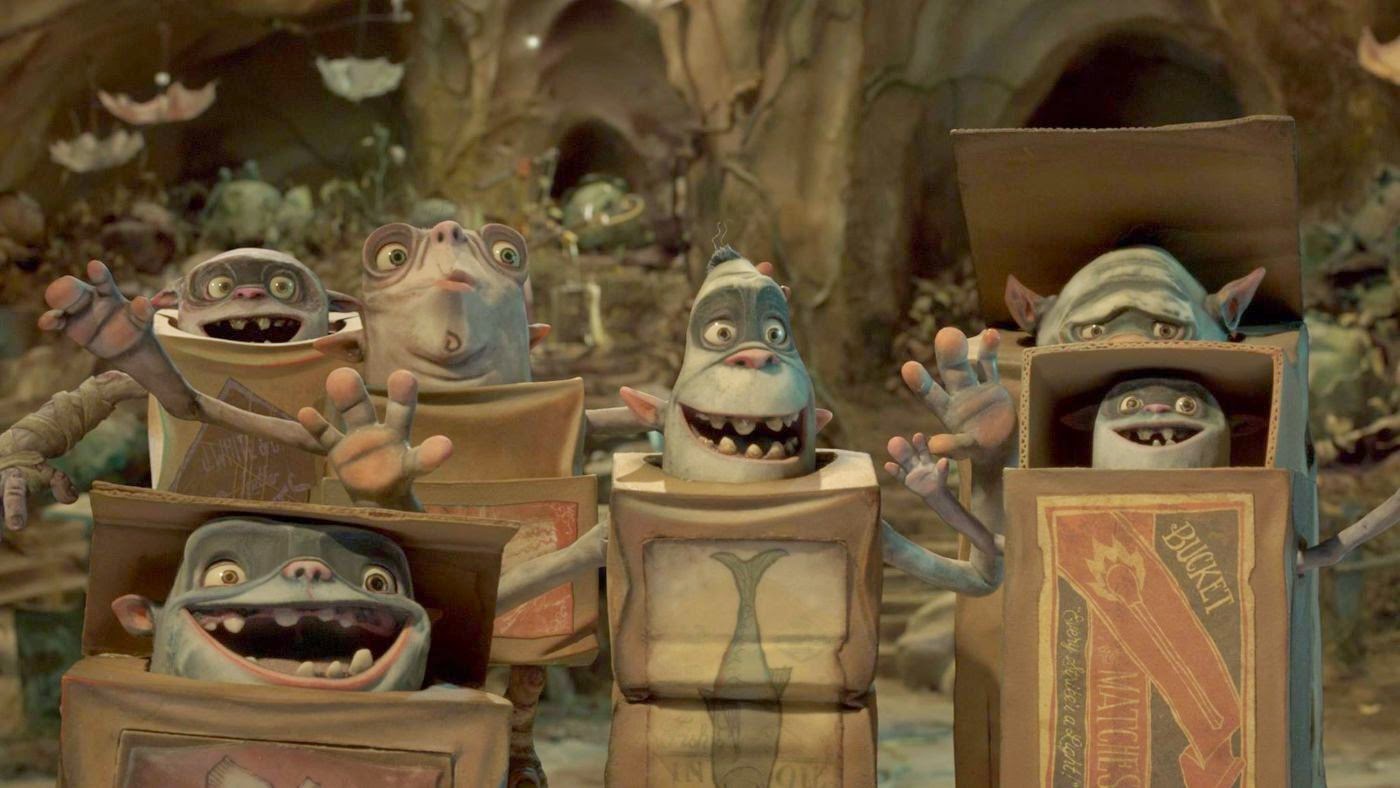 Laika animation has now produced its third feature and though it might not be saying much, its third outing is now its worst. When I first saw the trailer for this film, cut to the Elvis Presley song "(You're So Square) Baby, I Don't Care" as performed by Cee Lo Green, I was intrigued, but seeing it is so disappointing. It's derivative, boring and somewhat offensive.

However, the villain of this movie is Snatcher, voiced by Ben Kingsley, and his mission is to make the boxtrolls out to be monsters who eat human babies and not just insects. The way he goes about it is by dressing up as a woman and pretending to be this female performer named Madame Froufrou.

While I don't think the filmmakers intended to be offensive, there is something very off-putting about the whole portrayal. The fact that the villain cross-dresses is something that's been done in animated films before and a lot. There are also a lot of heroes or protagonists in movies who cross-dress. Maybe, I'm just sick of it as a plot device. Unless it's actually to depict a person who is transgender, transsexual or a drag performer, I feel turned off to it.

The story is derivative of The Jungle Book or Tarzan where you have a baby human raised by animals. Except, the baby human named Eggs is raised by boxtrolls. It also made me think of the back story of the male protagonist in Frozen. The arc is for that human who thinks the boxtrolls are his family to realize his humanity as well as help others to realize theirs.

There are funny and even touching scenes to that effect, but it's rather predictable and thus boring. Because the villain's goal is such low stakes, that also adds to the boredom. Snatcher wants to demonize the boxtrolls, so that he can manipulate public opinion ultimately to better his social standing. Snatcher wants to be a white hat. A white hat is an upper-class person who gets to eat gourmet cheese, which in this film is the ultimate sign of wealth.

Basically, Snatcher wants to eat cheese. There have been plenty of cartoon villains with ridiculous goals. For Laika, their two previous movies have not been so ridiculous. This film is almost too silly comparatively.

The boxtrolls lie somewhere between the Ewoks in Return of the Jedi and the Minions in Despicable Me. We sympathize for them, but we barely empathize with them. The filmmakers put us more in the shoes of Winnie, voiced by Elle Fanning, a little girl who is the daughter of a white hat. This could have been interesting if when she's thrown into the world of the boxtrolls, she was allowed to get to know them and discover them. Yet, she mainly exists to teach Eggs, the baby human, now a prepubescent boy, how to be a well-mannered member of the white hat society.

The fact that the boxtrolls can't talk unlike the rock trolls in Frozen adds to my offensive frustration. It's just frustrating that the filmmakers didn't give the boxtrolls the ability to speak. They only grunt. The animals in The Jungle Book could speak. It's simply odd that these, mistreated, under-privileged, discriminated, colored people aren't given a voice, except for the voice of a once, well-off, white boy.

Two Stars out of Five.
Rated PG for action, some peril and mild rude humor.
Running Time: 1 hr. and 36 mins.