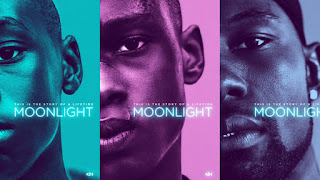 Last year, a big stink was made about the lack of black people in the acting categories or any of the other major categories like Best Writing, Best Direction and Best Picture. This year, that pendulum swung hard the other way. This year, six black actors have been nominated in one year. That's more than in any other previous year. Seven actors of color in total were nominated. They include Denzel Washington and Viola Davis in Fences, Ruth Negga in Loving, Mahershala Ali and Naomie Harris in Moonlight and Octavia Spencer in Hidden Figures. Even though he's not black, Dev Patel was nominated for Lion. Patel is British but of Indian-descent.

Other than the actors, recognition came in the other major categories. For Best Writing, Adapted Screenplay, the late August Wilson who won the Pulitzer Prize and the Tony Award for Fences has gotten a posthumous Oscar nomination, 12 years after his death. Barry Jenkins and Tarell Alvin McCraney were nominated for Moonlight. McCraney is a playwright who is openly gay. There haven't been that many openly gay writers nominated. There have been certainly more gay writers nominated than gay actors nominated. There were only seven other black writers to be nominated prior to this. Only two black writers have ever won, Geoffrey Fletcher and John Ridley.

For Best Directing, Barry Jenkins was nominated for Moonlight. He's only the fourth black director to be nominated, following John Singleton, Lee Daniels and Steve McQueen. No black filmmaker has ever won.

There's also a lot of notable nominations for black filmmakers. Ava DuVernay directed 13th. DuVernay is now the first, black female director to be nominated for Best Documentary Feature. Surprisingly, she's nominated against three other black directors, including Ezra Edelman for O.J.: Made in America, Raoul Peck who is also Haitian for I Am Not Your Negro and Roger Ross Williams who is also openly gay for Life, Animated.

Ground was broken in two other technical categories. Bradford Young was the Director of Photography for Arrival. He was nominated for Best Cinematography, making him the first African-American to ever be nominated in this category. A black Briton was nominated previously for the film Elizabeth (1998). Joi McMillon was also the first, African-American woman to be nominated for Best Film Editing. She's only the second black person ever to be nominated in this category, following the late Hugh A. Robertson for Midnight Cowboy (1969).

Like Patel, there were some people acknowledged who aren't black but who aren't white either. Other minorities or people of color nominated include Asghar Farhadi, the Persion director of The Salesman, up for Best Foreign Language Film. Toshio Suzuki is the Japanese filmmaker of The Red Turtle, up for Best Animated Feature. Rodrigo Prieto is the Mexican photographer of Silence, up for Best Cinematography. Ai-Ling Lee is the Asian sound designer for La-La Land nominated for two Oscars this year, Best Sound Editing and Best Sound Mixing. Lin-Manuel Miranda is the Puerto Rican musician for Moana, up for Best Original Song for "How Far I'll Go." If Miranda wins, he will be an EGOT winner, or a person who has won the four major entertainment awards, the Emmy, Grammy, Oscar and Tony.

Speaking of which, the prevalence of black people this year hopefully won't be an anomaly. The prevalence of black people shouldn't also overshadow the lack of other minorities like Latino and Asian actors and filmmakers. The lack of Native Americans at the Oscars is also a huge problem. Even The Revenant last year, which featured quite a few Native American characters, overlooked that minority at the actual ceremonies. Hollywood in general needs to do a better job by Asian and Native American actors. The remake The Magnificient Seven introduced us to a great Native American actor, Martin Sensemeier, and a great Asian actor, Byung-hun Lee.

Unfortunately, when it comes to Asian characters in films, Hollywood has a bad tradition of white-washing them. Hollywood will typically hire white actors to play Asian roles. That bad tradition continued into 2016 with films like Kubo and the Two Strings, which got nominated for two Oscars, Best Animated Feature and Best Visual Effects, and Doctor Strange, which also got an Oscar nomination for Best Visual Effects, and is my pick for the winner in that category. 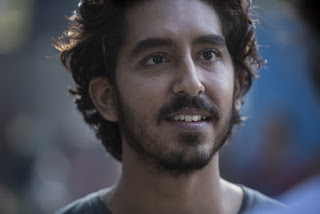 Going back to Dev Patel, Patel is the first actor of Indian-descent to be nominated in any acting category. Most Asian actors and films, unless they're martial arts movies, get ignored in the United States. Even crowd-pleasing, Bollywood films get supremely overlooked. I have noticed that the Regal Cinemas in Salisbury, Maryland, has been getting the occasional, Bollywood film. I did see Sultan in Salisbury. Sultan is about a male, Indian wrestler who falls in love with a female, Indian wrestler who is the daughter of his wrestling coach, a sport he happens into but then quickly obsesses over. Sultan was the second, highest-grossing film of 2016 and in the top ten of all-time, highest-grossing Indian films. It stars Salman Khan who is the highest-paid, Indian actor or performer, according to Forbes magazine.

Johnny Depp was at one point the highest-paid actor in the world. Depp's stardom was put into question this past year when he was implicated in a domestic abuse scandal. His film last summer, the sequel, Alice Through the Looking Glass was not well received. It will be a test to see if his next sequel Pirates of the Caribbean: Dead Man Tell No Tales does well or not for Memorial Day weekend.

However, several actors had very good years. Ryan Reynolds rode a huge wave of success with his film Deadpool, which became the highest-grossing, R-rated film of all-time. It also became ninth, highest-grossing film of the year. It won two Critics Choice Awards, including Best Actor in a Comedy for Reynolds. He also won the People's Choice Award for Favorite Male Actor. The film also received a nomination for a WGA Award. Reynolds himself also got a nomination for a PGA Award and a Golden Globe nomination. It's rare for an actor to get a major acting award for playing a comic book character. If you discount Michael Keaton in Birdman (2014), there have only been two actors in the 70-year history of the Golden Globes who have been recognized for playing comic book characters and both for actors playing the same character. Heath Ledger won the Golden Globe posthumously for The Dark Knight (2008) and Jack Nicholson was nominated for Batman (1989). Both played the Joker.

James Franco continues to be an actor who's output in film and TV is higher than any other A-list actor. However, Mahershala Ali who was nominated for Best Supporting Actor had the most prolific and qualitatively productive year than anyone else. He appeared in two hit TV series, House of Cards and Luke Cage. He's amazing in both, but he made remarkable appearances in four, feature films. He did a small, independent film called Kicks. He also did a film that came out over the summer called Free State of Jones. He's getting attention from the hit film Hidden Figures, but he's getting the most attention for his role in Moonlight, which could get him the actual golden trophy, making him one of the few Muslim actors to do so.

Michael Shannon had seven films released in 2016. The majority of his films, as compared to Elba, weren't blockbusters. The only blockbuster that Shannon appeared was Batman v Superman: Dawn of Justice, and that was just a cameo where he had no lines. He did two films with Jeff Nichols, including Midnight Special and Loving. He played Elvis Presley in Elvis & Nixon. He also did a tiny film called Frank & Lola. His best performances of the year are Complete Unknown and Nocturnal Animals. Shannon was nominated for Best Supporting Actor for Nocturnal Animals.

Aside from these individuals, child actors in general had the best year in cinema in 2016. Jaeden Lieberher, 14, in Midnight Special caught a lot of people's attentions early in the year. A lot of people were taken with Neel Sethi in The Jungle Book who was one of the few child actors to lead a mega-blockbuster, if you don't count Auli'i Cravalho, the Hawaiian teen who voiced the titular character in Moana. Yet, there was also Royalty Hightower, 10, in The Fits, Ferdia Walsh-Peelo in Sing Street, Oona Lawrence in Pete's Dragon, Lewis MacDougall in A Monster Calls, Michael Barbieri in Little Men and Ashton Sanders of Moonlight.

Remarkably, we got two, and arguably three, films by Terrence Malick. His commentary on Hollywood in the name of Knight of Cups came out early in the year during the spring but in the fall, Malick's long-gestating work Voyage of Time finally hit theaters but in two forms. The first form is a 40-minute, IMAX version that played in theaters capable of projecting 70mm film. The second form is feature-length and premiered at the Toronto International Film Festival but has yet gotten a general release. 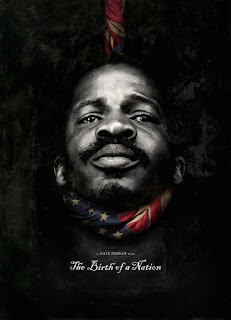 Warren Beatty released Rules Don't Apply. It's his first film as director since Bulworth (1998) and his first film as an actor since Town & Country (2001).  His wife Annette Bening is getting more recognition for her role in 20th Century Women. Yet, when it comes to women in film, the big story of 2016 had to be the hoopla surrounding the remake of Ghostbusters, starring an all-female cast, including Kristen Wiig, Melissa McCarthy, Kate McKinnon and Leslie Jones. The sexism and misogyny that was thrown at that film online were appalling.

The hoopla surrounding Nate Parker and his film The Birth of a Nation was probably the biggest story of 2016 in Hollywood though. His directorial debut premiered at the Sundance Film Festival and sold for a record number of $17.5 million, the largest deal ever. The film had a huge Oscar push, which totally and completely fell apart during the summer when the news media dug into Parker's rape trial in 1999 at Penn State University. The details of which and Parker's reaction to the news media weren't received well and caused the movie to bomb in the box office and be virtually shut out of awards season.