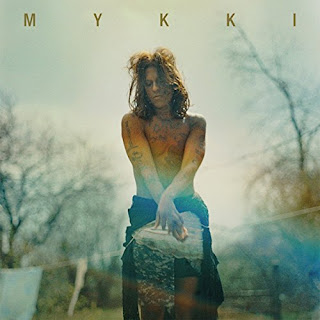 The nominations for the 59th Annual Grammy Awards were announced on December 6th. There weren't too many surprises in the major categories. Beyoncé received the most recognition with nine nominations. Drake, Rihanna and Kanye West received eight nominations. Chance the Rapper received seven nominations.

The nominations for Album of the Year included 25 by Adele, Lemonade by Beyoncé, Purpose by Justin Bieber, Views by Drake and A Sailor's Guide to Earth by Sturgill Simpson. Of the names on this list, the one who's not as well known is Sturgill Simpson. A Sailor's Guide to Earth, which is also nominated for Best Country Album, is only his third album and his first under a major record label, that of Atlantic Records.

Erik Ernst of the Milwaukee Journal Sentinel says, "The vibrant album features varied sonic landscapes that bound from rich symphonic strings to classic horn-driven soul." Ernst named Simpson's latest as #1 on his top ten list. Kevin Coffey also put Simpson on his #1 spot after having said, "Simpson has maybe the greatest voice in country - it can lull you in a love song or shake down walls - and hands that sizzle up and down the fretboard."

These nominations really have more to do with sales than with quality. If you look at Billboard magazine's list of the best-performing singles of 2016, that's where most of the aforementioned songs come.  Bieber's "Love Yourself" is at the top of that list, having spent 24 non-consecutive weeks in the top ten. "Work" by Rihanna is the fourth, best-performing single of 2016. "Stressed Out" is number five. "Hello" by Adele is number seven. "7 Years" by Lukas Graham is number twelve. "I Took a Pill in Ibiza" by Mike Posner is number fifteen.

The only song nominated that isn't a best-selling track is "Formation" by Beyoncé. There isn't a lot of information via Billboard for the song's sales in the United States. Her album did very well, but the only song from that album that's considered best-performing in 2016 is "Sorry," which is way down at number 71. This could be due to the controversy surrounding "Formation" and Beyoncé's rendition of it at Super Bowl 50, as well as the controversy surrounding its music video.

The Grammy Awards has never shied away from controversial music artists and songs. Some might remember the controversy surrounding the Dixie Chicks, leading to the creation of their 2007 album Taking the Long Way, an album that would win that country group Song of the Year, Record of the Year and Album of the Year. So, if history is any indication, Beyoncé is primed to be the ultimate winner on February 12 when the award show is telecast.

There are a lot of news headlines in 2016 that I could mention, but the only headline that caught my eye was the release of the debut album of Mykki Blanco called Mykki. Blanco's not top of the list of Metacritic's Best Debut Albums. That distinction goes to Whitney, King, The Frightnrs, Nao and Kaytranada. However, Blanco the year prior had announced that he or she was HIV positive. Blanco is African-American and is a rapper. The last time an African-American rapper announced something like this was Eazy-E back in 1995.

Since Eazy-E's death that same year, you can count on one hand how many songs have been released by black artists regarding HIV and AIDS, despite the fact that the black community is the most affected by HIV, according to the CDC. TLC did the song "Waterfalls" (1995) and Coolio did "Too Hot" (1995). Both songs were about the dangers of unsafe sex. Wu-Tang Clan did "America" (1996) and Janet Jackson did "Together Again" (1997). Those four songs were basically it from black musicians on HIV. Mykki Blanco's album, therefore, is commenting and shining a light where there has mostly been darkness.

NONAGON INFINITY by King Gizzard & the Lizard Wizard
LIGHT UPON THE LAKE by Whitney
GOOD TIMES! by The Monkees
SYNESTHETICA by Radiation City
COMMONTIME by Field Music

WE GOT IT FROM HERE... THANK YOU 4 YOUR SERVICE by A Tribe Called Quest
HELLA PERSONAL FILM FESTIVAL by Open Mike Eagle
REVELATION PT. II: THE FRUIT OF LIFE by Stephen Marley
CASHMERE by Swet Shop Boys
SLAY-Z by Azealia Banks

"At Your Best (You Are Love)" by Frank Ocean (cover of The Isley Brothers)
"Back to Life" by Alicia Keys from The Queen of Katwe
"Every Night You've Got to Save Me" by Mass Gothic
"Beggin & Pleadin" by Brandy
"Help Me Run Away" by St. Lucia
"Better Look Back" by Lucius
"Hey, No Pressure" by Ray LaMontagne
"How Could I Have Known" by Keaton Henson
"Black America Again" by Common
"Me Too" and "I Love Me" by Meghan Trainor
"(I'm the One) Big Big Fun" by White Denim
"Try Everything" by Shakira from Zootopia
"All Night" by Trashcan Sinatras
"Moonlight" by Ariana Grande
"Dawnstar" by Beth Orton
"Vivica" by Jessy Lanza
"She Don't Belong to Me" by Tom Odell
"Drive It Like You Stole It" from Sing Street
"Mad Love" by JoJo
"Nothing Left" by Kygo f/ Will Heard
"The Girl With Better Clothes" by Crooked Man
"Surprise Yourself" by Jack Garratt
"Copper Wire" by The Range (James Hinton)
"Gonna Make Time" by The Frightnrs
"Some Other Arms" by Benjamin Francis Leftwich
"You Gotta Move" by Parker Millsap (cover of Negro spiritual)
"Evan" by Little Scream
"To Love Somebody" by Karl Blau (cover of Bee Gees)
"Location" by Khalid
"Scar" by Foxes
"Wherever I Go" by OneRepublic
"Shrine" by Jeff Beck
"Some Gardens Green" by Chris Robinson Brotherhood
"Oyster" by D.D. Dumbo