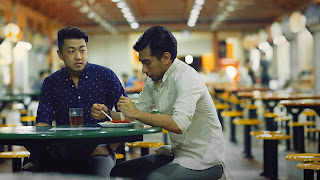 Back in 2010, the Los Angeles LGBT Center started a project called WehoLife, which used social media and video entertainment to raise awareness about HIV prevention, promote safe sex and reduce substance abuse. What emerged was a web series called In the Moment, written and directed by Dave O'Brien. It's the first thing that came to mind when this new series was brought to my attention, mainly because this series was co-developed through Action for AIDS Singapore or AFA, an organization with similar goals as the WehoLife project.

Even though it wasn't as crazy or melodramatic, the closest comparison for In the Moment would be Melrose Place. O'Brien's story and tone were a lot more serious and put the issues around unprotected sex and drug use right in the forefront. This series, written and directed by Leon Cheo, has the issues around safe sex more on the periphery. It frees this series to be a bit lighter, a bit more romantic. Cheo's structure is also a bit more finite, whereas O'Brien's series felt more free-flowing, or at least more long range.

Yet, oddly enough, Cheo's series feels bigger in scope. O'Brien doesn't really make that great use of West Hollywood, as opposed to Cheo who does make great use of Singapore in terms of a filming space and utilizing actual locations outside and throughout Singapore. It's even apparent in the first minute of Cheo's first episode. We're thrust into four different places, each with its own color and lighting scheme, setting up what is the vibrancy of Singapore. 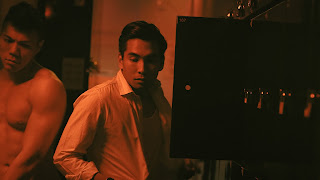 Whether it's the bright saturation of Suprette Cafe or the dark and dank reds of the underground sauna, Cheo's series captures the dynamism of Singapore and immerses us into its culture, as modernized and westernized as it is.

Another comparison to draw could be to Queer As Folk. This series could be a slight version of that Showtime series, yet set in southeast Asia. However, the fact that this is a predominantly Asian cast isn't much of a consideration here.

Its setting of Singapore makes for a beautiful, visual landscape but it doesn't factor into the plot or narrative here such that it is. The reality that it takes place in Singapore is almost incidental. Singapore does have a weird standing where legally gay men have no rights, yet the city-state does have a very active, gay community. Cheo, therefore, makes the choice not to be political here. He decides that being gay isn't a problem for these guys.

Recent films involving Asian characters like Front Cover (2016) or Spa Night (2016) do make being gay a problem and those films are set in present-day USA. Either Cheo is incredibly bold and forward-thinking, as he should be, or life for gay men in Singapore is not much different than life in San Francisco, or Pittsburgh as was the location for Queer As Folk, and the only concern for those looking for love and commitment is if there is anything more than the string of random hook-ups with hot guys. 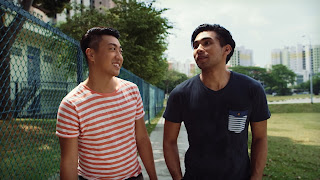 Ever since Richard Linklater popularized it with Before Sunrise (1995), several romantic TV series from HBO's Looking to Netflix's Master of None have done a singular episode dedicated to two characters who are dating who just spend the day together alone walking-and-talking around town. Cheo does the same here in his fourth episode and it allows him to dig into those two particular characters, Joel, played by Josh Crowe, and, Ridzwan, played by Irfan Kasban. Both are beautiful and nice in this episode, and the two-hander allows the audience to soak up these two boys as well as the city through which they stroll.

Rounding out the cast are Hemant Ashoka who plays Rai, a 20-year-old army recruit who is constantly on Grindr looking for Mr. Right until he meets 45-year-old banker Isaac, played by Steven Lim. Rai and Isaac's time is less a story-line with a resolution, as it is simply a realization. Yet, it was honest and a little sobering what happens between them. 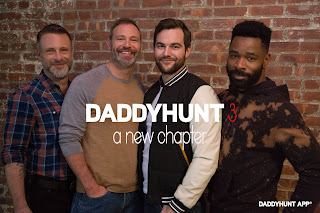 Interview - The Daddies of 'Daddyhunt: The Serial' Talk About Season 3