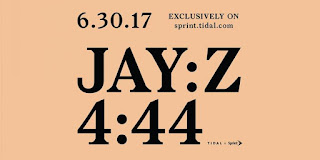 When Jay-Z said at the end of "Dirt Off Your Shoulder" on his Black Album in 2003 that he's the "best rapper alive," it wasn't just braggadocio. It actually just might be true.

Maybe all artists should consider waking up and writing music at 4:44 in the morning. Jay-Z's 13th album just dropped, but right now, it's my choice for the best rap album and possibly the best album of the year. Yes, I know, according to Metacritic, Kendrick Lamar's Damn is more acclaimed. Vince Staples' Big Fish Theory right now has better reviews, but only because he has more. As of July 10, Jay-Z's latest album 4:44 has 22 reviews, whereas Lamar's Damn has 38 reviews. Over the next month, more will weigh in on Jay-Z's album, which in its first week was certified platinum, and I'm sure more will agree that this is one of the best. Some see it as a clap-back to Beyonce's Lemonade. He definitely goes into personal issues like his mom being gay, but from that to his samples of Nina Simone to his reference of what happened at this year's Oscars with his track "Moonlight," one can't argue the record isn't topical.

Two albums released on the same day by two legendary artists require a spotlight. Chuck Berry was one of the pioneers of rock-and-roll. The African-American guitarist from St. Louis was one of the first musicians inducted into the Rock and Roll Hall of Fame. Some consider him one of the 100 Greatest Artists of All Time. Berry's last album was released in 1979, meaning he hadn't released anything in nearly 40 years. However, on his 90th birthday, which was on October 18, 2016, Berry announced he was putting out a new record. Berry died on March 18 of this year. The record in question, Chuck, dropped on June 9th, about three months later. It hearkens back to the glory days of Berry with such tracks as "Lady B. Goode" and is worth a listen. 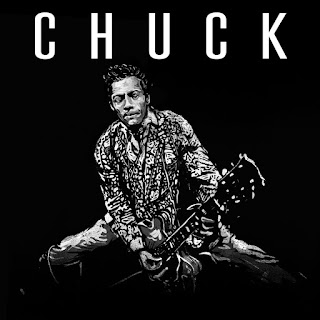 That same day in June, Adiós, the 64th and final album of Glen Campbell also dropped. The album isn't posthumous like Chuck, but Campbell had his farewell tour in 2012 after being diagnosed with Alzheimer's. Campbell is 81 and is an icon in the country music scene. He sold over 45 million records. He's won four Grammys in addition to the Grammy Hall of Fame and the Grammy Lifetime Achievement Award. He's also a bit of an actor having been nominated for an Oscar for his role in True Grit (1969). His final record is mostly cover songs, the best of which is "Everybody's Talkin," which was the theme song to the Oscar-winner Midnight Cowboy (1969).

Last year, one of my favorite rock albums was Nonagon Infinity by the Australian psychedelic band, known as King Gizzard & the Lizzard Wizard. In order to top the sonic mobius strip of that record, the band has announced that it will release four to five albums by the end of 2017. However, when all is said and done, the amount of material from King Gizzard probably won't be more than The Magnetic Fields' latest album 50 Song Memoir, which is literally five discs with ten songs on each. This isn't new for The Magnetic Fields, led by openly gay songwriter Stephin Merritt. In 1999, Merritt and his team unleashed 69 Love Songs, which was three discs with 23 tracks on each.

As is the norm, this year saw re-releases of famous and popular albums. The first was Sgt. Pepper's Lonely Hearts Club Band by The Beatles in honor of its 50th anniversary. Unfortunately, the only song on that album I enjoy is "With a Little Help From My Friends" but in reality I only like the Joe Cocker version, which is the first version I heard as it was the theme song to The Wonder Years.

Next was The Joshua Tree by U2 in honor of its 30th anniversary. I like this album much more. I think most of the songs on it are great, but I can't get over the fact that this album beat Whitney Houston's Whitney and Michael Jackson's Bad for Album of the Year at the 30th Grammy Awards.

The final re-release of note was OK Computer by Radiohead. It is the highest rated of all the re-releases but not actually so in my mind. "Karma Police" and "No Surprises" are two songs I appreciate. I never listened to the album when it first came out in 1997. I did listen to Radiohead's In Rainbows when it came out 10 years later and that record to me is their best work.

A bit of fuss has to be made over the new, young talent on the music scene. Before the July 4th holiday, Lorde had the number-one album in the United States and she's only 20-years-old. Melodrama is Lorde's second record. It debuted last month at number-one on the Billboard 200. Dan Stubbs of New Musical Express said that it's "rudely excellent" as well as "introspective without ever being indulgent."

Another new, young talent who isn't as successful as Lorde but still worth mentioning is Khalid Robinson, the 19-year-old R&B singer from El Paso, Texas. Khalid started out doing well on social media. His first single "Location" was one of my favorite songs from last year. Its appeal led to a sold-out tour earlier this year. Khalid's debut album American Teen started out in the top ten, Just prior to the July 4th holiday, it was still in the top twenty, four months after its premiere. Khalid was even nominated as Best New Artist as the 2017 BET Awards. Jon Caramanica of The New York Times said Khalid's record is "bedroom art-soul and 1980's new-wave pop."

I don't know quite what that means, not being a music critic, but hopefully it speaks to how good Khalid is as a musician. One last thing, as I was listening to music released in June, I noticed something interesting. There are two, really good albums titled Witness. There's the rock album by Benjamin Booker that came out on June 2nd and then there was the pop album by Katy Perry on June 9th. Neither made my final list but here is that list of favorites... so far.

THE NASHVILLE SOUND by Jason Isbell and the 400 Unit
WRANGLED by Angaleena Presley
FROM A ROOM, VOL. 1 by Chris Stapleton
FREEDOM HIGHWAY by Rhiannon Giddens
THE BREAKER by Little Big Town
STITCH OF THE WORLD by Tift Merritt
JOY COMES BACK by Ruthie Foster
LIFE LOVE FLESH BLOOD by Imelda May

HOT THOUGHTS by Spoon
THE UNDERSIDE OF POWER by Algiers
ROCKET by (Sandy) Alex G
WAITING ON A SONG by Dan Auerbach
WOODSTOCK by Portugal. The Man
YOU'RE WELCOME by Wavves
L.A. DIVINE by Cold War Kids

MY LOVE DIVINE DEGREE by Cody Chesnutt
THE ORDER OF TIME by Valerie June
FIN by Syd
GREEN TWINS by Nick Hakim
STRENGTH OF A WOMAN by Mary J. Blige
HUMAN by Rag'n'bone Man

4:44 by Jay-Z
BIG FISH THEORY by Vince Staples
CAPTAIN CALIFORNIA by Murs
THE CHIEF by Jidenna
DAMN by Kendrick Lamar

"All the Punks are Domesticated" by Ron Gallo
"Shiver and Shake" by Ryan Adams
"Fire and Rain" by Acceptance
"Wanderer" by Rose Elinor Dougall
"Surfin" by Kid Cudi f/ Pharrell Williams
"We Can Always Come Back to This" by Brian Tyree Henry from This Is Us
"Wicked Game" by Lydia Ainsworth
"She Said" by Sundara Karma
"Baby Come to Me" by Sondre Lerche
"My Balloon" by Gabriel Garzón Montano
"Red Sky, Blue Mountain" by Samantha Crain
"Right Road" by Nelly Furtado
"Live Your Fantasy" by José James
"Never Too Much" by Jeb Loy Nichols (cover of Luther Vandross)
"Everybody's Talkin" by Glen Campbell (cover of Harry Nilsson)
"Not Letting Go" by Tinie Tempah f/ Jess Glyme
"Loneliest" by Incubus
"Lie" by Halsey