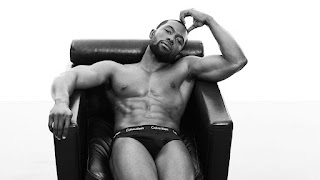 One look at Trevante Rhodes in his Calvin Klein ad this year, the 2017 Spring underwear campaign, and it's no wonder why he's worthy of any list of the sexiest stars. He's a former track athlete who had the most eye-catching role in the Oscar-winning Moonlight. He made the list last year but deserved an honorable mention.

Of course, thanks to Instagram, we're allowed sneak peeks into the lives of actors. A lot of them end up putting some hot pictures out there. Three actors who I started following include Scott Shilstone who had a very funny role in Drumline: A New Beat and a very alluring role this year in Days of Our Lives and Khasan Brailsford who is a model and LOGO reality star. There's also YouTube star, Nick Mardi whose program The Latest Late Show has been hilarious to watch. 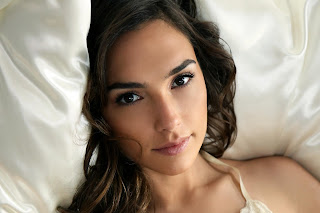 No list this year about sexy women can overlook Gal Gadot whose star-making role in Wonder Woman is one of the stories of 2017. Thankfully, she's sexy without being sexualized. She's not an object but a true expression of female empowerment and beauty. She kicks ass and looks great doing it.

11. JOHN BOYEGA - Two years ago, this young man stole our hearts in The Force Awakens. He's returning to the role of Finn in Star Wars: The Last Jedi, but in the meantime the boy has been busy, showing off his more serious acting chops in Netflix's Imperial Dreams and in this summer's sociopolitical drama Detroit by Kathryn Bigelow. 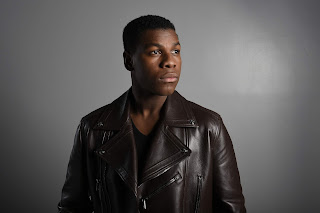 10. RILEY KEOUGH - Some might remember her from The Runaways (2010), a film about an all-girl rock band, which makes sense given she's the eldest grandchild of Elvis Presley. She was also among the girls in Mad Max: Fury Road. She really didn't step into her own until last year's American Honey as the antagonist in that Andrea Arnold film. 2017 is turning out to be a banner year for her. Earlier in the winter, she had the lesbian drama Lovesong as well as the indie flick The Discovery. This late spring, she had a small role in the horror It Comes At Night. Her appeal is certainly recognized in that movie, and for the summer, she has Steven Soderbergh's return to film Logan Lucky. 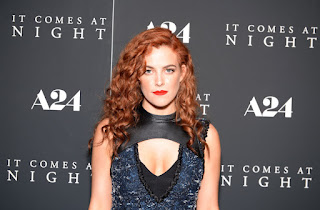 9. DEV PATEL - He became famous as a teenager for his role in the Oscar-winning film Slumdog Millionaire (2008) and it was reported that the reason Patel was cast in that film was because the director, Danny Boyle, didn't want a handsome hero-type. The Bollywood star Ruslaan Mumtaz was up for the role but was considered too good-looking, so it went to Patel. With the exception of Ben Kingsley who is half-Indian, Patel is the first actor of full-Indian descent to be nominated for the Academy Award for his latest film Lion, a role that many have remarked on how stunning Patel is. A Buzzfeed article points out his now status as "super-hot." It's his long, flowing hair and his muscular, surfer physique. Even Ellen DeGeneres argued that he should be 2017's Sexiest Man Alive. Alonso Duralde commented on how photogenic he was also. 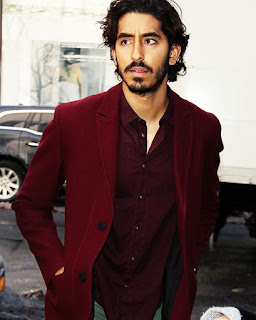 8. AULI'L CRAVAHLO - She's the teen singer from Hawaii who had her breakout role in Disney's Moana. She gave arguably the best performance at the 89th Oscars when she performed "How Far I'll Go" with Tony-winner and Oscar-nominee Lin-Manual Miranda. She was amazing despite being whacked on the head during the live telecast. She's starring in NBC's Rise in the fall, which could be this year's Glee. 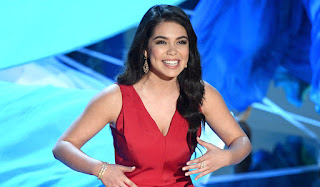 7. LEWIS TAN - He only has one credit on IMDB this year and that's for a guest role on Marvel's Iron Fist on Netflix. Tan appears in Episode 8 of that series as a drunken martial artist. His father is a famous stuntman who has been in the business for over 30 years and his mother is a fashion model. Both things he beautifully inherited. Tan has been flying low on the radar for the past decade, but he made a lot of news in March when he revealed to Vulture magazine that he almost was cast as the lead in Iron Fist, which blew up the Internet and became a crucial point in the Asian-American representation debate that's been raging over the past year. He joined in on the debate giving several interviews to that effect and it got his name out there, so much that female-targeted blogs like PopSugar can oogle shirtless pics of him on Instagram. 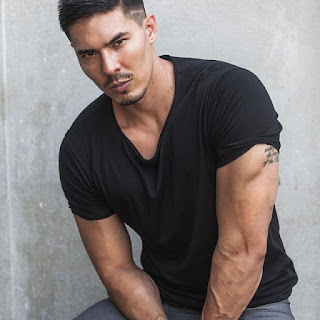 6. ANYA TAYLOR-JOY - She's only 21. She's from Miami but lived in Argentina only speaking Spanish until she was six. A Marie Claire article revealed she is part Hispanic. She then grew up in London. She really burst on the scene last year in the horror film The Witch (2016). She did a one-two punch when she starred in the hit M. Night Shyamalan film Split right after that. 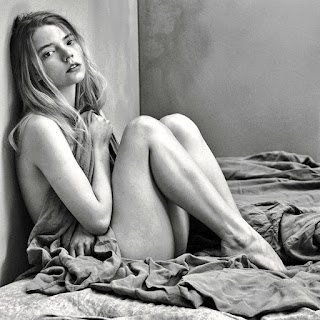 5. CHARLIE HUNNAM - The British hunk was just put on the cover of GQ Thailand in a very gorgeous spread. He first caught people's attention in 1999 with Channel 4's Queer As Folk as a gay teenager in Manchester. A lot of people pushed to have him be Christian Grey in Fifty Shades of Grey but he had a conflict with his FX series Sons of Anarchy, which caused him to leave the project. His exercise regimen for King Arthur: Legend of the Sword garnered a lot of press including the cover of Men's Health magazine. The thing everyone should see from him this year is the stellar The Lost City of Z. 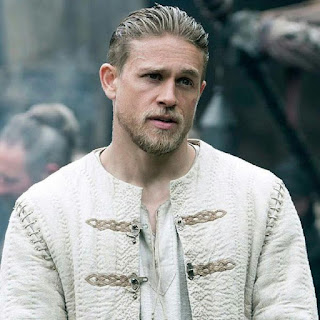 4. NIA LONG - She first appeared in Boyz n the Hood (1991) as just a teen. Her role in Love Jones (1997) was what put her on the map as not only an actress but as a beautiful, amazing woman. This year, she had guest roles on two TV series and she was the sexiest thing in both. She played a horny lesbian, college professor having an affair with her male student in Netflix's Dear White People. She also played a devious gangster in the casino business in FOX's Empire named "Juicy" and the name could have been a descriptor for how delicious her body was and all the looks she threw. 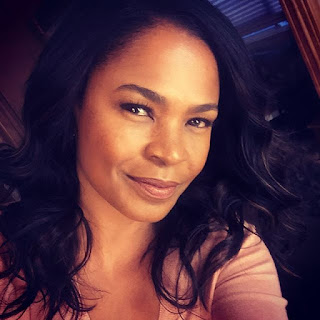 3. ARMIE HAMMER - The 30-year-old impressed seven years ago playing the Winklevoss twins in The Social Network (2010). He was perfect as the tall, handsome prince in Tarsem's Mirror Mirror. He also had a star-making turn in The Lone Ranger, opposite Johnny Depp, but 2017 is poised to give him a lot of praise and attention for his role in Call Me By Your Name, if the buzz coming out of the Sundance Film Festival where it premiered is any indication. 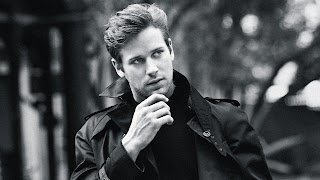 2. KRISTEN STEWART - The star of the Twilight saga has proven herself an actress of great merit with her smaller, more independent films like her role in The Runaways and especially in Clouds of Sils Maria for which she won the César Award, the first American actress to do so. She worked with the same French director of that film again this year for Personal Shopper, which effortlessly shows off her natural ability, as well as her beautiful topless form. Saturday Night Live had a poke at her sex appeal when she hosted and proudly proclaimed she was gay. Magazines like FHM have also repeatedly listed her as hot. 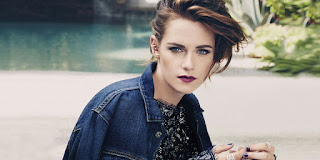 1. NICOLE KIDMAN - People magazine named her one of the World's Most Beautiful People about 15 years ago. She is a bonafide movie star who has been nominated four times for an Academy Award. She won her second time for The Hours (2002). Her fourth nomination came this year for Lion, but that's not enough for her. She was on an HBO series Big Little Lies, which might earn her an Emmy nomination. She also had four other projects, which all premiered at Cannes. 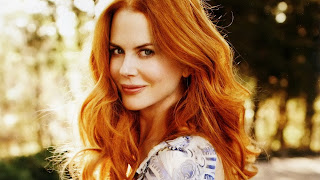 Shoutouts go to Gary LaVard, the star of the web series About Him as well as Milan Christopher, rapper and reality star who recently posed nude for Paper magazine.