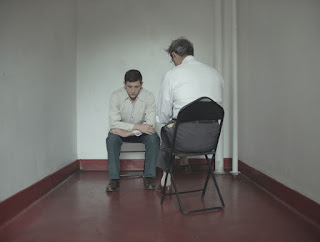 This film is based on the life of Walter J. Freeman. Freeman is a physician, a medical doctor from Philadelphia. He was born in 1895. He became well known for performing lobotomies. He actually performed his first lobotomy in 1936. He specifically developed the transorbital lobotomy, which is a procedure where a needle is inserted into the side of a person's eye in order to cut the front part of the brain. It was meant to treat mental illness, but the only thing it did was cause brain damage and often permanent brain damage. Freeman's medical partner left in 1950 due to his belief the procedure was too cruel and too overused. Freeman, however, traveled across the country to various mental institutions. He performed around 4,000 lobotomies in 23 states and around 2,500 were transorbital. He had no formal training. He wore no gloves or mask. Around 15-percent of those transorbital patients died. Around 40-percent of his patients were gay, and Freeman's procedure was seen as a way of curing homosexuality, but it only made healthy patients disabled for life. Many had to be retaught how to eat and use the bathroom. 19 of Freeman's patients were minors. One was even a 4-year-old. One was President John F. Kennedy's sister, Rosemary Kennedy.

Director and co-writer Rick Alverson gives us a vague rendering of who Freeman was and what he was doing, but the movie never truly relates what Freeman's victims experienced or even who they were. We never truly empathize with his victims. This is emblematic of how Alverson shoots this film. He shoots it on actual 35 mm. He frames it in Academy ratio, which could help to bring the audience closer to the subjects or even objects of the narrative. However, Alverson utilizes mostly wide shots or mediums. Literally through his framing, Alverson keeps us at a distance from the victims and the people here. 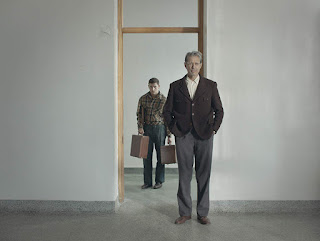 Tye Sheridan (Ready Player One and X-Men: Apocalypse) stars as Andy, a young man, probably still a teenager, not much older than 20. He works at an ice skating rink in the early 1950's. He sharpens the blades on the ice skates. He operates the Zamboni machine. He shovels the excess ice to make sure that the rink is smooth and clean. The reason he works there is because his father is a former figure skater. Andy's father passes away and his mother has been hospitalized, so Andy is left adrift. Andy is very cold and detached, which makes sense, given where he works, but he just seems like a very quiet and shy boy.

Jeff Goldblum (Thor: Ragnarok and Jurassic Park) co-stars as Wally Fiennes, the doctor who knew Andy's mom. He arrives after Andy's father dies and offers Andy a job as his assistant. Wally is going on the road to various mental hospitals to perform lobotomies. He needs an assistant to carry supplies, take dictation on a typewriter and also take photographs on a Polaroid Land Camera Model 95. He's only viewed through the eyes of Andy. He's slightly warmer than Andy in his personality. Yet, there is a detachment to him. He seems more engaged with being a womanizer and bedding as many ladies as he can along the way than he is with his patients. 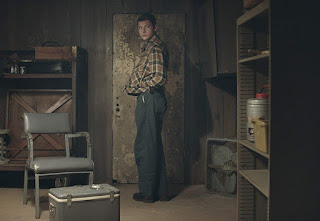 As we go with Andy and Wally to the various mental hospitals, Andy takes pictures of Wally performing lobotomies. Often, Andy has to wait in the hallway. He observes a lot of those patients. He'll occasionally say some words or ask them questions, but otherwise Andy doesn't talk, so it can never be an investigation or interrogation of who they or what they're experiencing. Through the looks on Andy and the patients' faces, we get that what Wally is doing isn't good or helpful, but, for the majority of the film, we don't feel the effects or consequences of what Wally is doing. There are shots of Andy sitting or standing in mental wards around people, but there's no sense if those are before or after Wally's work on them.

Given that 40-percent of Freeman's patients were gay, it basically makes Freeman a huge homophobic person who was literally crippling or killing gay people through his procedure. The fact that this film doesn't really explore or refute Freeman's homophobia is probably this film's chief flaw. Alverson's script suggests that Andy might be gay or has same-sex attraction. In the opening, Andy uncovers a room underneath or in the back of the ice rink with a series of female nude pictures, but the one on which he focuses is a picture of someone who is possibly intersex. Later, Andy seems to leer at shirtless men. Andy is seen having sex with a girl, but he could still be bisexual or queer in some way. 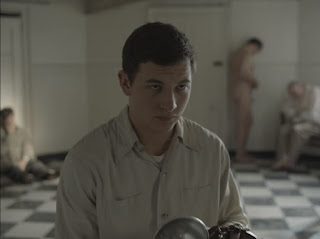 Regardless though of how Andy identifies, the film doesn't identify any gay or queer people specifically. It's a highly, highly, missed opportunity. It also dilutes the horror of what Freeman did. Wally otherwise comes across as an outdated physician, engaging in an outdated procedure without exposing the true insidiousness that informed what he was doing. It lets the man off the hook in a lot of ways. Even if one didn't know about the real-life person, the film still feels like it lets Wally off the hook, as well as doesn't develop or dive into Andy's character, beyond him missing his mother and having a burgeoning sexuality.

Available on DVD and VOD, including Hulu.