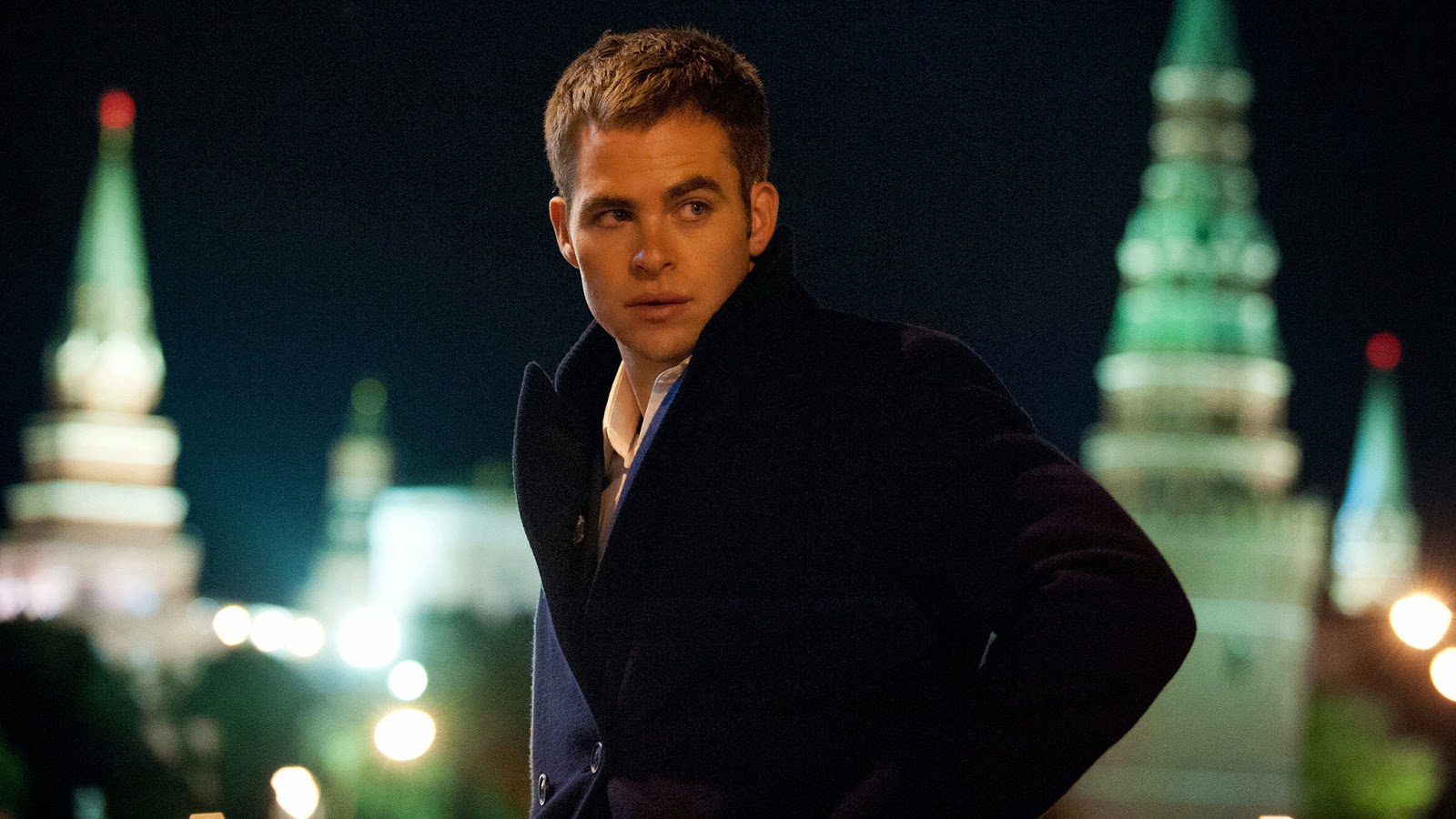 The opening takes place on September 11, 2001, but from the perspective of an American in London, watching the aftermath on television. Chris Pine (Star Trek and Unstoppable) plays that American named John Patrick Ryan, a blue-eyed, aspiring economist from Baltimore who instead abandons his Ph.D to join the marines and serve in the War on Terror. A serious injury takes him off the battlefield in Afghanistan and lands the man nicknamed "Jack" a desk job as an analyst for the CIA.

Kevin Costner co-stars as Navy Commander Thomas Harper who recruits Jack and is his handler. Keira Knightley also co-stars as Cathy Muller, a doctor at Walter Reed Medical who falls in love with Jack but who is kept in the dark about what Jack really does.

What Jack does is gather information. He's strategically placed at a brokerage or financial firm on Wall Street where he uncovers not only securities fraud but also an international plot by the Russians to collapse the U.S. economy using terrorist acts. After he uncovers it, he's put upon to help stop the plot. He then becomes a reluctant field agent.

In that regard, director Kenneth Branagh crafts a kind of modern-day Three Days of the Condor. It's a nifty and thrilling, semi-spy movie. It's a little bit lighter than Mission: Impossible in terms of the action, but it's a little heavier than Die Hard. It's somewhere in between those two. Unlike with Branagh's Thor, this action film had and maintained a momentum and energy that never slowed.

I've never seen the other Jack Ryan films, which are based on the books by the late Tom Clancy. Compared to those others, this might be lesser, but ignoring those others, this version stands on its own as just a compelling adventure, even though it does boil down to a person downloading computer files.

Five Stars out of Five.
Rated PG-13 for sequences of violence and intense action, and brief strong language.
Running Time: 1 hr. and 45 mins.