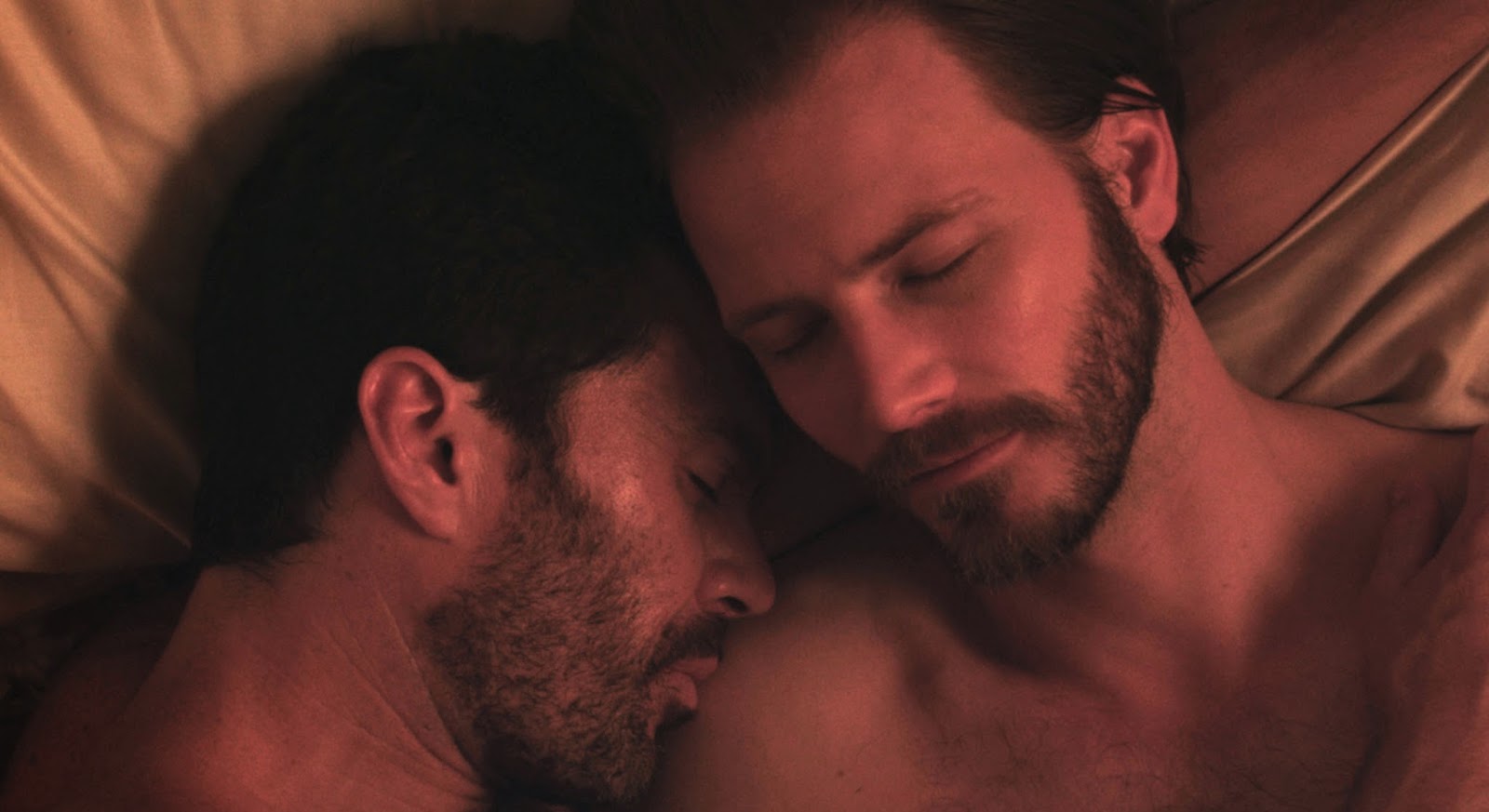 Two gay men are on parallel tracks. They don't know each other, but they're dealing with very similar or analogous situations. Writer-director Yen Tan makes the fact that the two have much in common dramatic irony for the characters. He does so by keeping the two men apart. They don't meet and have a romance, as might be expected. Instead, the two just live their separate lives. This is opposed to the Malaysian filmmaker's previous feature Ciao (2008), which does have the two men meet and have talking to each other and verbally analyzing things be the crux. This film is restrained and more subtle. Despite comparisons, it's not like Brokeback Mountain (2005).

Bill Heck and Marcus DeAnda star as Gabe and Ernie respectively. It seems as if both are blue-collar workers. Both possibly do construction. Both have pets. Gabe has a dog. Ernie has a cat. During their lunch breaks, both read. Gabe reads books. Ernie reads magazines. Both have roommates who are ex-lovers. Gabe lives with his ex-wife and Ernie lives with his ex-boyfriend. Both their ex-lovers are dating other people, which makes both men somewhat frustrated and lonely.

Both have issues moving on with new lovers. Gabe is slightly closeted. His ex-wife knows he's gay, but Gabe doesn't really talk about it openly, certainly not with his co-workers. His wife tries to set him up on dates but they don't go well. Ernie has a friend in a coma whom consumes his free time. Of course, he wants his comatose friend to wake up, yet it provides a distraction from the problems he otherwise avoids.

Both Gabe and Ernie have conversations that echo one another. While the conversations never explicitly address homophobia in the small Texas town where they live, both are conflicted over whether to stay or leave the town. One conversation is cloaked under the guise of a young person getting out to go to a place where there is a bigger college or university and a better education beyond blue-collar work, but it all goes back to escape.

Both Gabe and Ernie will never be able to physically escape, but both have to find an escape of a different kind. The performances of Heck and DeAndra are superb in conveying this, but the supporting cast is fantastic as well. Amy Seimetz who plays Gabe's ex-wife is amazing. She tries to find her own escape as well. The lengths she goes to avoid her conflicting feelings make for heartbreak later.

Yen Tan just peppers this movie with so many genuine moments. There's simply an authentic feeling that pours through the screen that warms any viewer of it.

Five Stars out of Five.
Not Rated but recommended for mature audiences.
Running Time: 1 hr. and 20 mins.