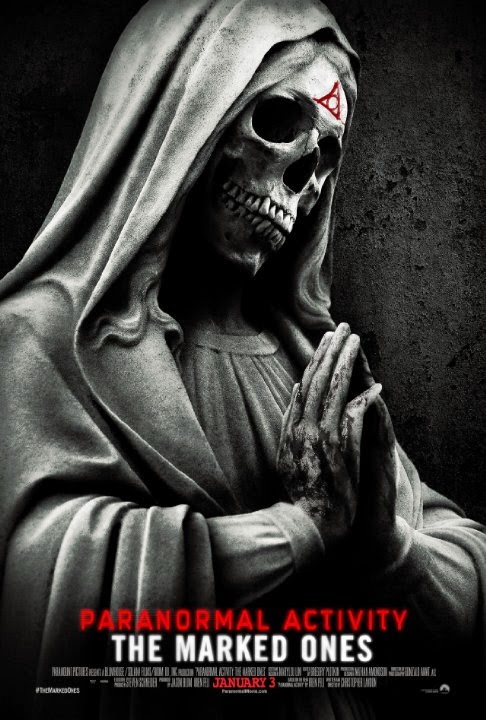 Just as 2013 was heralded as the year of black cinema, this film being the first wide release of 2014 might herald 2014 as the year of Hispanic cinema. What is incredible is that this film has many moments where characters speak in full Spanish and there are no translations or subtitles. It's set in Oxnard, California, which is a predominantly Latino community and its two lead characters are two Hispanic, young men.

Hispanic culture is also in full display and is played as normal. It's clear who the target audience here is. Yet, it's not exclusive to Spanish-speaking crowds. The beauty of it is that it does present these Hispanic characters in a mainstream way, which is something that multiplexes rarely get. The last one I can recall was End of Watch (2012) starring Jake Gyllenhaal and Michael Peña, which this movie shares a few things.

Making his feature film debut, Andrew Jacobs plays Jesse and Jorge Diaz (Crush, Filly Brown, East Los High and Love, Concord) plays Hector. They're two best friends who live in the same apartment building. It's the summer of 2012 and Jesse has just graduated from high school. Hector has a video camera and is using it to document what they hope will be a fun few months before Jesse goes to college or does whatever he's going to do as he moves on with his life. Jesse has just gotten a new GoPro camera and he's also shooting the heck out of it.

Yes, like the four previous Paranormal Activity films, this is a found footage movie, so the suspension of disbelief has to be increased in order to overcome the obvious questions of why these two would be recording all the things they do, even in situations where no rational person would. There is a scene where Jesse and Hector upload some of their videos to the Internet. Given something like Exit Through the Gift Shop (2010) and the vast wasteland of cell phone videos that dominate YouTube, that suspension of disbelief is no longer a difficult one.

Writer-director Christopher B. Landon who wrote the last three Paranormal Activity films patterns this movie a lot after Chronicle (2012) where it's all about three teenagers who discover something supernatural. They enjoy it and are marveled by it until bad things start to happen and one of the three becomes pulled more into the dark side. The only difference is instead of a meteorite that reveals potential superhero origins, this movie has the teens witness a murder that reveals a potential witches' coven.

It references the first Paranormal Activity in several ways, not all of which I appreciated. It all builds to a ghost or demonic possession, just like the first. Yet, at least, the possession is part of the narrative. The other references aren't really germane, unless this is just setup for the sequel. If not, the references stand as simply callbacks, imagery that the filmmaker perhaps thought he needed to connect to the other films.

I had hoped this film would simply be a stand-alone story. With the Final Destination series or The Fast and the Furious series of films, the makers of which felt the need to make every installment be tied or linked, as if it's all part of a chain. More strangely, each of the series feels the need to double back on itself. At some point in the series, the movies literally reverse course, not necessarily all the way to the beginning but to some earlier film.

Here, I don't think it worked. It's hard to argue that the doubling back is ridiculous, given the premise of this movie is ultimately ridiculous. The doubling back to an earlier film in the series is merely superfluous. It isn't a flashback and it doesn't make this movie a prequel. I might have appreciated the movie had it been a prequel, but I rather prefer the fact that Paranormal Activity: The Marked Ones depicts modern-day Latinos in the United States who just happen to be fighting evil forces.

The jump scares aren't any scarier than in previous installments. The special effects are on par with Chronicle, particularly with the moments of levitation. Andrews and Diaz are two young, interesting and charming actors who give good performances.

There is also a scene that I thought was stupid but still fun. The characters take the expression, "never bring a knife to a gun fight" to the next level. They prove, "never bring a gun to a ghost or demon fight."

Five Stars out of Five.
Rated R for pervasive language, some violence, graphic nudity and some drug use.
Running Time: 1 hr. and 24 mins.