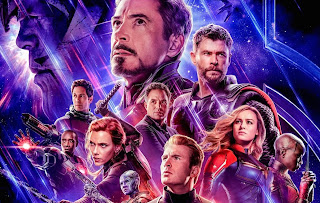 Avengers: Endgame is not only the biggest movie of the year. It's most likely going to become the biggest movie ever, not accounting for inflation. It started out with the biggest opening weekend ever, nabbing $357 million domestically and $1.2 billion in its opening weekend globally. When it comes to the domestic box office, this movie is now number-two behind Star Wars: The Force Awakens, which rules at $936 million. Avengers: Endgame is coming close to that number but it might not surpass it.

It did surpass Star Wars: The Force Awakens in the worldwide box office. It made headlines when it surpassed Titantic, which made $2.1 billion globally. However, the number-one movie is Avatar, also by the same director as Titantic, James Cameron. That film made $2.788 billion. Avengers: Endgame will easily take that crown, given that the Walt Disney Company has put the movie back into more theaters. Avengers: Endgame will beat Cameron's "king of the world" status to be the top film globally. 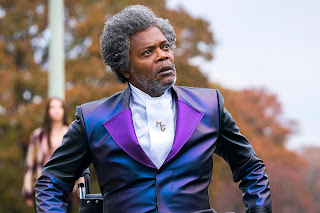 Adjusted for inflation, Avengers: Endgame is still far behind a lot of movies, particularly Gone With the Wind (1939) which still stands as the most successful film of all-time. I mention the Oscar-winning, 1939 film because this year marked its 80th anniversary. Thanks to Fathom, the 1939 classic was re-released in theaters where it added a couple million more to its total. Fathom also re-released a lot of other films that also had anniversaries this year. Fathom will probably re-release a dozen or so total by the end of the year, but the only other one of note is The Wizard of Oz (1939), which also had its 80th anniversary this year too.

As usual, I always like to look at the diversity in Hollywood. Last year was a fairly good year for diversity. The big examples were Black Panther and Crazy Rich Asians. This year, there are some notable examples of number-one movies that feature people of color in the lead roles. Aquaman (2018) was held over from the end of last year, which had Jason Momoa who is of Hawaiian descent becoming a household name. African-Americans saw success like Kevin Hart who was in The Upside, which was number-one for a week, and Samuel L. Jackson who played the titular character in Glass, which was number-one for three weeks. Jackson ended up appearing in four films this year that was number-one in the box office. Two of which had him in leading roles. 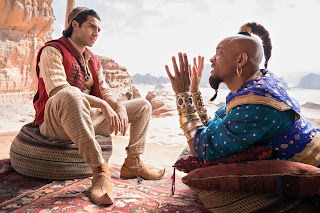 One other film to spotlight in this regard is Aladdin, the live-action remake of the 1992 animated film of the same name. Of the dozen or so, live-action remakes from Disney, Aladdin is probably the most diverse. It mostly features actors who are either of Arab, Middle-Eastern or Southeast Asian descent, which is problematic for some, given the fact that it's not specific in what region and culture it's depicting. The iconic role of the genie was played by Will Smith, obviously an African-American. Smith's presence probably helped to lift the film into the number-four spot of the year. As of July 19, it currently stands at about $335 million domestically and $965 million globally.

It's rare lately that a blockbuster or mainstream film will make my list for the best of the year. There are a couple of Hollywood titles that I very much enjoyed. Those titles might be typical in their narrative tropes, but I found them to be fun or satisfying. Other than that, I found films that address a lot of varying topics, including gentrification, black masculinity, criminal justice reform, mental illness, poverty, education, bisexuality, American excellence, Asian culture and parenthood.

Here's my list of my favorite films up till this point. 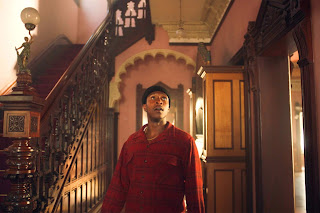 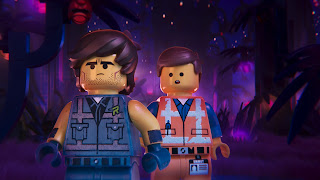 THE LEGO MOVIE 2: THE SECOND PART by Mike Mitchell
WE ARE THR3E by Marco Briem Stamm
APOLLO 11 by Todd Douglas Miller
ALWAYS BE MY MAYBE by Nahnatchka Khan
JUSTICE LEAGUE VS. THE FATAL FIVE by Sam Liu
STUBER by Michael Dowse 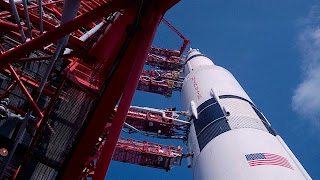