Breaking Glass Pictures released on DVD the movie Aleksandr's Price, the review of which can be read here. The writer, director and lead actor is Pau Masó. Thanks to twitter, I was able to arrange an interview with the young filmmaker where he revealed a lot about his life, which directly inspired the making of Aleksandr's Price.

Masó was born in 1986 in Spain. He was raised in the town of Salt. Much like the USA, which has 50 states, Spain has 50 provinces, which are grouped into 17 regions. Salt is located in the province of Girona in the region of Catalonia, which occupies the absolute northeast corner of Spain. Salt is about 100 kilometers or 60 miles north of Barcelona.

Masó told me that when he was seven years-old, he wanted to own a Hipercor and be a millionaire. A Hipercor is Spain's equivalent to a Walmart. However, Masó says, "As a kid, I was extroverted, and silly." Therefore, he also thought he might be an actor instead.

As he looks back on his childhood, there are few films he remembers vividly. Three that do stand out are Labyrinth (1986), Stephen King's It (1990) and The Mask (1994). He says that he and his mom went to the theater to see City of Angels (1998). He adds that he fell in love with that movie and that it actually made him cry. 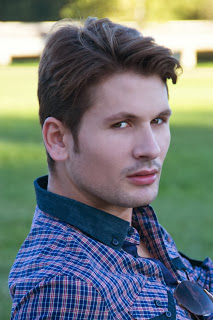 When he graduated from high school at 16, he studied photography. After a classmate took pictures of him, it encouraged him to pursue modeling. At the age of 18, he came to the U.S. for the first time, visiting San Francisco, but he was only able to stay for 3 months.

In order to stay in the country longer, Masó became an au pair. Under the Au Pair program, Masó was able to live with an American family for a year as long as he provided childcare. He stayed with a family in New Jersey, but things did not go well, so he transferred to another. Yet, he and that family also did not get along. Masó ended up staying with a third family.

That third family sponsored Masó so he could attend college. He stayed with them for two years, while he studied at Union County College in Cranford, which is just a half-hour outside Manhattan. Afterward, he did end up living in New York City for a year. It was during this year that Masó experienced the material that would comprise Aleksandr's Price.

Masó transferred to Santa Monica College on the west coast in 2010 to continue his studies, but his financial situation forced him back to Spain. A year later, he began writing the screenplay that would eventually become Aleksandr's Price, which he completed in 4 months. 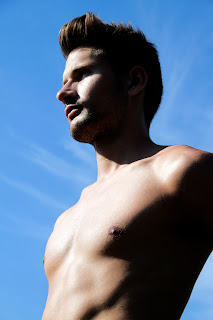 While living in NYC, Masó spent one month dancing in a gay bar. Masó says, "I was in a weird place in life. NY was crazy, I was partying very much but at the same time I was tired of everything and felt I was losing my mind." He emphasizes that he never did drugs, but he did drink a lot. He said he took the dancing gig because the opportunity presented itself and he thought the experience might make for a good movie. Dancing at a gay bar also provided him all the free alcohol he wanted.

He danced once a week, every Thursday, for a month. Most likely he was shirtless and in nothing but his underwear. He said he ultimately didn't like it because the clients were often rude and touched him in places he didn't want to be touched. However, Masó did notice a guy there who he believed was Russian. That Russian would leave with the owner, a very old man, and, according to Masó, it all looked suspicious. Masó did meet male prostitutes from Russia who liked having sex for money, but when he was crafting his screenplay, Masó wanted to present prostitution as a need rather than a desire.

When auditioning for roles, his Catalan accent worked against him. He knew that if he was going to write this movie for himself, then making the main character a foreigner would be the way he would have to go. In order to portray his character of Aleksandr and perfect the Russian accent, Masó watched YouTube videos. The actress who plays Aleksandr's mother is Russian herself, and was able to help as well.

If Masó was going to make this movie about a prostitute, a young man who gets paid for sex, there would also need to be sex in the movie. All the sex depicted on screen is gay sex. Yet, Masó doesn't necessarily consider his movie a gay film, or a LGBT film. He says that Black Swan (2010) was more of an influence when writing this script. 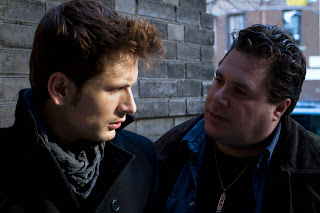 Masó would not even label his character Aleksandr as gay. He thinks the reasons Aleksandr sleeps with men are related to the father he never had. His sexual orientation might not be gay. He might simply be "feeling or confusing the connection that he missed by sleeping with men."

Masó is back in Spain right now. His plan is to come back to the USA, but only as long as he can work as a filmmaker. He says he's efforting hard on his independent projects, so eventually he can get an artist visa and make the transition. He says he hopes his story inspires other filmmakers who don't have much, as he didn't, to still go out there and create films. 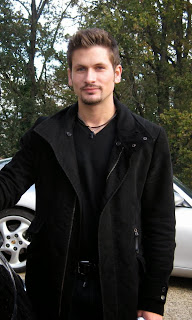 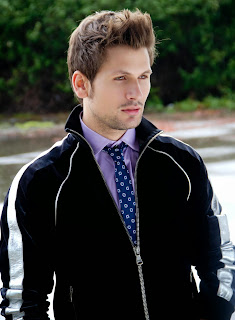