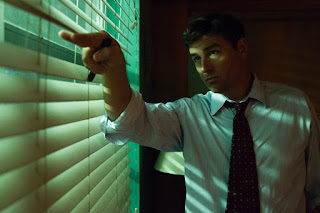 Ten episodes were made available this year as opposed to the 13 episodes last year. I binge-watched them on Memorial Day. It continues following the Rayburn family, a prominent family in the Florida Keys.

Kyle Chandler (Friday Night Lights) stars as John Rayburn, the Deputy of Monroe County. Linda Cardellini (Freaks and Geeks) co-stars as Meg Rayburn, his sister and lawyer who works as an associate at a Manhattan firm. Norbert Leo Butz also co-stars as Kevin Rayburn, the younger brother to both and boater who works at the local marina.

In the first season, John, Meg and Kevin were tormented by their older brother, Danny, played by Ben Mendelsohn, which led to the three of them covering up his murder. This season, the three see their efforts to frame someone else and lie to the sheriff and his lead detective fall to pieces. At the same time, the three try to hold onto whatever wealth or power they can amid those trying to bring justice or take a piece of that wealth and power. As such, it puts the series in the same lane as recent crime and political dramas like House of Cards, Breaking Bad or even Fargo.

The first season was incredibly well-written, well-produced and well-directed, making such great use of its actual locations. The Emmy nomination for Chandler's performance was extremely well-deserved as his character was pressured to handle all of his family's problems and try to stop it from imploding.

However, the true standout performance was from Mendelsohn. His character was scary, not only because he brought the criminal element to his family's door, but he represented emotional turmoil and a bitter history that the family would rather suppress and not face. Danny was just the embodiment of all the things with which they didn't want to deal, or all the things that made them uncomfortable or insecure, and Danny knew that.

When Danny died at the end of the first season, it seemed as if a vacuum would be created or a hole that would kill the narrative or the momentum. It would fundamentally change the show, depriving it of such a crucial and central focus. The writers and creators, Todd A. Kessler, Glenn Kessler and Daniel Zelman, try to compensate for that loss by introducing us to Nolan Rayburn, played by Owen Teague. Nolan is Danny's teenage son about whom no one else knew.

Teague gives a great performance that very much matches what Mendelsohn did. It's apparent and obvious early, if not immediately that Nolan is Danny's son. The mannerisms, the look and the behavior is so reminiscent, if not spot-on. He's tall, skinny and scruffy with an almost sinister sensibility, very slick in many ways.

In that, having Nolan as a presence is nice, but much in the same way that Luke Skywalker was used in Return of the Jedi, Nolan is used here as a way of redeeming Danny. Mendelsohn returns as Danny but in flashback. We see Danny interacting with Nolan and we get a new perspective or insight into Danny, which makes us empathize and possibly sympathize more with Danny who really was the villain of the first season. If the aim is to invoke those feelings about Danny, then Nolan was perhaps not best used.

Yet, another way that the writers manage to include Danny other than flashbacks is through making him a hallucination or a manifestation that John sees and that only John sees. This season, Danny is a spectre representing John's guilty conscience. It was great that Mendelsohn was used more, but, as nothing but a spectre, it didn't add much. Chandler's performance is so good that having Mendelsohn as his conscience is only a redundance.

There is a moment at the end of Episode 7 or "Part 20" where someone figures out the bad thing that John did and confronts him about it. John doesn't speak through the whole scene. All you see is a face, and the expression on it conveys so much. In fact, his face without opening his mouth conveys everything. That's the mark of a great actor.

Beyond the machinations of how things spiral and how the screws tighten on the three remaining Rayburn children, what I tuned in for are those great acting performances. It came from all the actors who all continue to bring their A-game, and it's not all tense and chilling. There is some humor, albeit dark, yet there is some humor. In fact, the rest of this review will be spotlights of the great acting moments of this second season.

The first is in Episode 1, "Part 14." John talks to his mother Sally, played by Sissy Spacek. Sally suspects that John is hiding something. She's upset but what registers in both Chandler and Spacek is the guilt that both effectively play.

In Episode 3, "Part 16," Kevin tells John and Meg about his failed drug deal. Diana, played by Jacinda Barrett, later confronts Sally in her garden about Danny and why John sent them away.

In Episode 10, "Part 23," Danny meets his dad Robert with Nolan. After Nolan leaves, Robert, played by Sam Shepard, tells Danny he has to choose between money for restaurant or money for Nolan. Later, John confronts Meg and Kevin about Marco's investigation and their responsibilities. Finally, John confronts Eric O'Bannon, played by Jamie McShane, about his testimony. All three scenes are powerful and cap a truly well-performed episode.