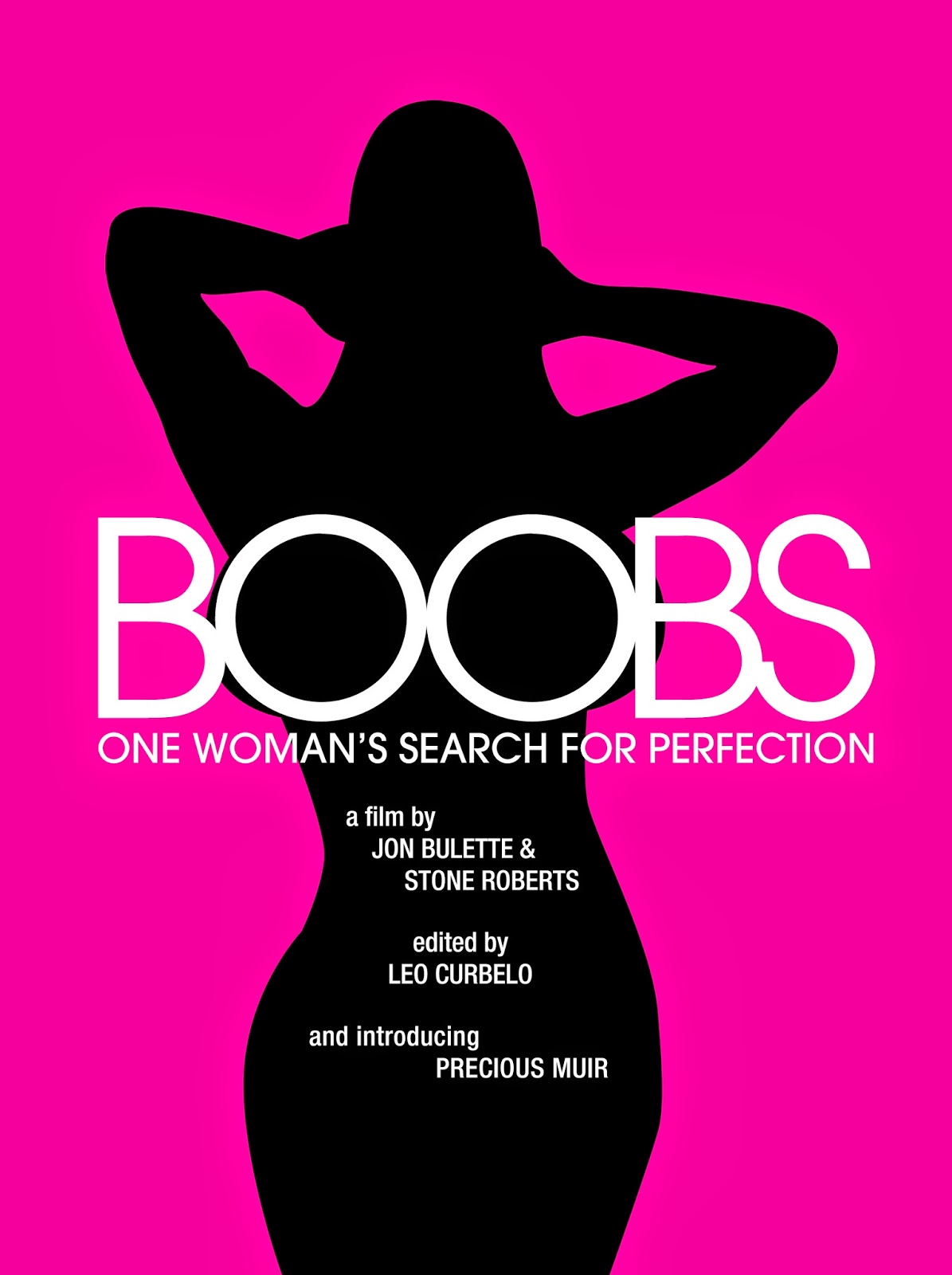 This documentary could be a companion piece to Unhung Hero, the movie about Patrick Moote, the man who believed his penis was too small, so he went out to enlarge his. This movie is about a woman named Precious Muir who believed her breasts were too small, so she went out to enlarge hers. The difference is that Moote didn't go through with the actual procedure for enlargement. Muir did go through with the plastic surgery. She didn't seem to learn the lesson that Moote did.

The two movies are not the same in that Moote does a lot of research and cultural exploration on screen. Muir doesn't do any exploration. She knows what she wants from the beginning and there really is no stopping her.

Unlike Moote, Muir has a more financial or economic reason for wanting a breast augmentation. She's a model, and it's not like she's an actress. She's mainly a print and runway model, so for her it's not about personality or talent. It's all about looks, and she's noticed that the female models who get the better and higher-paying magazines are female models who have bigger breasts. She also has a dream of being in Playboy magazine. As such, her small chest doesn't match the image of that publication.

Also, unlike Moote, Muir is not afraid to do full-frontal nudity on camera. She's also not shy about giving us the exact measurement of her so-called small anatomy. Moote would not show his penis or say how small it was in terms of inches. Muir does the opposite of both. She shows her breasts, allows a close-up and says bluntly that she's a 34-B.

Her being this open and honest allows the audience to properly evaluate the situation and her, as well as put things in proper context. It also helps us to understand and possibly identify with her. It brings her closer whereas Moote is always kept at a distance.

What also brings us closer is the fact that director Jon Bulette and Stone Roberts' camera is allowed in the surgery room. This movie in fact is largely about the step-by-step process of this medical operation. Her plastic surgeon, Dr. Haramis, is interviewed and walks us through everything he does.

From examining and marking her chest to taking a scalpel to her skin, this movie gets up close and personal. We see the actual blood and scars, and the clinical way her breasts go from a B-cup to a D-cup. It's good that prior to the surgery we see how nervous she is and hesitant. It's good how she also acknowledges that while people with breast cancer or other ailments need this surgery, for her this surgery is totally elective.

We also get the aftermath of the surgery, the long recovery that she has to endure. Yet, she continues to pursue her Playboy aspirations, but the filmmakers and even Muir herself provide the space to question if it was all worth it, or if she regrets going through it. This movie also stands as a great testament to any girl considering the same surgery.

The only criticism is the ending. All throughout the movie, we see Muir has a boyfriend named Guy Joseph Lapena. It's not clear what he does or what his job is. At first, I thought he was a personal trainer, but all throughout Lapena is supportive and totally fine, even with her nude modeling. Muir and Lapena even get married, which we see on screen on a Florida beach. Yet, in the end, after a 3-year time jump, Muir announces she and Lapena separated with no real follow-up or explanation as to why.

Moments later, the movie is over, and I would have appreciated some follow-up or explanation. The reason could have been inferred by everything that leads up to it, but to end the movie on that note is a bit of a gut-punch or the rug being pulled from under us.

Four Stars out of Five.
Not Rated but contains full-frontal nudity.
Running Time: 1 hr. and 15 mins.