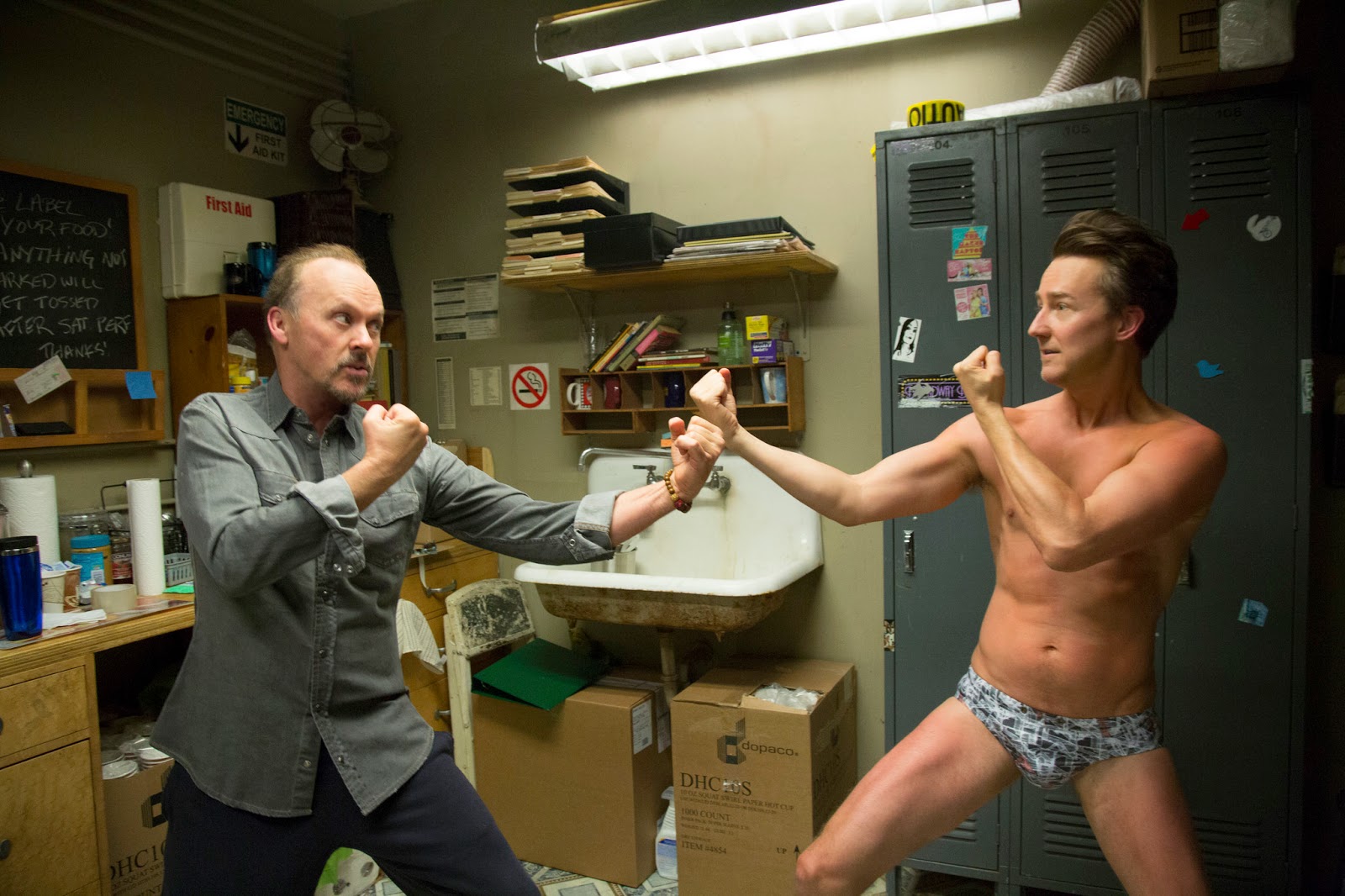 This is the least expansive camerawork so far for a film by Alejandro González Iñárritu. He really boxes himself into the St. James theater near Times Square in New York. He weaves his camera through the backstage maze and keeps it confined there mostly, if only because it bore a challenge, not because there was anything interesting to see. Yet, it does create a kind of claustrophobia or stifling insulation. This film seemed like an exercise in limitation, long one-takes with little cuts or hidden edits, so that the flow of action seems continuous, even though it's not. Tricks here and there allow for time progression, but even then the movement of the days and hours felt constricting. Special effects do contradict their way in, but it was never like Alfred Hitchcock's Rope where one feels like you're running to keep up. Iñárritu, after a while here, is dragging us along.

Michael Keaton stars as Riggan Thomson, an actor not unlike Keaton himself who at one point was famous for doing comic book movies but now decades later doesn't have much of a career or isn't in as high demand, so he puts together a Broadway play on his own dime, as a kind of comeback.

Yet, there's nothing informative or as insightful here as there was in Lisa Kudrow's The Comeback. That series showed us the inner-workings, the heart and the humiliation, the struggle and success with a ferocity that was more effective even in its quiet moments than this film in all of its loud and bold ones.

Kudrow's humor was sharper and more biting. When the best comedy here are penis jokes from Edward Norton, something is amiss. What sets this movie adrift is the level of vitriol toward Hollywood that comes from people spewing hatred, whereas Kudrow simply dropped us in it and let us experience it for ourselves. This movie wants to tell not show. It's so hyper-focused on this play-within-the-movie, that all else is lost.

For the most part, it is just a slog through the narcissism and egotism of actors. It's all about celebrity and fame, and if that translates to relevance or importance.

Emma Stone plays Riggan's daughter Sam. Her character is rather insufferable. Her presence adds nothing but padding. Watching her flirtation with Edward Norton's character of Mike Shiner was annoying and a waste of time. I would have preferred more from Zach Galifianakis who plays Riggan's business partner Jake, probably because he's the only sane person in the piece.

The ending is ridiculous, particularly the final shot. I have no idea what it means nor do I care.

Two Stars out of Five.
Rated R for language throughout, some sexual content and brief violence.
Running Time: 1 hr. and 59 mins.