Movie Review - For Those in Peril 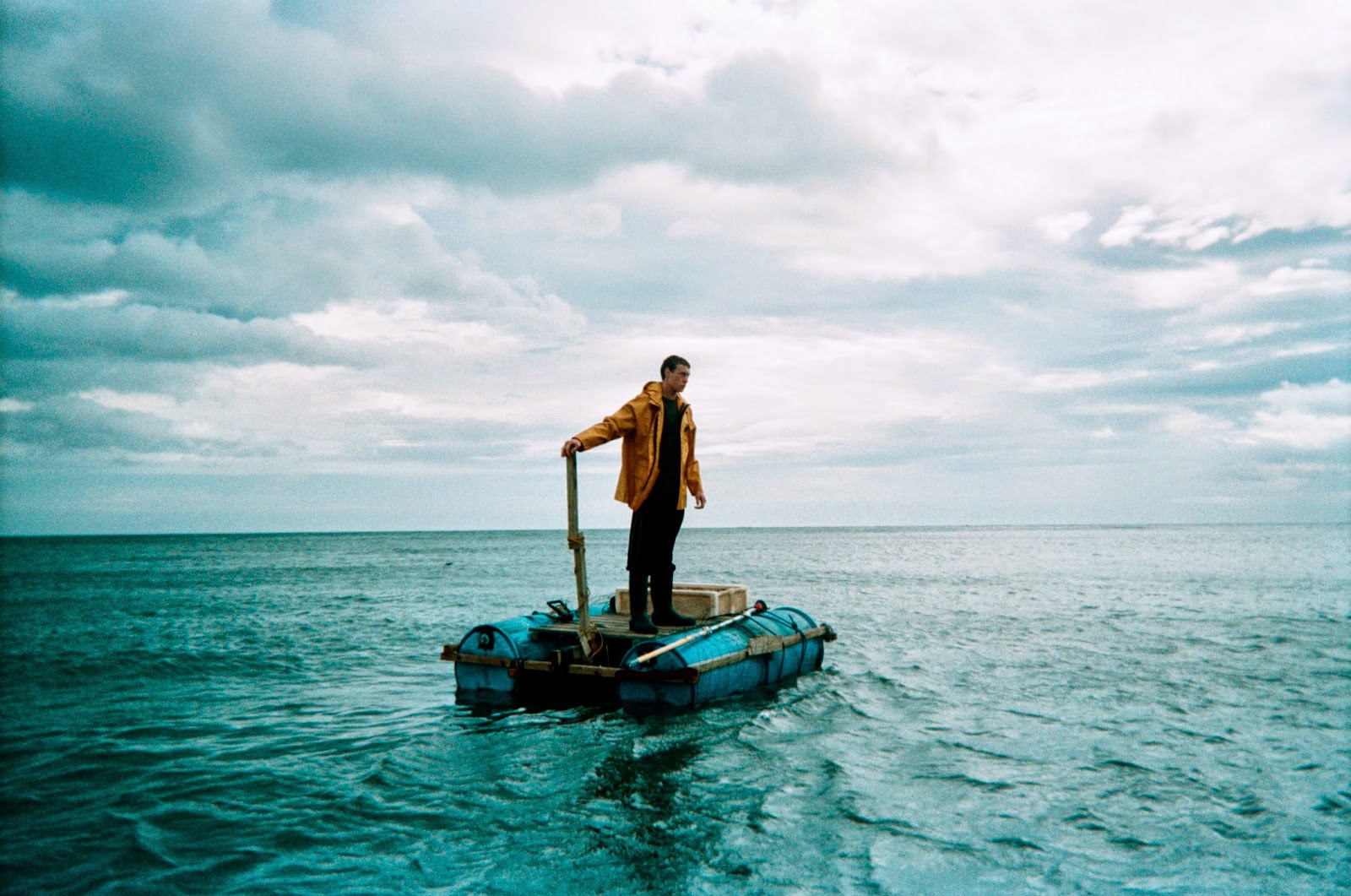 Immediately after seeing this movie, it instantly became a candidate for one of the best films of the year. It's innovative. It's raw. It's powerful. It's a bit of a knockout.

Paul Wright's directorial debut premiered in the UK last year in October. It's a Scottish film, set in a fishing community there. It won the Douglas Hickox Award, which is given in recognition of a talented, first-time filmmaker. It was nominated for a BAFTA for Outstanding Debut. The young actor at the center of this film, George MacKay was also nominated for a BAFTA, the EE Rising Star Award, which he certainly is.

George MacKay (Defiance and Pride) is a brilliant, English actor, playing a conflicted teenager in Scotland named Aaron. Aaron is the lone survivor of a boating accident that saw five men gone, including Aaron's older brother Michael. Six went into the water and only one came back, and that one was Aaron. He now has to deal with that reality.

For his role and his work here, MacKay won Best Actor at the Stockholm Film Festival. The reason for the award was one that I am in total agreement. The festival said, "Very finely acted, and with small nuances, this actor expresses what it is like to be forced to the outer limits of human pain and sorrow. His complete vulnerability, isolation and despair are just as frightening for us as viewers as for his character and is very accurately portrayed."

The title of the film comes from a song, sung at the funeral or in memorial to those lost at sea. Because of how writer-director Paul Wright heavily utilizes documentary-like footage, amateur or home video, I was fooled for the first five to ten minutes and thought that the story Wright was telling was indeed non-fiction.

Even when MacKay first appears on screen in what is clearly well-composed cinematography, still I was fooled. The verisimilitude of how Wright was crafting this piece and the naturalness of MacKay's performance had me convinced that it was all real.

At the same time, Wright in voice-over narration for Aaron is poetic and elegiac. What's apparent is that Aaron is in denial. Everyone else in Scotland believes that the five men who didn't come back will never come back. Everyone else believes this, except Aaron. He refuses to accept the tragedy of the situation.

Wright also establishes an interesting dilemma and conflict. Aaron who was the sole one rescued says he can't remember the boat accident. Yet, everyone in the community says that Aaron is a living reminder of what was lost. Aaron is constantly trying to confront and not forget what all others are trying to avoid and erase from memory.

The moment that smacks you in the face letting you know that this movie has top notch acting is rather early when Aaron meets with Davie, the father of one of the men lost at sea. It was a well-written and well-performed scene that turns out to be deeply moving and somewhat of a gut-punch.

Other moments that were deeply moving and also had me on edge were the scenes between Aaron and Michael's fiancée Jane, played by Nichola Burley. Those moments range brilliantly from joyous to melancholic nostalgia. As much chemistry as both those actors have with Jordan Young who plays Michael, they also have incredible chemistry with each other. The common love the two share certainly bleeds through the screen.

Wright amazingly invokes themes of greats like Herman Melville and Miguel Cervantes and wrestles with their issues with similar, genuine ferocity and soulful empathy that we too want to run behind or even alongside Aaron as he dashes toward the sea, chasing what could be his white whale or what might just be windmills that he believes are monsters.

It's one of the few films like Tarnation (2003) that so effectively uses the tricks of cinema, the wonder of editing and montage, to convey a fractured mind and opposing points-of-view at war with one another. This is particularly true in the final act of this movie, which is jaw-dropping and spectacular.

It's in this final act that Wright allows actress Kate Dickie to dominate to wonderful result. Dickie first became known to me in Andrea Arnold's great, little film Red Road (2006). Wright builds to a final shot that is similar to the final shot of Enemy. Dickie's character Cathy goes to look at something and expects to see a person and instead sees a creature. This is identical to what happens to Jake Gyllenhaal's character in Enemy. Wright's version, however, is way more meaningful and impactful.

What's built is an increasing sense of loneliness and desperation. The idea that one isn't good enough alone and that holding on to something that might not be, as an obsessed person would, is emotionally and psychologically toxic, even if our motives might be pure and good. Still, it can be warped into something dangerous, most especially to ourselves.

Five Stars out of Five.
Not Rated but contains language and some violence.
Running Time: 1 hr. and 28 mins.
Plays theatrically at the Arena Cinema in Los Angeles on Oct. 3rd.
Available nationwide on cable and Internet VOD on Oct. 7th.