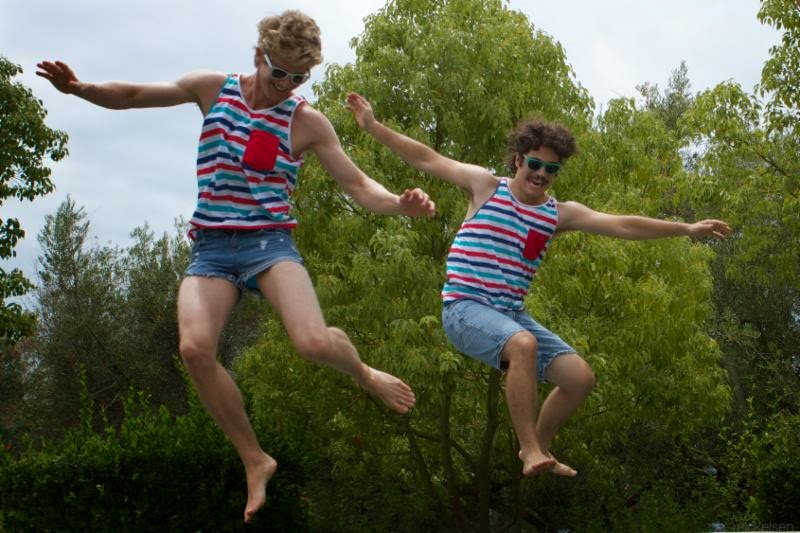 Barrett Crake stars as Todd Lucas, a 21-year-old from Omaha, Nebraska, who moves to Los Angeles. He's self-proclaimed young and naive, but it's certainly true. He's an aspiring singer-songwriter. He plays R&B guitar. He gets an apartment in Reseda and supports himself with a job at BJ-Maxx, a riff on TJ-Maxx. It's the 1980's and Todd embraces the fashion of that time. He already looks like a young Judge Reinhold but with big, curly blonde-hair.

Nikki Leonti co-stars as Gina Marie, a Hispanic, aspiring singer-songwriter who lives next door to Todd whom becomes the object of affection for both Todd and BJ. She's extremely smarter than the two but she's a true friend to them. She witnesses Todd and BJ form a music group called Eternity and then stumble their way into fame and fortune.

Written by Joey Abi Loutfi and directed by Ian Thorpe, Hall & Oates is the basic inspiration for Eternity, and Olivier does have a bit of a resemblance to John Oates, a hip and somewhat sexy Italian. Yet, it's unsure if the filmmakers are paying homage to Hall & Oates or are simply mocking them. If the filmmakers seek to mock anything though, it's this idea of masculinity as portrayed in the 1980's through music.

Jon Gries who plays Barry Goldfield, Jr., a record label executive who looks like a lost member of the Bee Gees, even calls Todd and BJ gay. The movie prior to and even after that bombards us with all kinds of homosexual innuendo and retrofits this current concept of a bromance but to very queer extremes. Of course, the assumption is that Todd and BJ are lovers, even though they're not.

The whole movie seems like an extended Saturday Night Live skit, one perhaps tailored for Will Ferrell and John C. Reilly where one joke is essentially stretched from beginning to end, and the gay assumption is exacerbated by those who recognize that Todd at one point dresses like Olivia Newton-John, while at other times he gives off a total George Michael vibe in terms of his attire and accessories. He even dons a single-cross earring. Aside from Hall & Oates, Eternity could be a riff on Wham! 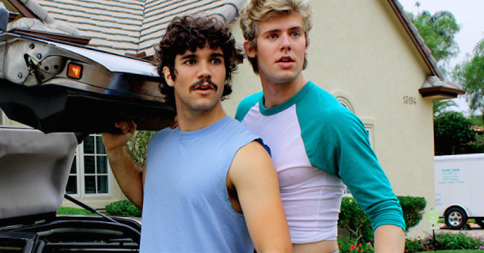 The movie does attempt other jokes about the music industry and groups within who inevitably break up, but the comedy never has the punch of something like Walk Hard: The Dewey Cox Story (2007). Crake and Olivier are adorable and give very earnest performances that make the piece funny.

The best parts of the movie are of course the songs. They're completely ridiculous but fun. For example, one favorite is a song titled "Alana," which is about Todd's ex-girlfriend who drowns and his basic lamentation is not that he should have done something to help her but that he wishes she were a better swimmer.

Three Stars out of Five.
Not Rated but recommended 14 and Up.
Running Time: 1 hr. and 31 mins.