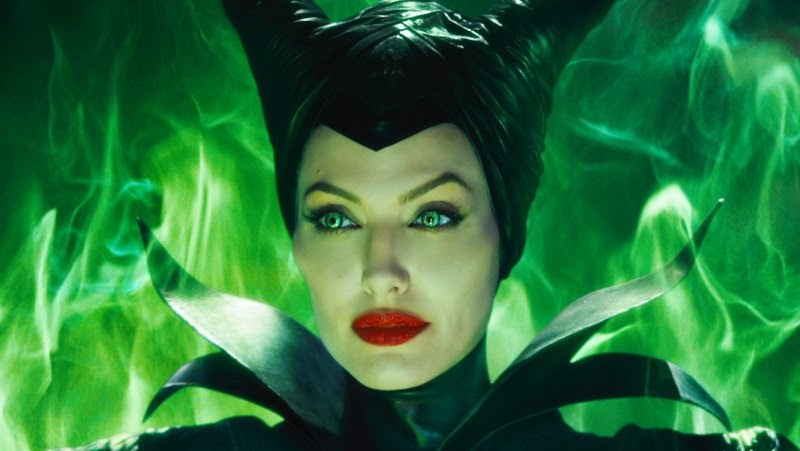 Angelina Jolie stars as Maleficent, a fairy who lives in a magical forest known as the Moors. It borders a non-magical kingdom ruled by humans. Maleficent falls in love with a prince from that kingdom named Stefan, played by Sharlto Copley (District 9 and Europa Report). However, Stefan's father, the king, wants to conquer the Moors and take whatever magic and treasure it possesses. This pits Maleficent and Stefan at odds.

Written by Linda Woolverton and directed by Robert Stromberg, there's so much to this premise. So many places they could have gone. Ending at the place they do, this movie could have explored so many possibilities. It's fun and cheeky, but oddly too short.

Things happen all too quickly and in broad strokes. The movie was perhaps too much in love with its visual effects to care much about anything else, certainly not depth. Besides a bird-man who comments to her now and then, Jolie isn't really allowed to have conversations or act opposite anyone than perhaps green screen.

Brenton Thwaites (Blue Lagoon: The Awakening and Oculus) who plays Prince Phillip, the hero of the animated film, is wasted here. He's more or less a joke that is tossed aside. The filmmakers might as well have not even bothered.

Two Stars out of Five.
Rated PG for sequences of fantasy action and violence, including frightening images.
Running Time: 1 hr. and 37 mins.