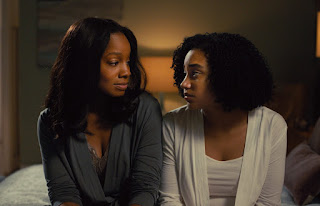 It's not often Hollywood produces a film written by a black woman and directed by a black woman that gets a wide release on around 2000 screens. The last was Beyond the Lights (2014), but this one has become the highest-grossing, and it's the second, highest-grossing film directed by a black woman, next to Ava DuVernay's Selma. Whatever one thinks, the existence of this film is to be celebrated. This movie is an adaptation of a novel by Nicola Yoon, a black woman, and the lead character is a young black girl, so the fact that this movie got the release it did is incredible. All that being said, I will be critical of this film.

Amandla Stenberg (The Hunger Games) stars as Madeline Whittier aka Maddy, a girl who celebrates her 18th birthday. She's spent pretty much her whole life inside her home. She's not allowed to go outside because she has an illness, an immune deficiency that's so extreme she could die if she catches any disease or any allergen. Her mother, Dr. Whittier, played by Anika Noni Rose (Dreamgirls and The Princess and the Frog), has designed their house to be virtually germ-free.

One day, some new neighbors move in, a family of four, a mom, dad, son and daughter. Maddy is attracted to the son who may or may not be 18 himself, though he looks older than her. His name is Olly. He's played by Nick Robinson (Jurassic World). Because her mom won't let her leave the house, Maddy can't talk to Olly. He does show an attraction to her and because his bedroom window is conveniently right across from her, he is able to write in big numerals his phone number, so they start texting and talking on the phone. 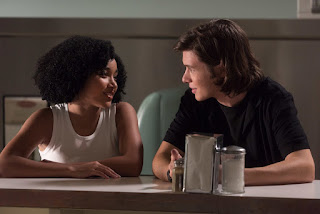 As the narrator and protagonist, we do get to know Maddy. She writes book reviews and she's into architecture. When she starts talking to Olly, those are the opportunities to get to know him. It's appreciated that there are a lot of awkward silences because that happens in real life, but at no point does the movie ever get to know him in any detail. Maddy's mom finds out about him and asks her what he's like and Maddy doesn't or can't give any details about what his likes are or what his hobbies are or what he wants to be when he grows up.

Olly is simply an object of desire to spur Maddy to want to get out the house more than she already does. He has some quirks to him. He has one issue, which is alluded but never fully explored. Otherwise, he's more an idea than a fully fleshed-out person. He's equivalent to the male version of a Manic Pixie Dream Girl, or a Manic Pixie Dream Guy. He supposedly goes to summer school where he says he's not popular but does that mean he has zero friends. How can that be considering he's supposed to be this super cool and super charming guy? It's as if he only exists to be the carrot marching Maddy forward. He's not his own individual. 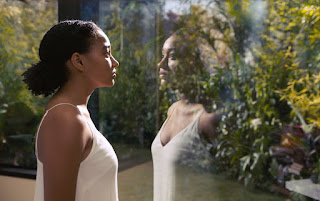 Putting aside her health issues, the movie would have us believe that Maddy and Olly are having some great love affair to rival Romeo and Juliet. We get that because she's really willing to risk her life in order to be with him, but even if her health wasn't a factor, this ostensibly is the first boy she's ever dated. In the modern age, many if not most people don't spend the rest of their lives with the first person they ever dated in high school or wherever. The whole point of this movie is Maddy has lived a sheltered and isolated life where she hasn't experienced a lot of things in the world like dating. To saddle her with the first boy she meets and not allow her to date and experience others feels antithetical to the movie's message.

Nevertheless, this movie has been the focus of controversy, not great controversy but a little controversy, regarding its portrayal of Maddy's health issues. Some have argued that the movie depicts Maddy's life as hopeless because she has this illness and that her only salvation comes from not having the illness at all, which is a poor message to send to those who do have debilitating or life-threatening illnesses like the one Maddy has. I agree with this argument. 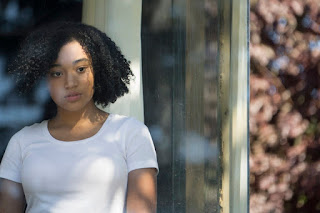 The movie reveals that Maddy's mother suffers from Munchausen By Proxy. It was brought on because of the death of her husband and son in a car crash. It's a rare disorder, as rare as the so-called immune deficiency that Maddy has. However, the movie drops this revelation and instead of hitting like a Shyamalan-type twist, it's a get-out-of-jail-free card, which undermines Maddy as a character because she thinks she's overcoming or accomplishing something when she's not. Plus, her mother never atones or suffers the consequences of basically holding her daughter prisoner. It's just an odd note to end things here.