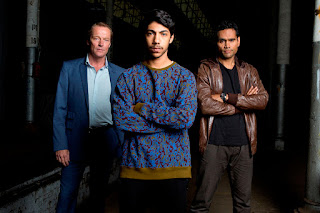 This is the Australian series that aired last year in the United States on Sundance TV. As I watched, I was basically reminded of Buffy, the Vampire Slayer. Instead of a blonde cheerleader from California, we have a blue-eyed black-fella from Australia.

A black-fella is a term referring to Indigenous Australians or Aboriginal people. They're comparable to the various Native American tribes in the United States who have been treated no better historically.

The opening titles explain that the Aboriginal people have the longest surviving culture on Earth, which includes 60,000 years worth of stories known as the Dreaming. The Dreaming is part of their religious beliefs and like with Native Americans today some people believe the stories about creatures and spirits. Some think they're just myths, no more real than the Greek tales of Mount Olympus. Based on a concept by Ryan Griffin and written by Michael Miller and Jon Bell, this series imagines the Dreaming to be an actual thing.

Not only that, it also imagines that there is a new race of people called the Hairy-people who are not unlike the Aboriginal. They're like mutants though from the X-Men movies. They all have enhanced physical abilities like agility and strength. Other than that, their only distinguishing feature is the excessive body hair. They are literally more hirsute than one can imagine. They look like depictions of Cro-Magnon or Neanderthals. In this show, it's said these Hairy-people have been around longer than Aboriginal, yet they were only discovered six months ago. 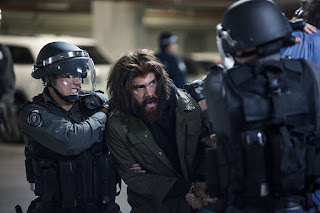 At the same time, the show is also doing this fantasy story about an Aboriginal myth known as the Cleverman. As mentioned, it's similar to the story about Buffy, the Vampire Slayer. It's also similar to the final season of Lost with regard to Jacob. Being the Slayer like being Jacob is a mystical title that can only be possessed by one person at a time. It gets passed from one person to another when the previous titleholder dies. Basically, the titleholder gets special powers and then has to protect people from certain monsters.

Unfortunately, the show is less Buffy, the Vampire Slayer and more Lost. Why this is unfortunate is not because being more like Lost is a bad thing. Quite the contrary, Lost is a great TV show. What's unfortunate is that it leans that way but misses certain key aspects or ignore others. I would have preferred it to be more like Buffy, the Vampire Slayer where each episode is the Cleverman hunting the Namorrodor, fighting it and trying to kill it, but that's not what we get.

Like Lost and its Smoke Monster, this show wants to put the Namorrodor in the background as more a symbolic or existential threat. Except, in Lost, the main characters don't know what it is or what it represents initially, so therefore the Smoke Monster can only be symbolic or existential. In this show, the characters know exactly what the Namorrodor is, which is why they have a name for it. They know what it can do and what it is doing, which is killing people. That's not symbolic. That's real. Yet, the show and the characters choose to ignore it. 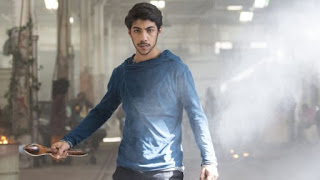 Hunter Page-Lochard (The Sapphires and Around the Block) stars as Koen West, an Aboriginal Australian who runs a bar but who harbors some disregard for Hairy-people. That disregard probably stems from the fact he grew up in the ghetto area for Hairy-people known as the Zone and resented it. That resentment crosses a line when his actions result in the death of little girl who is a part of the Hairy-people. Nevertheless, his Uncle Jimmy is the Cleverman. When Uncle Jimmy dies, he makes Koen the next Cleverman.

Rob Collins (The Wrong Girl) co-stars as Waruu West, the handsome, elder brother of Koen. He's slightly jealous because he wanted to become the Cleverman and not his brother. He's more concerned though with advocating for equal rights and better treatment of the Hairy-people. Hairy-people are being unfairly arrested, beaten and tortured, and Waruu wants it to stop. He also wants them to have better lives, homes, healthcare and such. His dedication probably fueled Koen's resentment.

Regardless, Waruu knows about the Namorrodor and that it's killing people and he does nothing about it. He doesn't even acknowledge it until Episode 5. By then, it's killed several people. Even Waruu's wife knows about it but does nothing. The urgency of having this creature on the loose is never felt. If it were Buffy, she would have killed it or at least tried to do so in the first episode. The show here doesn't even drag it out. The show essentially ignores the urgency for five full episodes. That was a miscalculation.

In fact, Koen being the Cleverman is something that's essentially relegated to the background. Saying Page-Lochard is the star of this series is actually a bit of a stretch. He's the titular character but barely in it. He's more a supporting character. Collins gets way more screen time. Iain Glen who plays Jarrod Slade, the mad scientist who wants to do crazy experiments on the Hairy-people probably gets just as much screen time as Page-Lochard. 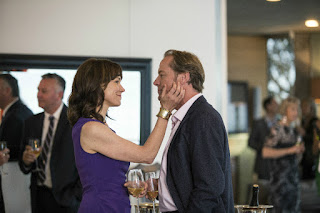 This show would rather focus on the plight of the Hairy-people, their unfair treatment, the abuses done to them, the physical and even sexual exploitation, the bigotry and hatred toward them. It's too much though. In that, we lose sight of this Aboriginal culture and the true empowerment that something like the Cleverman can bring. Other than fighting this one monster, I'm not even sure what the Cleverman is for.

The show spends so much time circumventing or out-right ignoring the Cleverman, that we come not to care about it in the end. It doesn't help that the show makes Koen so resistant to it for nearly the whole series. It just sours the mood and makes us not want to root for this guy, despite the fact that Page-Lochard is utterly gorgeous.