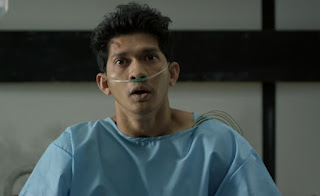 Iko Uwais is an Indonesian action star who is in the same league as Bruce Lee, Jackie Chan, Jet Li, Donnie Yen and Tony Jaa. He is an amazing martial artist. He's smooth. He's fast. He's fierce. He's young. He's sexy. He's very well-built. He really made a splash in the hit film The Raid: Redemption (2012), which means he's only been in the American consciousness for only five years, not long and not even to any great degree. He was placed in Star Wars: The Force Awakens but wasn't used to great or memorable effect. That was an opportunity to make him more aware to American audiences but ultimately failed, so he might be in the same league as those great martial artists-actors in terms of physical ability, but he certainly isn't as well known or as popular, outside aficionados of martial arts films.

There aren't a lot of martial arts films that get wide releases in the United States lately. John Wick: Chapter Two is ostensibly one. The remake, Power Rangers, which came out earlier this year too, should have been more a martial arts film but wasn't. Some consider Wonder Woman, a martial arts film but that film is more an action-adventure with fighting. It's not the same. There have been some martial arts films in limited release in the U.S. like Commando 2 with Vidyut Jammwal or Savage Dog with Scott Adkins, but this is probably the only one of note. Otherwise, the only other martial arts property that Americans could name is probably Iron Fist on Netflix, and no question in terms of action and choreography, this film is a thousand times better than Iron Fist or even The Defenders.

Iko Uwais stars as Ishmael, a man who washes up unconscious on a beach one day. He has a gunshot wound to the head. What could have gone the way of Kill Bill actually goes the way of The Bourne Identity. Ishmael isn't his real name. It's the name he chose after waking from a coma. He doesn't know who he is but he does know he has certain martial arts skills. 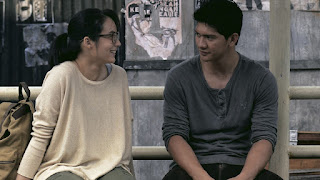 Ishmael befriends his doctor, Ailin, played by Chelsea Islan, a very compassionate woman who nurses him back to health, before she boards a bus to Jakarta. Ishmael doesn't have to wonder who he is for long when he becomes targeted by a vicious and brutal, escaped convict and crime boss named Mr. Lee, played by Sunny Pang. Lee runs guns and somehow Ishmael betrayed Lee, so Lee decides to kidnap Ailin and a little girl whose parents are killed right in front of her, and Ishmael has to rescue them, learning along the way what led to his coma.

Director and co-writer Timo Tjahjanto is Indonesian and he crafts a series of intense fight scenes for Ishmael's journey to save Ailin. He establishes the tone of those fight scenes with an opening action sequence that's over-the-top and ridiculous. There are lots of blood, lots of comical gun-shots, lots of machine-gun fire and lots of gore. Tjahjanto wants a bloodbath on screen and he wants the kills to be vicious and brutal. One might laugh at first at how the gun play is depicted, but quickly it's clear that the violence here is no laughing matter. Tjahjanto tries to find the humor in it, but once a gun is put to a child's head, it ceases to be humorous. 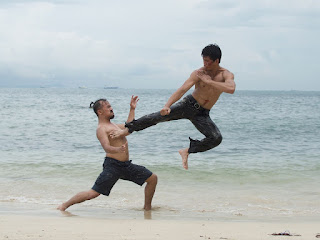 There are many more action scenes and many fights, but when it comes to Ishmael, it can be boiled down to five fights that he has. Ishmael fights several guys on board a bus. He fights several guys in a police station. He fights a guy who's like a brother in a forest. He fights a girl who's like a sister on a beach and he fights a guy who's like a father inside a bunker. They are all intense and incredible and what helps is Tjahjanto using continuous takes of the camera encircling Ishmael and whomever he's fighting. It does so much to immerse the audience and show us all the action, as opposed to other things that edit fights so choppily.

Strangely, this movie had an ending that was similar to the ending of Logan, the last comic-book movie involving Wolverine. It's a brief similarity, but it was enough to invoke that X-Men film. Yet, it's clear that when it comes to pure action, this film is inherently better.

Not Rated but contains language and graphic violence and gore.
Running Time: 1 hr. and 58 mins. 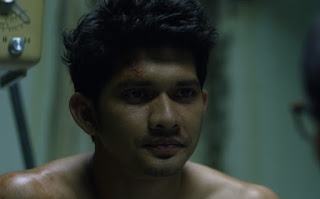