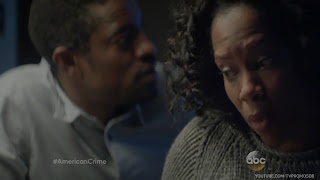 This ABC series was one of my favorite dramas of 2015. It was nominated for 10 Emmys last year, winning one for Regina King. A few of the other actors were recognized as well.

For example, Regina King, in Season 1, played a California Black Muslim, living a devout and modest life. This time around, she plays Terri LaCroix, a wealthy, black businesswoman working at a high-powered company in Indiana. King's character was apparently single last year. This year, her Terri LaCroix is married to a successful architect named Michael, played by Andre Benjamin who recently starred in Ridley's Jimi: All is By My Side (2014). Terri and Michael have a teenage son and basketball star named Kevin, played by Trevor Jackson. 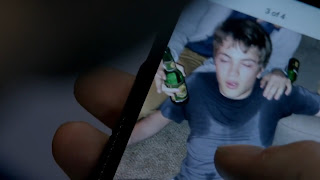 Lili Taylor co-stars as Anne Blaine, a single mom who manages a diner but who barely makes enough money to send her teenage son, Taylor, played by Connor Jessup, to the prestigious Leyland High School in Indianapolis. Their existence is in stark contrast to the LaCroix family, and it's Ridley playing with race and economic expectations. Yet, Anne and Connor's lives are disrupted when pictures of Taylor show up all over social media. The pictures suggest something criminal happened to him, and based on Taylor's behavior, Anne believes that he was drugged and raped.

Felicity Huffman also co-stars as Leslie Graham, the headmaster of Leyland High School. She's overseeing fundraisers to maintain and even expand the school's prestige and status. Because the rape allegation involves her students, she becomes concerned that it could threaten that prestige and that status. Notice, she isn't concerned with Connor or anyone else's welfare. Her actual concern for students seems minimal, if non-existent.

Timothy Hutton plays Dan Sullivan, the basketball coach who stands in stark contrast to Leslie. His actual concern for students seems extremely high. He's more inclined to call a student on his cell phone or at home to see if he's okay. He's especially concerned when his athletes, his basketball team, are accused in the rape allegation. 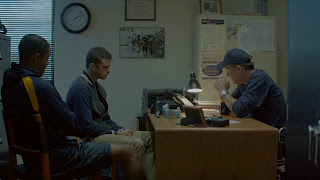 Because the crime involves a male-on-male, sexual assault, we see Ridley also playing with homophobia and gender expectations. He includes a closeted, gay character named Eric Tanner, played by Joey Pollari. Eric becomes a crossroads for all of these expectations and Pollari delivers a powerful performance.

Ridley and his team of directors, which include Jamaican filmmaker, Clement Virgo, and gay, Asian filmmaker, Gregg Araki, continue the knockout-style established last season. The story is mostly told through close-ups and occasional medium-shots. By the end, we become intimately aware of all the actors' faces, every pore and in the case of the teen characters, every pimple.

As such, this show really is a vehicle for actors to shine. Thanks to the direction and Ridley's writing, they do shine. All the performances are incredible. Each person feels so lived in, so authentic and real. Each can be shocking one minute and heartbreaking the next, and it all works. 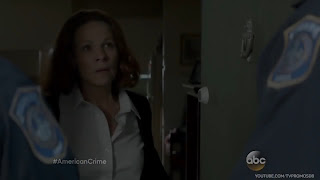 Last year, Elvis Nolasco played such a crucial and integral role. He was the murder suspect in a murder mystery that was the center of the story. This year, Nolasco plays Chris Dixon, an administrator, if not the principal of Thurgood Marshall High School, a school for students who are middle class or lower, another stark contrast to Leyland High. Thurgood Marhall is the school that Taylor used to attend until his mom sent him to Leyland to get a better education and hopefully a better life. That hope is shattered by the aftermath of the alleged rape.

Taylor's treatment and subsequently his mom Anne's treatment, as well as Eric's treatment, show the difference between social classes, the rich and the poor. The rich get all the advantages and the poor don't. Ridley defies stereotypes by making the rich in this case the black people and the poor are the white people. Yet, he doesn't make it as simple as a skin color-reversal. A lot of racial politics that are true are explored honestly and not under the simple gimmick of something like Trading Places (1983). 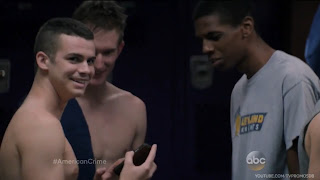 A great example of that are the scenes between Nolasco and Stephanie Sigman who plays Monica Salazar. Monica argues that Hispanic or Latino children are being discriminated. Her key issue is school food, but she fights with Nolasco's Chris about what to do. Chris is an educated, black man who is fully aware of all the problems of bigotry and racism, but it's compelling to see arguments he might make to someone like Leslie be thrown in his face by Monica. 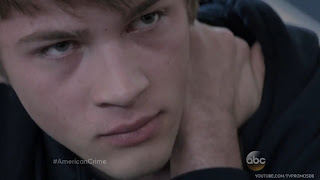 Thanks to conversations by people at Afterbuzz TV, it's clear that the driving mystery of discovering what happened to Taylor the night he was allegedly raped will be a narrative hook that pulls viewers along. However, the greatness of this series is its peeling like an onion all the racial and socioeconomic issues explored with as much if not more depth and austerity than any other series on TV right now.