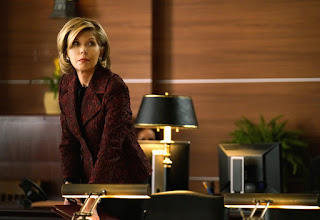 CBS' The Good Wife was no question the best legal drama on television when it was on the air and probably the best legal drama in the past 20 years, if ever. This series is a spin-off of that Emmy-winning program and continues the mantle brilliantly. The writing, the directing and the acting are all so fantastic and there is no hesitation that if you are not watching this show, you're missing peak TV's finest.

Season 1 was only 10 episodes. This season is longer, and thankfully so. The storyline that was started in Season 1 about the Ponzi scheme and the Bernie Madoff type at large is wrapped up by Episode 2 here. The overarching storyline this season leans heavily into politics, specifically critiques of President Trump and his administration. Created by Robert and Michelle King, husband-and-wife show-runners, the first season commented on Trump's presidency by beginning with their protagonist reacting to Trump's inauguration. That first episode was even titled "Inauguration."

Every episode this season isn't given a name. Every episode is simply titled "Day" and some number. That number refers to the count of how much time has passed since Trump was sworn in. The beginning of Season 2 is in fact titled "Day 408" and what kicks off the events of this season is the death of Carl Reddick, one of the founders of the law firm that is the center of this series. Literally, Reddick's funeral sets the tone for this season, as death actually hangs over everything, but the tone isn't somber. The show uses death as an existential threat, as well as an actual threat but in clever ways.

Christine Baranski stars as Diane Lockhart, a lawyer who has become a partner in a Chicago law firm that is predominantly black. She herself is a white woman of a certain age. Last season, she found herself struggling to start her life over despite being over the age of 60. This season has her feeling disillusioned not only because of the problems in her marriage but also Trump era politics pressing down on her, the culture and the law firm itself. 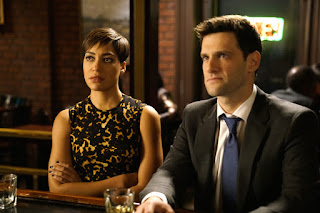 Cush Jumbo co-stars as Lucca Quin, the biracial associate at Diane's previous law firm. She now works as an associate at Diane's new law firm. She's the other main character from The Good Wife to transfer over to this spin-off. There are other characters from The Good Wife who also appear in this spin-off, but they're just guest stars. Lucca is an actual main character in the narrative. She's great as a no-nonsense attorney who's also very modern and loves sex with men but doesn't necessarily want to be tied down to one man.

Justin Bartha (The Hangover and National Treasure) plays Colin Morello, a prosecutor with whom Lucca likes to have sex. Things change when Lucca gets pregnant by him. It also complicates the situation when Colin decides to enter politics and run for office, and his mother Francesca, played by Andrea Martin, wants to push Lucca into being the kind of political wife, depicted in The Good Wife, but Lucca fights being put into that role, which is a source of great comedy here.

Rose Leslie (Downton Abbey and Games of Thrones) also co-stars as Maia Rindell, another associate at Diane's law firm. She's also Diane's god-daughter, as well as the actual daughter of the Bernie Madoff type from last season. The scandal involving her father has stained her. She struggles to move on from that and, like Diane, start over. It's not easy when Maia's lesbian girlfriend even doesn't trust or support her as much as she wants. 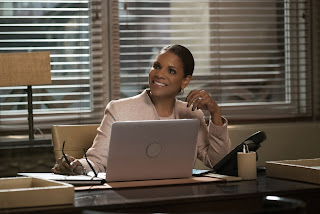 Audra McDonald (Private Practice and A Raisin in the Sun) plays Liz Reddick-Lawrence. She's a new character this season. She plays the daughter of Carl Reddick, the founder of the law firm. She used to work as a prosecutor but joins her father's firm after she's basically fired for posting a tweet critical of Trump. She's a tremendous addition to this cast, as almost a replacement for Erica Tazel who played Barbara Kolstand, the former partner at the law firm last season.

What's also great are the cases the show explores. Each case is topical and relevant to current issues. Like Law & Order, the cases are ripped from the headlines. From the recent scandal on ABC's Bachelor in Paradise to the recent Babe.net article about Aziz Ansari, the show skillfully hits upon good debates on pop culture like the #MeToo movement. The show also tackles diversity issues like LGBT discrimination and unfair ICE procedures.

Despite the series having a protagonist who is a staunch liberal, staunchly anti-Trump and strictly a Democrat, this show isn't totally bashing people on the right. Michael Boatman (Anger Management and Spin City) plays Julius Cain, a black man who is a Trump supporter who isn't constantly shut down or made into a joke. He's given just as much of a voice and equal treatment to a lot of the other characters. Margo Martindale (The Americans and Justified) who plays Ruth Eastman, the representative of the Democratic National Committee, comes across as an antagonist and a person we don't like, so this show isn't as black-and-white as Democrats are good and Republicans are bad. It's more complicated and nuanced than that. 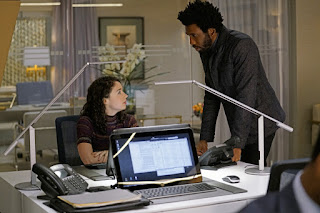 Nyambi Nyambi (Mike & Molly) plays Jay Dipersia, the lead investigator at the law firm. He's given a great storyline where he shines and in which we get to meet his family. Sarah Steele plays Marissa Gold, a character pulled from The Good Wife. She's also the other investigator and assistant to Diane who is a gem in this series, funny and charming, fierce and clever, but she can also be insecure and sweet. She's just an awesome person to watch. Last but not least, Delroy Lindo (Get Shorty and Malcolm X) plays Adrian Boseman, one of the main partners of the firm who is this stately and regal man that provides such gravitas to this series. Incredibly, stately and regal with gravitas, sharpness and fun could be said of the whole show.