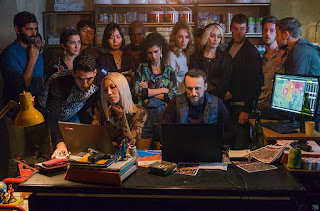 This episode premiered on June 8, 2018. Given what the show is, it's odd that it wouldn't have waited till August 8, 2018, making the date 8/8/18, but perhaps that would have been too on-the-nose. The series began back on June 5, 2015, so maybe Netflix wanted this episode, which is the absolute last, to air this week as to mark what is the third anniversary of the series. Technically, this episode is the bookend to last year's Season 2, which concluded on a cliffhanger. Director and co-writer Lana Wachowski has the task of pulling things up from that cliff, as well as wrapping-up the show's various strings, yet not really. It was reported that Wachowski purposefully left some stuff open or up in the air, but the major storyline or what is the major threat is closed or literally grounded.

The show has a cast of eight characters. Each one has his or her own storyline. Those are on top of the major storyline. Even in an episode that's 150 minutes in length, it's still not enough to address all eight of those stories, plus the major story. It's inevitable that some characters and some stories will be short-changed or given short-shrift. It would have been possible for Wachowski to address all eight, but Wachowski's tendencies for extended action scenes and scenes of revelry and merriment, extended and in slow-motion, take up time that Wachowski could have applied to addressing missed or overlooked stories.

Of the eight stories or eight characters that get missed or overlooked in this finale, there's two obvious ones. The first is Lito, the Spanish actor living in Mexico City who is revealed to be gay. He's a major, action star, and he worries how being gay will affect his career. This episode leaves that question dangling. The second is Capheus, a bus driver living in Nairobi who is recruited in Season 2 to enter politics. This episode leaves his election or future in such dangling as well. 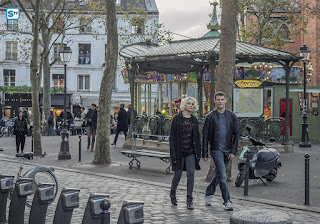 Brian J. Smith (Gossip Girl and SGU Stargate Universe) plays Will Gorski, a Chicago police officer, and Will says at one point that they have to abandon or put their old lives behind them. He's trying to focus them to complete their mission, but after the mission is over, there's no clue what they'll do other than have sex with each other. It's a wonder if Will can or wants to go back to life in Chicago and, if not, what he plans to do for a living now.

The majority of the episode has the eight characters and their partners bouncing from France to India to Italy and back to France, while they avoid and attack a secret government organization that's trying to capture the eight characters because the eight of them have super-human powers of mind-sharing. That government organization called BPO wants to dissect them, learn how to harvest their powers or else kill them. The major storyline is about the eight characters, known as Sensates, doing all that they can to stop and destroy BPO. This storyline results in several action scenes of the Sensates going in and shooting a bunch of BPO scientists and soldiers in bloody and gory fashion with some martial arts thrown-in for good measure.

Unfortunately, that's all it is, machine gun-fire and basic martial arts. The clever and innovative, action scenes were apparently all used up in the first, two seasons. Really, all the best, action scenes were in Season 1. The second season had diminishing returns on the action scenes. They weren't as creative and there weren't that many. The ones of consequence were with Sun Bak, the Korean businesswoman and highly-trained kick-boxer. Her martial-art skills are exemplary and well-utilized in previous episodes. In this finale, there wasn't much that she did that wowed me as much as she did in other episodes. Her romance with Detective Mun (pronounced MOON), played by Sukku Son, is sweet and endearing. Of all the Sensates, Sun and Mun's romance is the only one not established in Season 1 or even the first episode, so it's a shame more time isn't devoted to it. 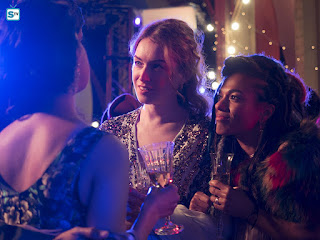 As for the rest, there are some questions that I raised in my review of Season 2 that I hoped might be addressed in this finale. Alas, that wasn't the case. Those questions revolve around the characters' relationships and the interpersonal dynamics. First, the title of this episode is "Amor Vincit Omnia," which comes from the writing of Virgil  that translates to "Love Conquers All." Generally, that's Wachowski's mission statement, but with the exception of Nomi Marks, played by Jamie Clayton, and Amanita Caplan, played by Freema Agyemon, the other relationships feel built on not much substance.

Early on, Kala Dandekar, played by Tina Desai, (The Best Exotic Marigold Hotel) tells Wolfgang Bogdanow, played by Max Riemelt (Free Fall), that she loves him, but why? The series never established why she loves him or what it is about him that would tear her away from her fiancé, Rajan Rasal, played by Purab Kohli. The only ostensible reason is because her introduction to Wolfgang is by seeing him naked. The show suggests a purely physical attraction, but it doesn't seem like that's enough for her. Because Kala and Wolfgang are both Sensates, she shares his mind, so she knows he's a thief, a womanizer and a murderer, so what is the draw for her? Why wouldn't she also be drawn to Will, Lito or Capheus? 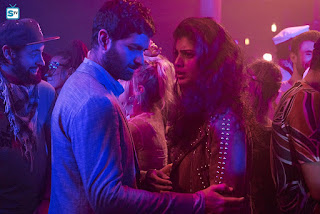 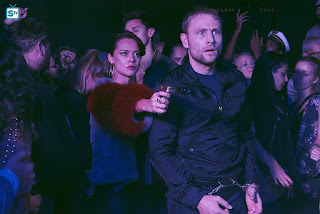 In Season 1, Wolfgang shows up at Kala's wedding ceremony totally naked. He later just shows up in her bedroom naked. It's almost reminiscent to allegations against Louis CK or Charlie Rose who would walk around naked in front of women. If it's not okay for Louis CK or Charlie Rose to do it, then why is it okay for Wolfgang to do it? Wolfgang is basically guilty of sexual harassment, yet it's glossed over as a joke. It's a joke that might be more acceptable if again the show enumerated why Kala claims to love Wolfgang other than his large endowment, which we do see in Season 1.

Wolfgang was a criminal. He robbed people. He even shot his uncle in the face at point-blank range. Kala witnesses this at the end of Season 1 and is at first horrified. Then, in Season 2, she doesn't bring it up again. She glosses over it and supposedly has an affair with him. That's the problem that the series had. Wachowski glossed over things like that, serious issues, in order to get to orgiastic moments, all in service of her worldview that "love conquers all" when things are a bit more complicated than that.