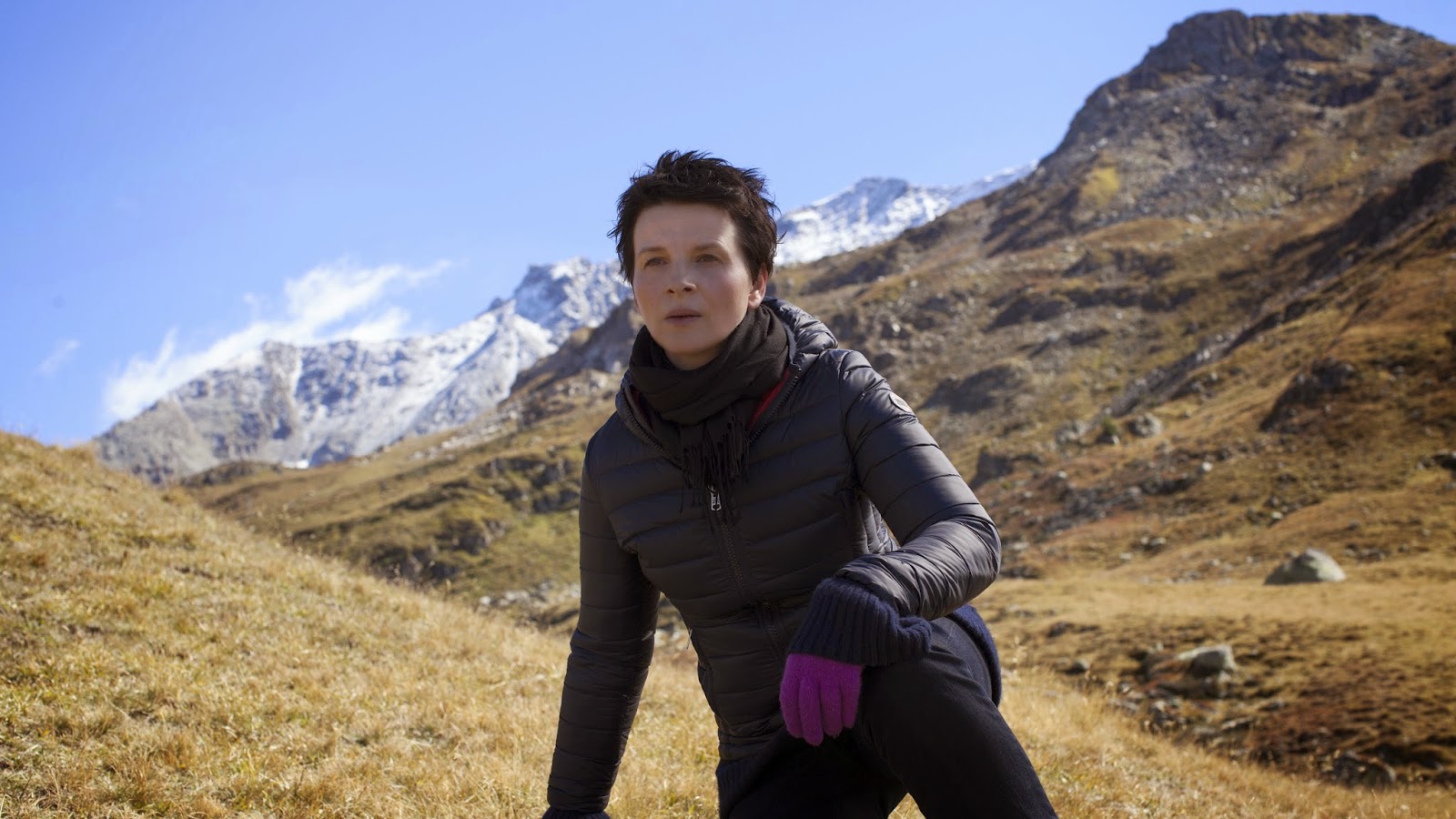 Earlier this year, Birdman won the Academy Award for Best Picture, as well as several other Oscars. I was one of few critics that not only disagreed with those accolades but also with this idea that Birdman was some great movie. It was a gimmick that was very over-blown. Aside from the seemingly clever camerawork, there's nothing that isn't hammer-on-the-head or effective in a realistic way. Thanks to writer-director Olivier Assayas, I now have an example in almost every way why Birdman was bad and what a better version looks like. Both this film and Birdman are about an aging actor preparing for a return to form by taking to the stage in a major theater production, while also commenting on the industry and Hollywood, except this film is far more insightful, far more nuanced, far more intimate and sexy and with an ending that actually makes sense.

Juliette Binoche stars as Maria Enders, the aging actor in question who is asked to do a revival of a play she did when she was younger. The play is about two women, an older woman named Helena and a younger woman named Sigrid who engage in a tortured romance. It's not simply about them being lesbians. It's more about a sensual and dynamic tug-of-war or tug-of-wills. The twist is that whereas Maria played the younger woman Sigrid the first time, now Maria is asked to play the older woman Helena. She resists at first but eventually agrees. Yet, as she prepares to do the play, it starts to bother her.

Kristen Stewart (Still Alice and Panic Room) co-stars as Valentine or Val, the personal assistant to Maria who travels with the actress to Switzerland in order to hold rehearsals for the play. Val helps Maria by running lines, while taking scenic hikes. They run lines, while having picnics. However, "lines" in more than one sense get blurred when the relationship between Maria and Val mirrors that between Helena and Sigrid.

Along the way, the two have discussions or debates about the play. They analyze the lines and the characters. Each gives her interpretation or her point-of-view. Through it, they provide a perfect template of film criticism and meaningful thought about life. Things get heated when the two start to disagree more strongly, increasing the tensions between the two women.

First and foremost, the writing is so spot-on and sharp, and the acting is so amazing that one forgets or often can't tell when the two women are simply running lines and when they're speaking about themselves. This might be a criticism for some, but these are moments that reinforce or satirize in a subtle way, as opposed to the blunt way in Birdman, of life imitating art imitating life.

When it comes to the other commentary on celebrity, Hollywood and the idea of blockbusters, again this film does so in better, more effective and subtler ways. Chloë Grace Moretz plays Jo-Ann Ellis, the actress hired to play Sigrid in the revival. Brady Corbet plays Piers Roaldson, a young filmmaker who wants to cast Maria in his next, sci-fi project.

Maria's interactions with these various people in the industry reveal more about what people face than in all of Birdman. Plus, there's more of an emotional honesty and truth on Maria's face and in her voice than any actor's face all year and possibly last year. Binoche is brilliant. She is absolutely fantastic and gives one of the best performances of 2015.