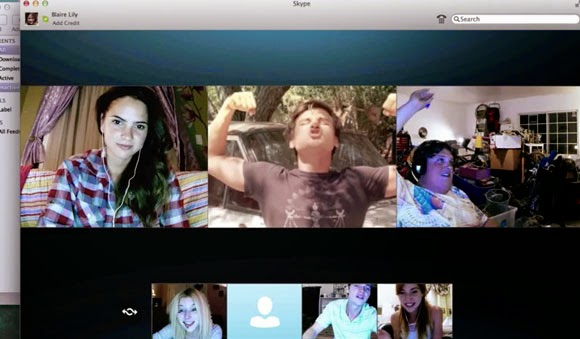 Short films, independent features and even TV shows like Showtime's Web Therapy have done what this movie does. This might be the first major motion picture in wide release where the entire feature is presented as if you're constantly watching a computer monitor in constant full screen mode. Thanks to applications like YouTube and Skype, this movie is essentially a found-footage film, a format that is dominated by the horror genre. Facebook is also a software that's incorporated here because of its ability to allow people to interact in a more immediate and quicker fashion. Written by Nelson Greaves and directed by Levan Gabriadze, this movie takes on the issue of cyber-bullying and does so as a revenge fantasy. To anyone who has been a victim of cyber-bullying, this is the film for you. This movie gets even in brutal fashion.

Shelley Hennig (Days of Our Lives and Teen Wolf) stars as Blaire Lily, a high school girl whose laptop computer monitor is the one we constantly watch in full screen. We never leave this computer monitor or Blaire's point-of-view. The movie takes place in real-time, all in one night. Blaire starts out having a Skype conversation with her boyfriend Mitch, played by Moses Storm.

All four of them join Blaire and Mitch in a group-Skype conversation. We normally see all six faces in boxes on screen all at once for nearly the entire running time. Gabriadze could have shot this like a play with all the actors performing for long, continuous takes. Perhaps, he did.

Yes, the screenplay by Greaves, introduces supernatural aspects, but I think I would have preferred if the killer had been explained in non-supernatural ways. I wish it would have been a Friday the 13th-style twist, or a twist like the ending of Scream (1996). It's literally a ghost in the machine, which is fine, but some of the deaths were so ridiculous. If the filmmakers were going to go there, it should have been more like Saw or Final Destination. A lot of it feels like cop-outs or just plain lame.

Three Stars out of Five.
Rated R for violent content, pervasive language, some sexuality, and drug and alcohol use.
Running Time: 1 hr. and 22 mins.