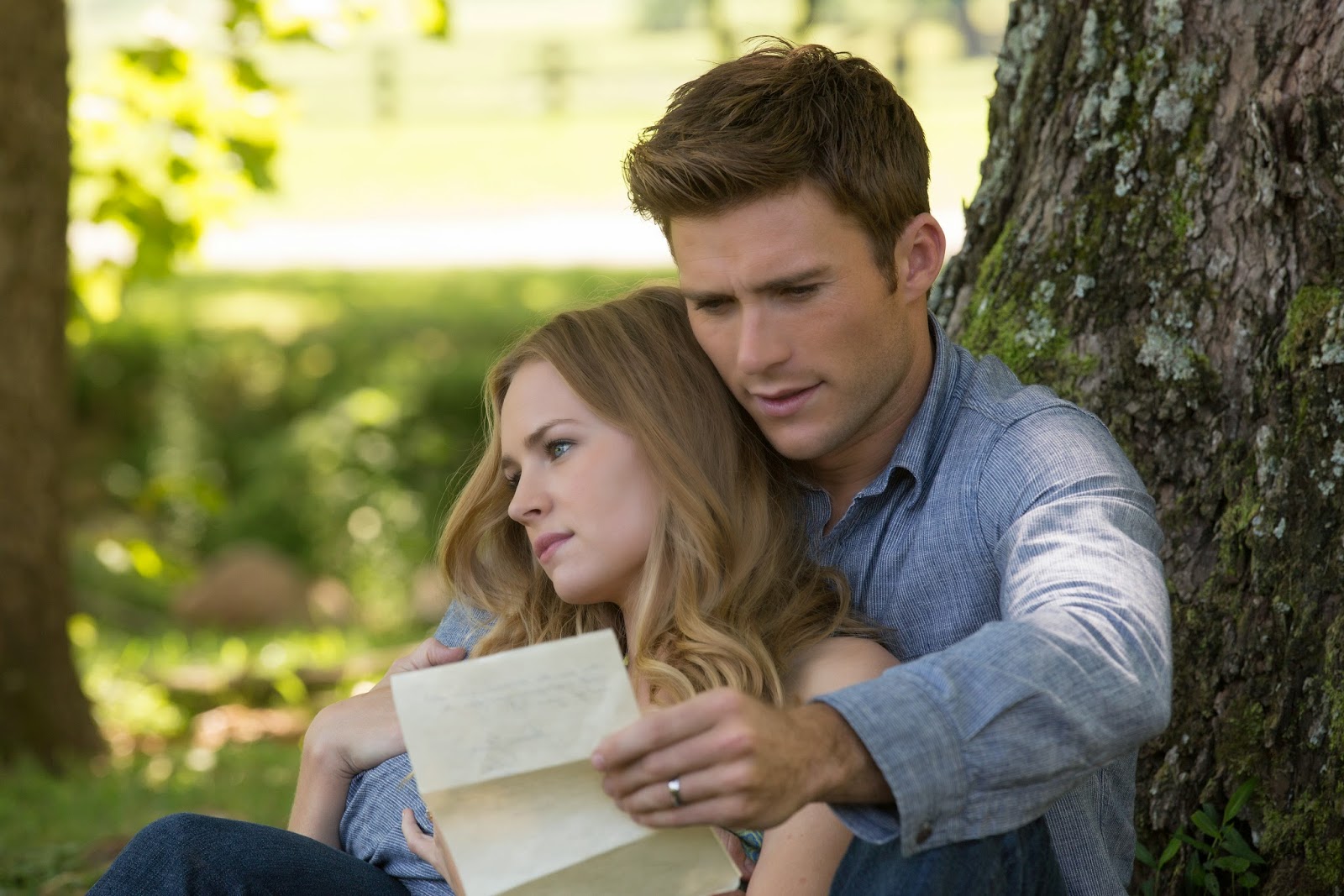 Scott Eastwood plays Luke Collins, a professional bull-rider, or PBR. He lives in Greensboro, North Carolina. Bull-riding is dubbed "the toughest sport on dirt," but, despite some lessons provided about how to hold onto the bull while it's kicking, there really isn't much information or context for bull-riding to understand one's placement in it.

For starters, how do the organizers get a bull to kick? At one point, Luke suggests that some bulls are nice, so what if the bull is too nice and doesn't kick? Is there something done to the bulls to get them to kick or be aggressive? A rider has to hold onto the bull for eight seconds. After eight seconds, the rider usually jumps off. In the movie, this is the most we see and hear. We never learn why eight seconds. Why not nine or ten seconds? Who decided eight was the magic number? How does one train? How is one eligible? We never hear from other bull-riders, so we're never truly invited into that world.

Britt Robertson stars as Sophia Danko, a college student at Wake Forest University. She's from New Jersey, but she's here studying art. She goes to work for a woman who runs an art gallery. At one point, Sophia shows Luke a painting that's valued at $80,000 and he doesn't get why. Like with the bull-riding, the movie doesn't do much, if anything, to get us to understand why art is worth what it's worth.

Luke attends an art show with Sophia. Sophia introduces him to her boss who asks what he thinks of the art gallery. Because he's a literal bull-rider who doesn't get the art on display and is bored by it, Luke says there's just as much bull-crap in the art gallery as there is in his bull-riding stadium. He later calls it a joke, but there is perhaps some truth in it. He is in the moment dismissing the art gallery not realizing that he's also being just as dismissive of his bull-riding.

Sophia is upset that he can be so dismissive and joking about her passion when at no point was she dismissive and joking about his passion. Up until then, she was supportive of his bull-riding and in fact she was his ultimate cheerleader. His mother was a different case. Once doctors tell Luke that if he continues to bull-ride, he could die, his mother tries to talk him out of it, but Luke disregards, which leads to the conclusion that he has to make sacrifices for the one he loves.

Alan Alda plays Ira Levinson, a man whom Luke rescues from a car crash. Luke is on his first date with Sophia, but he spots a busted guard-rail along the road on a rainy night and leaps to Ira's rescue. Yet, it's Sophia who makes regular visits to the hospital to hear Ira read love letters that recount Ira's romance with his late wife Ruth. It's through these letters that Ira is able to teach Sophia the lesson of sacrifice.

Unfortunately, Sophia doesn't need to learn this lesson. She has the opportunity to go to New York City and pursue her passion. Yet, she sacrifices to stay in North Carolina and be with Luke. Based on the novel by Nicholas Sparks, the screenplay by Craig Bolotin doesn't seem to understand that there should have been a better bridge between Luke and Ira. It's Luke who should have been reading Ira's letters or hearing his story. Yet, that might require giving Eastwood more lines of dialogue, which Bolotin didn't seem interested in doing.

Bolotin has made it plain that Luke is the strong silent type. Again, it mimics the archetype set in stone by Eastwood's father. Director George Tillman, Jr. reinforces that archetype in the way young Eastwood is shot and framed. The younger Eastwood could easily fill the shoes of Rowdy Yates, if ever there were a remake of Rawhide to get greenlit. I dare say though that younger Eastwood doesn't possess the grit or gruff to be Will Munny or the iconic "Man With No Name."

I've seen Robertson in several things mostly on TV that makes me believe she's a solid-enough actress. I can't say the same for young Eastwood. He's good at looking handsome, which is evidenced by all the sorority girls' reaction to Luke entering their sorority house. However, the argument for having much, if any kind of charisma is more difficult. It could simply be how his character is written, but I didn't feel the chemistry between the two. Besides lust and rank sexual attraction, I don't get why Sophia would drop everything for him. Yes, he's a southern gentleman with great manners and an old school sense of chivalry, but he is without much wit or humor.

No where is this more apparent than in the flashback scenes that depict Ira's youth and his love affair with Ruth. Jack Huston plays Young Ira and Oona Chaplin plays Ruth. The chemistry between Huston and Chaplin is almost instant. It's electric. Huston may not have Eastwood's perfectly sculpted torso, but he and his character have more charisma in one scene than Eastwood has throughout the entire film. Huston's character felt like someone with whom I could fall in love. Young Ira in fact felt like a flesh-and-blood human with a range of emotions, while Eastwood and his character felt like a Ken doll, occasionally awkward and stiff.

In fact, if Tillman had completely excised the Sophia and Luke story line, and simply focused on the Ira and Ruth story line, I think the film would have been practically perfect. Yes, doing so would have turned this film into another version of The Notebook (2004), minus the dementia aspect, but that wouldn't have been so bad. The ending, however, was so stupid and frankly lackluster. It's obvious that the two will come together, but then to magically make them both rich flies in the face of the third act drum-beating of sacrifice.

Two Stars out of Five.
Rated PG-13 for some sexuality, partial nudity, and some war and sports action.
Running Time: 2 hrs. and 8 mins.