Movie Review - The Spongebob Movie: Sponge Out of Water 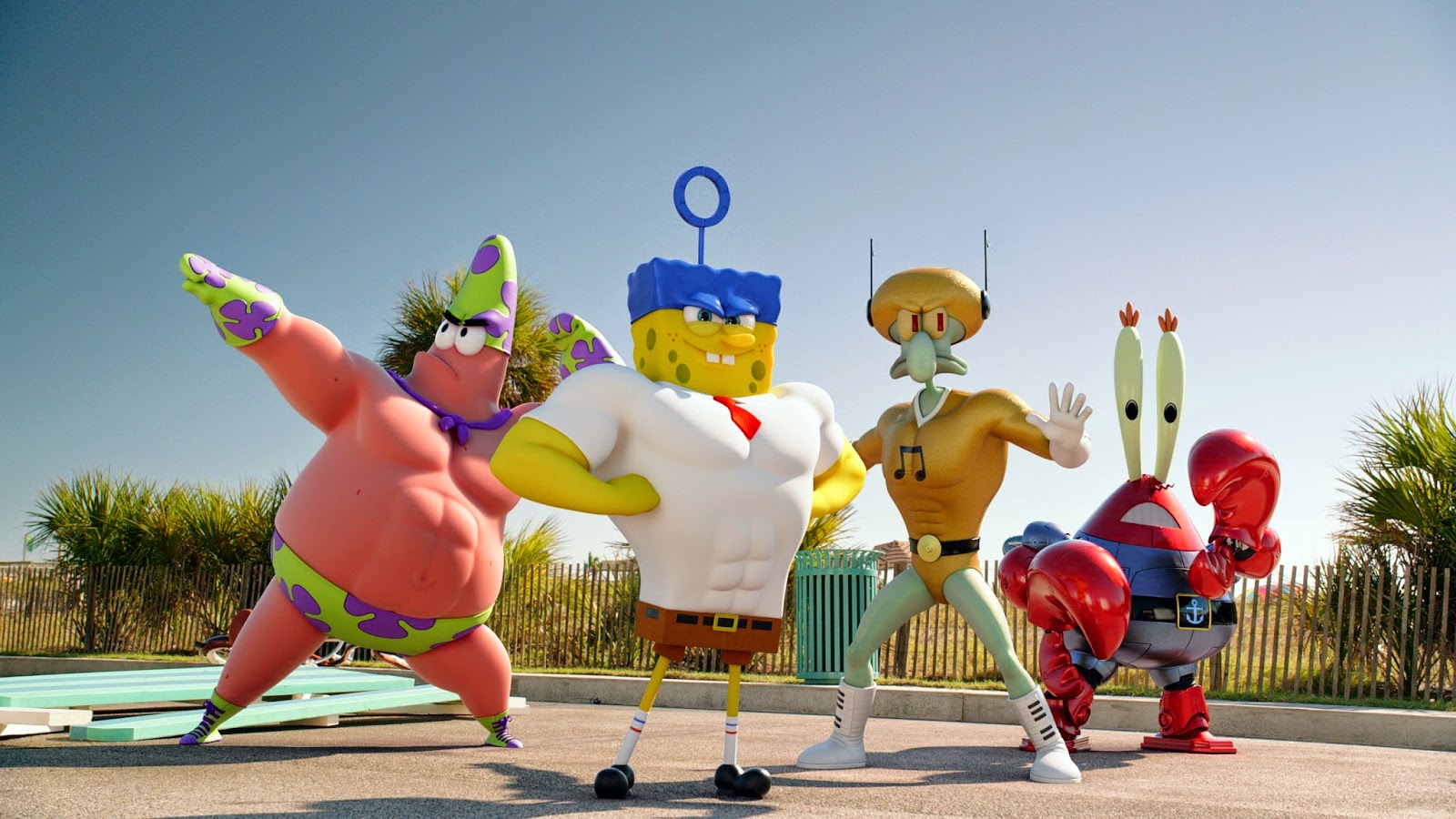 I'm not a fan of the Nickelodeon series Spongebob Squarepants. Yet, this film is the sequel to the 2004 movie based on the series. I checked out the 2004 film just prior to seeing this and it was unnecessary. The two films share thematic and even plot elements, but seeing the first movie is not a requisite. The opening of this film outright gives you a setup and background of the characters and their dynamics.

Antonio Banderas stars as Burger Beard, a even more comical and ridiculous riff on Black Beard, a pirate of centuries past who finds a magical book on a lost, deserted island. This magical book contains the story of Spongebob and his friends. It's like the magical book in ABC's Once Upon a Time, but, like John Candy in Delirious (1991), it's possible to write in the book and effect the reality of the living characters in it.

Before Burger Beard starts affecting the reality of Spongebob, he simply reads the story in the magical book to a bunch of singing birds. That story involves Spongebob who lives in the town of Bikini Bottom, a town under the sea and inhabited by all kinds of sea creatures, including various fish and crustaceans. Spongebob works at a fast-food joint called the Krusty Krab. The signature dish is a sandwich, known as the "Crabby Patty," which is the most popular food item there and in the whole town.

The major conflict involves the secret recipe for the Crabby Patty. The rival, fast-food joint across the street is run by Plankton, a tiny green cyclops that wants the secret recipe and will do anything to get it. Plankton literally wages war. The war is completely ridiculous because it's a literal food fight using fast food items like potatoes vs. pickles. The puns and visual gags are simple and obvious, but the manic energy with which the movie bombards the screen makes it a fun and entertaining war.

Where the movie goes is just absolute insanity. The manic energy never slows down. Thankfully, the rapidity never rises to the level of The Lego Movie. Almost every moment has jokes. The film promotes this idea of teamwork and togetherness against a common problem, but any seriousness around this idea is constantly peppered with humor that somewhat undercuts that seriousness.

Yet, this movie doesn't need seriousness. It doesn't need pathos or any of Pixar's sentimentality. It could just revel in silliness and psychedelic, hallucinatory weirdness. From time-machine phone booths to space dolphins with lasers, the movie at times feels like it could be a LSD-fever dream and its soundtrack reflects that weirdness as well.