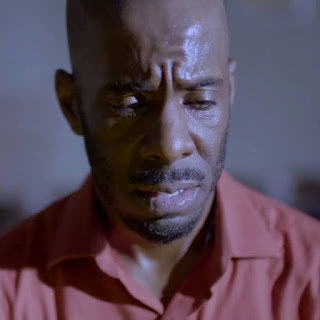 Director Rel Dowdell is a Philadelphia filmmaker whose documentary does ask some important questions, particularly when it comes to the African-American community, but it is also very problematic in terms of its structure and perspective. Dowdell's focus is the issue of black men not being able to pay child support and how that issue is denigrating black men, dividing black families and negatively impacting black children. It's important, very important, that this issue be addressed, but, unfortunately, the way that Dowdell does so is short-sighted, unfair and borderline misogynistic.

There is an implicit bias that is evidenced in Dowdell's movie, which is mainly him interviewing a series of men who have been in trouble with the law with respect to them not paying child support. The implicit bias shows in that Dowdell only speaks to the fathers. In all of the cases that are presented, we only hear from one side and mostly that's these fathers, and most of these men do not speak fondly of the mothers. It's not to say that the fathers aren't right in what they're saying or that the filmmaker can't side with them, but by not presenting the other side and letting us hear from the mothers, Dowdell makes this movie problematic.

Dowdell does provide interviews with a couple of women who do give another perspective, but the overall impression that Dowdell leaves is that these black women are no good. Even by the end of the movie, Dowdell asks Coach Bill Ellerbee, "How would they know if a girl was trying to trap them?" In that question, it reveals Dowdell's bias as if he's framing girls as traps to be avoided. In an earlier interview with rapper Freeway, Dowdell asks him if rappers are targets for women. It invoked the Kanye West song of "Gold Diggers," which suggests that these women only care about money.

Dowdell asks the mother in his movie, Parella L., about women using child support money for luxury items as it were. There is another young mother who pops up in a barbershop scene, but, her presence is rather impromptu. Parella is the only mother who gets the sit-down treatment like the fathers do. Yet, over and over again, Dowdell asks and pushes this idea that women don't use child support money for their children but rather to make themselves pretty. This for sure probably happens, but, the way Dowdell frames it, one would think all women are gold diggers. That's probably not his intention but that is the impression left by this film.

This documentary is mostly real people, but it does feature a couple of scenes where actors are employed. In each of those scenes, women are portrayed as being mean and nasty to black men. Again, I get that Dowdell is trying to convey some real-life experiences that people have had. Unfortunately, it just contributes to the chorus in this movie of how bad or how money-grubbing women are and how black men are mainly victims, even when by their own admission, they simply wouldn't put a condom on.

Dowdell talks to Dr. Christopher Barnes, a professor at Cheyney University who says when it comes to child support, there's no bartering. His implication is that instead of monetary payments, there should be bartering, which is probably the most ridiculous thing I've heard. A child needs food, clothing and shelter. All of which require money. A grocery store, a clothing shop or a landlord is not going to accept bartering as payment. In the barbershop, one guy says spending time with his children is more important than financial support. Again, a child needs water to drink and to bathe in, and the water company doesn't accept "spending time" as payment. 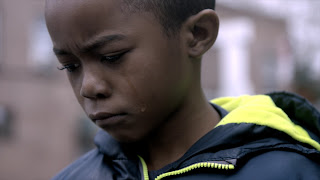 Yet, the most egregious interview is with J'vonne Pearson, a comedian and actor. Pearson mentions he doesn't like his sons having play-dates with girls and he doesn't like boys acting like girls. He talks about boys jumping rope and doing that because they don't have fathers, which is an ignorant thing to say and a homophobic thing to say. The fact that Dowdell doesn't recognize that is yet another reason why this movie is problematic.

If there's any good from this documentary, it's in Dowdell's underlining of the prison aspect. It's pointed out here that black men can and are being imprisoned if they owe child support, even for amounts smaller than $1000, which is illogical. The reason is that the cost to imprison someone for the months at a time would end up being higher than what was originally owed.

In the barbershop scene, Commissioner Brian Gordon talks about there not being a racial or gender bias in child support determination but there is a mathematical process. Dowdell should have found out what that mathematical process is and examined how fair it is. Without that examination, it's easier for him to paint child support with a broad brush as a bad thing, based solely on anecdoctal evidence, which is a weak way to build any argument.

Not Rated but for general audiences.
Running Time: 1 hr. and 46 mins.

Available on DVD/VOD on February 6.