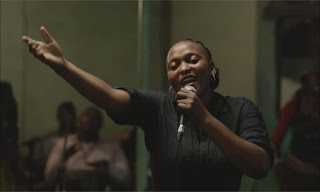 On December 14, the 90th Academy Awards announced a shortlist of nine films for the Oscar for Best Foreign Language Film. That shortlist included two films from Africa. It provided hope that an all-black film could again be recognized only a year after the monumental recognition of Moonlight (2016), a film with an all-black cast too. First, it's rare that an African country submits to the Academy. Countries like Cameroon, Chad, Congo, Ethiopia, Kenya, Mozambique and Tunisia have submitted in the past, but their submissions have been very few and far between. Mozambique, for example, only submitted for the first time this year. The exceptions are Algeria, Egypt and Morocco, but those countries are predominantly Arab people, not ethnically black people.

Of all the African countries with predominant black populations, most of their film submissions are not nominated. It's not as if black films from Africa don't get recognized. The first such was Black and White in Color (1977) from the Ivory Coast at the 49th Academy Awards. The most recent was Timbuktu (2015) from Mauritania at the 87th Academy Awards, which was only the third, African film nominated.

Of the two, African films that made the shortlist this year, the one I preferred was The Wound (Inxeba), which was submitted by South Africa. The second, African film to be nominated for Best Foreign Language Film, which like the Ivory Coast film also won, was Tsotsi (2006) at the 78th
Academy Awards. Because of that fact, I thought The Wound (Inxeba) had a good chance, but, in the wake of #MeToo and the Time's Up Movement, this film from Senegal about a female, African singer also had a good chance. Like Mozambique, this film from Senegal also represents the first ever from that West African nation, despite the film not actually being set in Senegal. 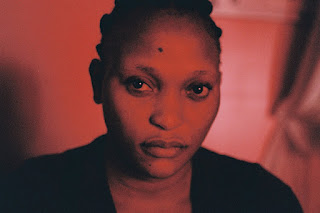 Véro Tshanda Beya Mputu stars as Félicité, a singer at a nightclub and bar in Kinshasa, the capital of the Democratic Republic of the Congo, or DRC, which is in Central Africa. She's poor. Her job doesn't pay much. She has to do odd jobs for other people just to make ends meet. One day, she's called to the hospital and told her 14-year-old son has been seriously injured in a motorcycle accident. Her son needs surgery or he'll lose his leg. Unfortunately, the surgery is too expensive and the after-care including medicine is also too expensive. The movie follows her as she tries to get money to pay for her son's surgery.

Written and directed by Alain Gomis, the movie is at its best when it's about Félicité, the desperate mother who doesn't collapse or cower but goes to whatever lengths to get the money for her son's surgery, which at one point requires her literally to collapse to the floor. The film though brilliantly exposes the problems in the health system in the DRC, particularly in how it's regulated or financed. Félicité has to pay in cash for what would be a major surgery. The sterility and security are supremely lacking as well, as her son is housed in what looks like a crumbling and dirty building.

Gomis' film also exposes a little bit of the culture of Kinshasa, particularly the night life, and it is somewhat fascinating to watch. Félicité sings at her bar regularly and Gomis shows some of those musical performances. Mputu is dubbed, I believe. The voice and music are provided by the Kasai Allstars. Their music is incredible and quite simply joyous, which is appropriate considering the translation of Félicité's name is "our joy." 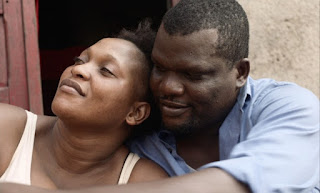 Papi Mpaka co-stars as Tabu, a repair man who clearly has feelings for Félicité. He offers to fix her broken refrigerator but can't quite accomplish the task. It doesn't appear to be a play to keep being around her or in her home, but it does begin a relationship that doesn't seem all that well-defined. When her son is hospitalized and eventually brought home, he's there to look after him, as well as help the son cope with his health issues. Tabu also provides Félicité with companionship, but they don't have sex. He has to get it elsewhere. It's an unusual relationship, one not often depicted, but, beyond its uniqueness, I'm not sure what the point of it was.

Gaetan Claudia also co-stars as Samo, the teenage son of Félicité. He's mute for his entire time in this film. He doesn't speak a word, which is interesting, but it doesn't yield much insight into Samo as a person. He's basically a glorified MacGuffin. The last third of the movie alleviates that somewhat, but it's not enough to satisfy what his relationship to his mom was like or who he is. 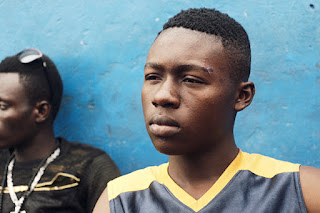 Not Rated but contains brief nudity, some violence and language.
Running Time: 2 hrs. and 4 mins.