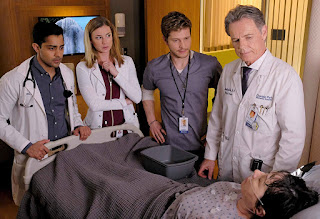 One of the hit new TV shows of the past year is The Good Doctor on ABC, a medical drama to add to the long list that has been on the air. The Good Doctor stands out because it's about an autistic physician, a young autistic physician. That's at least something different. How well that show capitalizes off that difference, that uniqueness, is questionable, but it is a uniqueness. This show doesn't really have anything incredibly unique. It seemingly had something unique and that's a doctor of Indian heritage. Perhaps, his family being from India might be something that's explored, but, as much as this doctor of Indian descent feels like the show's protagonist, by the third episode, this character is shunted to the side. The series then becomes more about those three other white people. Two of which are doctors and the third is a nurse. There's nothing else really that unique or interesting about them. There's some slight rivalries and tensions, but nothing that rises to the level to make this series that compelling to watch week-to-week.

Matt Czuchry (The Good Wife and Gilmore Girls) stars as Conrad Hawkins, an internist at Chastain Park Memorial Hospital in Atlanta, Georgia. He's a bit of a jerk but he is a dedicated doctor. He's a hot shot who isn't afraid to bend or break the rules, if it will save one of his patients. His main rival is Randolph Bell, played by Bruce Greenwood (St. Elsewhere and American Crime Story), the chief of surgery who has hand tremors but who keeps it secret. It becomes a thing that Conrad knows Randolph is endangering patients, but he can't say anything or won't say anything for reasons that the show doesn't make convincing. 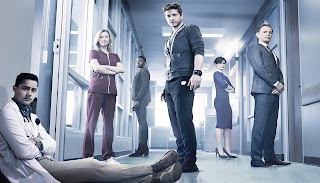 The second episode does a good job of making the rivalry between Conrad and Randolph interesting by presenting a sociopolitical dilemma with strong medical ethics at play. It will be curious to see how long the show plans to drag out this rivalry because it feels as if there will have to be some kind of reckoning from what we see in the first episode. Conrad stabilizes and diagnoses a patient, determining he needs surgery. He sends the patient up to Randolph who performs the surgery but the patient dies because of Randolph's condition. Randolph is able to cover up what he did, but from the conversation Conrad has with Randolph, this doesn't appear to be the first time this has happened. Randolph has killed any number of patients and the following episodes don't address it. Eventually, Randolph will have to atone for that. Unfortunately, the show isn't building that up currently.

Emily VanCamp (Revenge and Brothers & Sisters) co-stars as Nic Nevin, a nurse at the hospital who doesn't have much of a background or backstory, except she's the object of Conrad's loving desire. She's there mostly to assist the doctors. Unless you'd think her just taking up space or filling an insubstantial role, she is given a rival on par with Randolph. Nic's rival is Lane Hunter, played by Melina Kanakaredes (CSI: NY and Providence), an oncologist who has her own clinic, which might be up to dubious things. Nic has to figure it out what it is. It's a mystery that gives Nic something to do, but nothing about it is intriguing as yet. Maybe future episodes will make it intriguing. It's only sad that the series hasn't revealed much about her personal or home life. 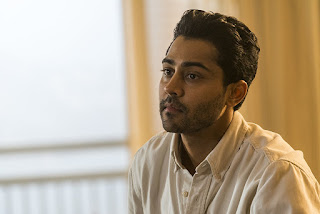 Manish Dayal (90210 and Halt and Catch Fire) also co-stars as Devon Pravesh, the doctor of Indian descent who's the newest doctor in residency at Chastain Park Memorial Hospital. He's fresh out of medical school and has a lot to learn about practicing medicine as opposed to book knowledge of medicine. The first episode establishes that difference by forcing the lesson that it's better to let the patient die, which is a hard lesson. He's front and center for a significant amount of the first, two episodes. Sadly, he's relegated to the rear in the following episodes. Hopefully, we'll get more of his character later because there aren't a lot of TV shows with an Indian-American as the lead.

But, beyond Dayal's character, there's just not much of a hook here. It's a competently-made, medical drama. There's just nothing about it that makes it extraordinary. Medical series in the past with good hooks have been Nurse Jackie and Nip/Tuck. This one doesn't feel like anything special.