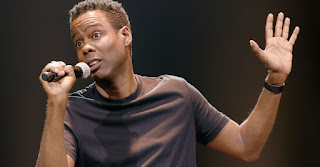 Before going into this stand-up special, there were already two controversies surrounding it.

Chris Rock is 53 as of February 7. A good chunk of his stand-up act is about him being divorced and having two children. His jokes and commentary on child rearing do seem a little tone deaf, but his jokes on topical subjects usually are on point. The first strike though comes from a joke Rock makes about Black Lives Matter and saying cops might want to shoot white kids as to make it look unbiased. Rock made this special probably months ago, so he had no idea that it would be released the same week and in fact the same day as the Stoneman Douglas High School shooting in Parkland, Florida, on February 14 where most of the victims were white.

For people to connect Rock's joke to the shooting and apply some kind of malice is highly unfair. Yes, they both happened on the same day, but Rock was making a point about Black Lives Matter, which is a far and separate thing from a mass shooting by a mentally challenged or mentally ill person. However, what to me is more off the mark are Rock's statements after his joke about Black Lives Matter or even gun control.

As mentioned, his comments about child rearing feel a little tone deaf. He rightly points out that for the parent of a black son, there are certain harder and tougher, life lessons that have to be communicated, even in 2018, as the legacy of racism and bigotry still persists. He equates it to having to punch your black son in the face, ostensibly to toughen him up, even though I think Rock only has daughters. He later goes into a rant about teaching your children to know they're not special or loved, possibly not even by their own family, which of course echoes things Bill Cosby has said in his act. However, he later talks about getting divorced and going through a custody battle but yet wondering why the judge would question his parenting skills. Maybe, it's because he advocates punching his "son" in the face or burning his kids with a toilet seat, weighing them down with a onesie or putting glass in their ice cream.

These are all jokes Rock makes. I'm not saying one should be offended by them. I'm saying that as a writer, for Rock not to connect those dots is either laziness or cowardly. He might argue the former rather than the latter. He does admit to cheating on his wife. Someone cowardly probably wouldn't confess to something like that, but like a lot of male comedians, women are only framed as either sex objects aka hoes or housewives nagging all the time, while always framing men in stereotypical, gender roles too, so it might not be cowardly for him to admit to cheating, if you're so dismissive of women any way. Ultimately, it might just be laziness.

Yet, Rock goes into another rant about bullying in schools. He argues that bullying is needed. He dismisses cyberbullying, ignorant to the numerous cases that have resulted in suicide, especially within the LGBT community or other numerous acts of violence. Tyler Clementi was a famous example of that. John Ridley's TV series American Crime in its second season was all about that, but Rock dismisses it like most people of his age or older dismiss social media or the Internet. This is a little of where Rock's tone deaf part starts to rise or at least some inconsistency emerges.

Later, he bashes the use of social media and cell phones in relationships, comparing it to having a person in your back pocket all the time, but yet he earlier dismisses cyberbullying as not a real threat. He spouts it's not real because it's not physical. Then, why is it real in relationships between married couples? 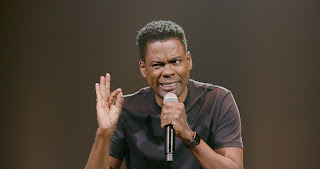 Rock talks about how difficult it is for a black man in America, which is true, but he dismisses the difficulty of black women or doesn't acknowledges it. This is contrasting the second strike against Rock. Before the release of this special on Netflix, the comedian Mo'Nique made headlines. Mo'Nique has called for a boycott of Netflix because she wasn't offered the same amount of money as other comedians who have gotten stand-up specials on Netflix like Amy Schumer and Chris Rock. Mo'Nique has no ill feelings toward Schumer or Rock, but Rock clearly points out a distinction between black men and black women and states black men have it harder. Mo'Nique is proof that that isn't the case. He like everyone else couldn't have known the details of her deal with Netflix until now, but it doesn't take a rocket scientist to figure out black women have been shafted just as much if not more than black men.

His special is called "Tamborine" because he likens being in a relationship to being in a band. He says sometimes you sing lead and sometimes you're on tambourine. Rock hints that tambourine player might not be the best position to have but he says no one likes a mad tambourine player, so his message is do it right regardless and do it with a smile. Underneath are messages of compromise, compassion and sharing, as well as endurance and tolerance. His common theme is given the world is mostly hostile and cruel, best to just grin and bear it in an effort to maintain peace. If that's the lesson he learned from marriage and divorce, things are truly sad.