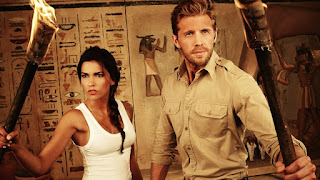 For the past decade or so, CBS has been launching summer replacement series that are either mystery shows or action-adventure programs. Since 2000, CBS has put the reality show Big Brother as its summer-filling content. Yet, over the past decade, it's decided to put scripted-dramas as well in the months between May and September. This one marks about half-dozen or so of these summer replacement shows on CBS in about a decade. Of those recent shows, this one would be ranked very low and it really seems as if CBS is scraping from the bottom of the barrel with this one.

Of the recent, summer replacement shows, Extant (2014), Under the Dome (2013) and Harper's Island (2009) are on the top of the list. Shows like Swingtown (2008) and Zoo (2015) are on the bottom, but, even shows like Swingtown and Zoo had things going for them that this series doesn't. Both those shows had a more interesting cast than this one does. All the shows had more talented names either in front of or behind the camera. Extant had Oscar-winner Halle Berry at its center and core. This series doesn't have that kind of fire-power on screen. Under the Dome was a series based on a book by acclaimed author, Stephen King. It also had Steven Spielberg as its executive producer. Zoo is a series based on a book by successful author, James Patterson. It also had Oscar-nominee, James Mangold, as its executive producer. This series doesn't have that kind of muscle behind the camera. 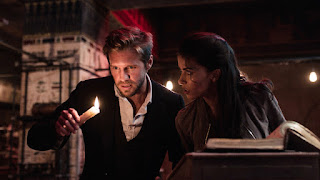 Matthew Federman and Stephen Scaia created this series. Federman and Scaia seem to be writing and producing partners. They seem to have worked together on every project going back to 2008. A couple of projects have been for CBS, including Jericho (2008) and Limitless (2015). This is the first series the two have created themselves, instead of just being hired guns. Those projects on CBS and other projects that Federman and Scaia have worked have been high-concept ideas. Jericho was about a post-apocalyptic world due to a nuclear attack. Limitless was about a man who takes a drug and gets super-powers. This series isn't high-concept. It could be seen as boring by comparison or average.

The series is basically about a terrorist who steals ancient artifacts or archaeological objects of great value. The artifacts and objects are from Egypt. The goal is to use those stolen items to fund terror attacks around the world. One of those objects is the coffin of Cleopatra. The terrorist even detonated a bomb at one of the Pyramids in Egypt, destroying a huge chunk of it. The pyramids in Egypt are some of the greatest landmarks on Earth. The attack that destroys one of them should be a bigger deal that never feels like a big deal at all, as depicted here. It feels that way probably because the show feels very insulated in various ways. 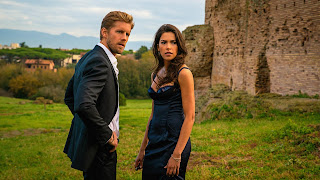 Matt Barr (Valor and Hatfields & McCoys) stars as Danny McNamara, a former FBI agent who is now employed by a very wealthy man to be an antiquities expert. We get some other details about Danny but not much else. He's fairly well trained as a FBI agent. He knows some things about the various cultures and countries he visits as an antiquities expert, but, beyond that, he's rather bland and boring. He's tall, blonde and handsome, but his sex appeal or charm isn't utilized at all in the first few episodes. He's basically just a Ken-doll being shuffled from scene to scene.

Sofia Pernas (The Brave and Jane the Virgin) co-stars as Lexi Vaziri, a renown thief who has all kinds of connections to the criminal world and underground cultures. Some of her skills include being an excellent pickpocket and being able to get out of handcuffs with no problem. She's also good at ballistics and martial arts. However, Danny was able to arrest her once, which is probably the only interesting thing about him. The reason she's not in jail is because she had intelligence on a terrorist that the FBI wanted more than her. That terrorist managed to kill her father and now Lexi has vowed revenge. This aspect would make her the most interesting thing about this series, but, unfortunately, the series hasn't really developed it to its best effect. Her father's death is more a plot point than an emotional angle motivating her. 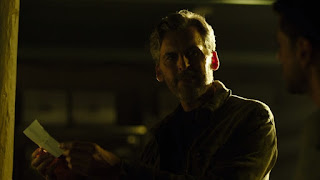 Oded Fehr (Resident Evil: Apocalypse and The Mummy) also co-stars as Karim Farouk, the aforementioned terrorist. His character is certainly underdeveloped. Besides being in the shadows and the run-of-the-mill bad guy, we get nothing about him. Maybe some development will come later, but after three episodes, there still has been nothing for or about him. Other series like Tom Clancy's Jack Ryan (2018) and Homeland (2011) didn't take that long. Their villains were well established very early.

There are various characters that pop up, but there's only one of significance. Patrick Sabongui (The Flash) plays Asim Masood. Asim is an agent with the General Intelligence Directorate in Egypt, which is that country's version of the CIA. He worked with Danny and the FBI before to track down Farouk, but they lost him. When the pyramid is bombed, Asim is assigned to the case. He remarks about how he is personally affected by the case. He's even accused of being a terrorist himself. Given his passion and more personal connection, it's odd that his character isn't the lead. 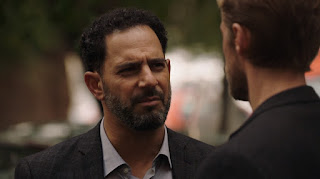 Instead, Asim is killed off in the second episode. He passes the torch to Danny as his last act. It would have been more interesting if the reverse had happened. Danny should have died and Asim should have become the main character here. Danny is such a bland character that him being the lead only drags and dulls the whole thing. He's no Indiana Jones, which is perhaps what the show wants him to be, but a more awkward version of Indiana Jones.