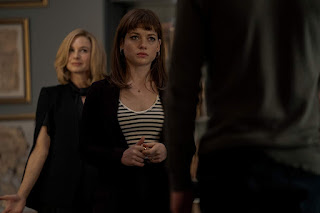 Mike Kelley is probably best known for creating ABC's Revenge, a prime-time soap opera for lack of a better term. It could also be described as a dramatic thriller about a young woman hellbent on making the group of people who ruined her and her father's life pay for what they did. It was a show that dealt with wealth, class and privilege in a cool and tense way. It was populated with very interesting characters who were mostly never boring. It also featured a veteran actress in her 50's giving an incredible performance. This new series attempts to recreate the magic of that series, which ran for four seasons. This series doesn't seem like it's primed to run for that long. It actually seems suited to only last for one, which probably is best.

Jane Levy (Castle Rock and Suburgatory) stars as Lisa Donovan, a scientist in San Francisco who has started her own medical company called Emigen. It's a genetic targeting company that is trying to modify life-saving drugs for people who might not be able to use them. However, to get her company off the ground, she needs funding. She's gotten money from her family, specifically her adopted parents, but she needs more. She's been going around pitching her company to investors over and over, but she hasn't had any luck recently. She's running out of time because she's soon to go bankrupt. Her parents also have an issue where they need the money they gave to Lisa back or else they could face foreclosure. She's white but her adopted parents are Latino and they've been doing okay but now they're in financial straits.

In Kelley's previous series Revenge, his main character was a young woman named Emily Thorne and she was played by Emily VanCamp. If we're going to start with comparing the two protagonists from these two of Kelley's shows, it's no question that Emily Thorne is a much more interesting and quite frankly, smarter character than Lisa. Emily Thorne was no scientist or geneticist, but she had smarts to her that Lisa certainly doesn't display in the first few episodes of this series. This is actually a criticism that could be applied to all of the characters. Characters seemed smarter in Revenge than they do in this series. One of the reasons is probably so they can fall prey to the ridiculous plot that's been put into motion. It's not to say that Revenge didn't have a ridiculous plot too. Yet, there seemed to be an intelligence there that feels lacking here. 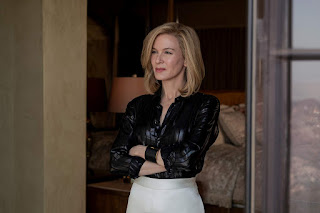 Renée Zellweger (Chicago and Bridget Jones's Diary) also stars as Anne Montgomery, a woman who is a published author and successful businesswoman who has become one of the most powerful and influential investors in the city, country and possibly world. She takes an interest in Lisa's company and she wants to give Lisa the money she needs. There's only one catch. She basically becomes Robert Redford's character in Indecent Proposal (1993). Anne offers to give Lisa the money but at the cost of spending one night with Lisa's husband.

Lisa recognizes that Anne is doing the same thing as Indecent Proposal. Lisa even references that film, presuming that she's seen it. Except, it's a question of whether she has seen it because if she had, then one would think she would be smart enough not to go along with what Anne suggests. One would think that she would be smart enough not even to entertain the idea at all. Anne flirts with Lisa's husband and presumably Anne wants to have sex with him. Lisa and her husband think it's just sex and that their relationship could survive a one-night-stand. Again, if Lisa and her husband were smarter, which if they've seen the 1993 film, they would know it's not that simple. 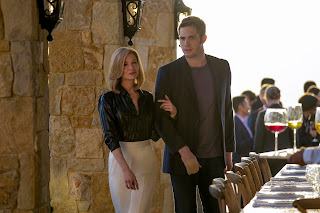 Blake Jenner (The Edge of Seventeen and Glee) co-stars as Sean Donovan, the aforementioned husband of Lisa. He's a former athlete, a former baseball player to be precise. He has two jobs to try to help ends meet, due to him and his wife's financial issues. He works as a paramedic and as a bartender at an upscale place. In all of his roles, Jenner has always played the jock, the hunk, the hot guy everyone would want. Here, he's no different, but the series suggests that he has a troubled past and a violent tendency, something that could be exploited.

It's not a big surprise why Sean would fall into the various traps into which he falls. His character though gets to be a little bit annoying and frustrating. One of the conditions of Anne's proposal is that no matter what, Sean can't talk about what he did with Anne during their one-night-stand. If he does, then Lisa loses ownership of her company, Anne can kick her out and do with the company whatever she wants. This would also include Sean not being able to tell his wife Lisa what he did or didn't do. Yet, Lisa asks and she does so in a private place where no one would know that he told her. She repeatedly asks him to do so and he doesn't do it. He does eventually tell her but he does so in front of Anne, so she can take the company from Lisa. Sean's stupidity reached a new level at that point. It's difficult to root for characters so dumb. He's very pretty and sexy but an idiot. 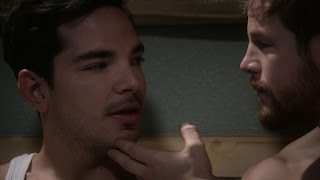 Juan Castano (Tales of the City and Shades of Blue) also co-stars as Marcos Ruiz, the adopted brother to Lisa. He works as a lawyer. He's gay and has an African-American boyfriend named Lionel, played by John Clarence Stewart (Luke Cage and Skin Deep the Series). Lionel is a real estate broker. What's odd is that Marcos and Lionel look like they make a lot of money and live in a really nice place. However, the money problems that Marcos' parents face seem to be something that he can't help, which puts more pressure on Lisa, but it's dumb that that's the case. Marcos doesn't seem to care about it otherwise, so it really makes no sense. 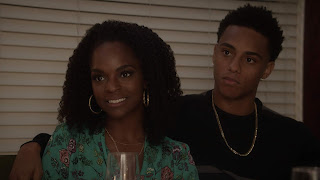 Samantha Marie Ware (Glee) plays Angela Archer, an African-American doctor and surgeon who is friends with Lisa. This is the third story line and it is very much the C-story in this series. Angela is married to a black paramedic who is friends with Lisa's husband, Sean. She's currently having an affair though with another doctor named Ian Harris, played by Dave Annable (Red Band Society and Brothers & Sisters). It could be just another lame, love triangle, but Kelley's series takes it to an extreme place. It's an extremely misogynistic and extremely racist place.

I imagine Kelley and his writers thought they were being provocative, but it's just gross. Angela's story line has nothing to do with the other story lines. If Angela and Ian's whole arc had been removed, the series wouldn't have missed or suffered for it. In fact, I wish it had been removed.