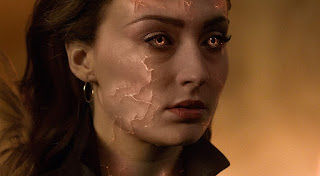 This franchise in cinema began nearly 20 years ago with the first, live-action film, X-Men (2000). It's about a team of super-heroes who are mutants, people born with genetic deviations, which give them incredible powers or supernatural gifts. The leader of the team is a man in a wheelchair named Professor X. The mutants face discrimination from humans who fear or are disgusted. Professor X therefore bought a large property in upstate New York where he's created a school that welcomes and shelters mutants. He also fosters them to do good things with their powers to help humanity. This film would technically be the 12th installment in this franchise. Many argue that it will likely be the end of that franchise, at least in this iteration, involving this cast of actors.

In that, it's similar to Avengers: Endgame, which preceded it by two months. That record-breaking blockbuster featured a lot of nostalgia with characters looking or remembering moments from previous films. It also possessed some notable deaths and some characters seemingly riding off into the sunset, retiring as it were. It's doubtful that writer-director Simon Kinberg had access to the script for Avengers: Endgame, but who knows? If not, then the similarities only expose the predictability or laziness that filmmakers for these kinds of super-hero stories have. 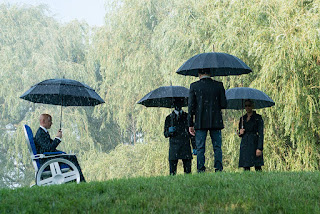 There were moments here that I was also reminded of the recent Captain Marvel. I was reminded due to the god-like powers bestowed upon a young woman and the filmmakers not knowing what to do with that god-like power in a satisfying way. There's also obvious feminist overtones, which try to compensate for the lack of female leads in these comic book films. Unfortunately, that feminism is not only undercut by the clunkiness by which it's purveyed but also by the narrative trope known as "fridging," which Kinberg drops like a bomb early in this movie.

Fridging is when a female character is either de-powered or killed in order to motivate a male character into doing some action, typically seek vengeance and commit violent acts himself. Fridging is a misogynistic and offensive trope that occurs in comic book and action stories. It's a term that was coined in the 1990's, but in the nearly 30 years since its identification, it continues to be a problem. In fact, last year's entry in this franchise, Deadpool 2 was also accused of fridging its main female character. Kinberg would have been aware of those criticisms and perhaps had time to address them, but he doesn't. 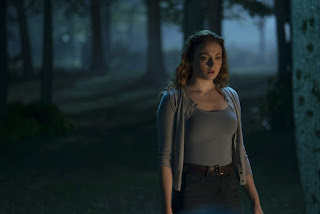 Sophie Turner (Game of Thrones) stars as Jean Grey, a teenage mutant ninja girl whose power is telekinesis and telepathy. She can move things with her mind as well as read people's minds. The character of Jean Grey has been around since the 2000 film but the version played by Turner only appeared in the previous film, X-Men: Apocalypse (2016). A criticism of that 2016 film is that we got nothing about Turner's character and a lot of the other younger mutants introduced in that film. I suppose that the filmmakers were saving it for this one, but, aside from the traumatic moment that brought Jean to Professor X, there's nothing else about her that we get. We do get that she is dating another mutant, but even that relationship isn't developed at all.

The plot involves the X-Men being sent into space to save some American astronauts who had been attacked by what looks like a solar flare but is some kind of living energy. Jean ends up absorbing that living energy and it becomes a part of her, making her the most powerful being on Earth. That origin is akin to how Captain Marvel got her powers and what her status became. Like Captain Marvel, Jean's memory was also erased or blocked. The difference is that Captain Marvel was trained to use and control her god-like power. Jean wasn't trained or even allowed herself to be trained. She loses control and hurts some people and then believes herself a danger, so she just runs away. 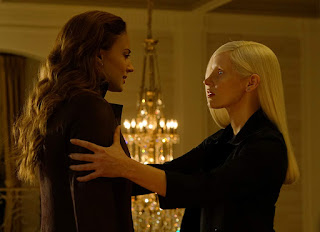 Jessica Chastain (Zero Dark Thirty and Molly's Game) plays Vuk, an alien who wants the power that Jean absorbed. Vuk wants to absorb it for herself. There's a convoluted back story about her alien race and their history with this energy that we learn about through an exposition dump. It makes no sense. It's quickly thrown down. Her character is just one-note. There's no depth to her. She's simply meant to be a scary villain. She's by far the worst villain of all the movies in this franchise. Having been betrayed by her male mentors or potential male mentors, Vuk is supposed to be a woman that accepts Jean and takes her in, but it's not developed well at all.

Other than the whole alien invasion plot, the premise of this film is one that I don't buy. The alien invasion isn't the least believable thing about this film. What's unbelievable is what Professor X aka Charles Xavier, played by James McAvoy (Split and Atonement) does. Professor X basically erases Jean's memory of the car crash that killed her mother and caused her father to give her away. I don't understand and I don't think the film ever explains why Professor X does so because I don't think he's ever done so before in this film series. The 2000 film for example was the opposite. Professor X was trying to help Wolverine remember his past and his trauma, not forget it, so I don't get his choice here. 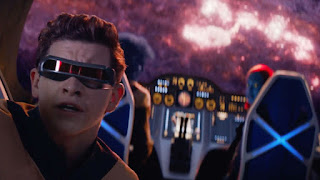 Tye Sheridan (Ready Player One and Mud) plays Scott Summers aka Cyclops. He's the boyfriend of Jean Grey, but that relationship isn't explored much at all. He could have been taken out of the film entirely and it wouldn't have mattered. Sheridan was in the film The Tree of Life (2011) with Chastain. Unfortunately, he doesn't really get any screen time with her here.

In terms of action, not much of it is interesting or memorable. There is a train hijacking scene toward the end that is okay, but it's not worth the price of admission. If one wants to see a better version of this story, check out X-Men: The Animated Series. The third season of that show, which aired in 1994, did the character of Jean Grey extremely better than this.