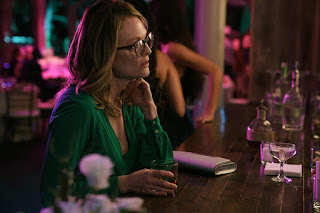 Sebastián Lelio directed a film that won an Oscar at the 90th Academy Awards for Best Foreign Language Film. Lelio's film was the official submission from Chile. Previously, his film Gloria (2014) was also the official submission from Chile, but to the 86th Academy Awards. Most of his work has been in Spanish. He did make his first English-language film with Disobediance (2018). He decided to follow up his English-language debut with this film, which is essentially a remake of his 2014 work. Instead of being set in his native land, it takes place here in the United States.

Julianne Moore (The Hours and Boogie Nights) stars as Gloria Bell, a woman who is probably in her 50's, maybe late 40's. She has two adult children, both in their 20's or older. She says she's been divorced for over a decade. She lives alone now. She has an apartment and a job with an office where she does insurance work possibly.

She frequently goes to a bar and nightclub that plays disco-era music and is predominantly for people over the age of 40. While there, she'll normally drink and dance alone. Occasionally, a man will buy her an alcoholic beverage and ask her to dance. She doesn't seem fully content, as if she's missing something. This comes out when she's around her kids who seem busy with their own lives to pay her any attention. 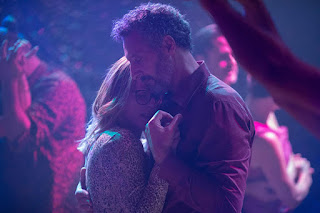 John Turturro (O Brother, Where Art Thou and Barton Fink) co-stars as Arnold Tenner, a man who's also in his 50's or older. He's too divorced but has been for only a year. His children are adults too, but, unlike Gloria, Arnold's kids are still very dependent on him. They call him, constantly wanting favors, and he can't say no. He meets Gloria at the bar and falls for her. Yet, his co-dependency interferes with their relationship, which results in him acting like a child and often just running away. It's no wonder he runs an amusement park.

This film doesn't really have a plot. It's more of a character study of the titular person, as she relates to this man and her children. The writing and direction are fair. It's mainly a shot-for-shot remake. It's like what Michael Haneke did for Funny Games, except not much was lost in the translation of that horror film. There is something that is lost in the translation here. 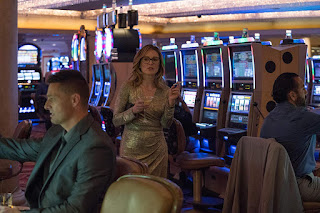 The back-and-forth of the relationship in the original film isn't as much of a gut-punch here as it was in that original. A part of that has to do with the casting. Moore and Turturro are almost too good-looking to play these characters. It's not that the actors in the original are horrid. The original actors are okay. Moore and Turturro are Hollywood handsome, which is still exponentially good-looking than the average person. It's also not that good-looking people can't have issues dating, but, from what I remember in the original film, the characters' looks and self-esteem play a factor in their stories and relationship. That factor or aspect has been completely lost here.