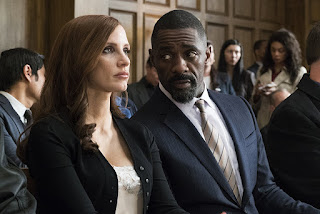 Aaron Sorkin is a highly acclaimed screenwriter. He was nominated for two Academy Awards in the category of Best Writing, Adapted Screenplay. He's probably best known for creating the TV series The West Wing but his most successful work was his first original screenplay, A Few Good Men (1992), which made the most money in the box office. After 25 years in the business, Sorkin has decided to make his directorial debut. He's written a few good movies, a few great movies, but he's always turned it over to a director to bring it to life, from Rob Reiner to Mike Nichols to David Fincher to Danny Boyle. He's gotten the best directors to handle his scripts, but now he's doing it himself and has clearly learned from the best, although of all the directors Boyle is probably the most influential here.

Sorkin has a talent for adapting the books of or about real-life people. He wrote for the screen the stories of Charlie Wilson, an extraordinary politician, Mark Zuckerberg, the so-called founder of Facebook, Billy Beane, baseball manager, and Steve Jobs, the founder of Apple Computer. All of his work has usually revolved around great or interesting white, heterosexual men. For his first-time in the directing chair, Sorkin has chosen to make his protagonist a woman. He's again found a book of a real-life person that is great and interesting, and in Sorkin's hands, he wonderfully tells her story.

Like The Social Network (2010), Sorkin structures the whole thing in flashback with parallel story-lines of a legal problem in the present and the origins of that legal problem in the past. The movie jumps back-and-forth between the past and present in a great way. The one complaint is the over-abundance of narration. The film is almost wall-to-wall narration, but that narration is so clever and funny that it's entertaining. Sorkin is known for his dialogue, which his scripts are built largely on. He also does great monologues, which the narration here feels like, one long, great monologue. Some might find it insufferable or overwhelming. It's expository to the max, but it's also informative about its subject matter and padded with quips and snappy one-liners. 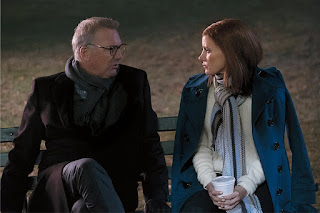 Jessica Chastain (The Martian and Zero Dark Thirty) stars as Molly Bloom, a former Olympic skier who becomes the organizer of high-stakes poker games for celebrities in Los Angeles and the elite and wealthy in New York. The movie opens with Molly being arrested by the FBI for illegal gambling and other charges. She has to try to beat the charges, as we see how she went from the Olympics to Texas hold 'em. Molly narrates this whole thing. Chastain did a film last year called Miss Sloane, which felt very much like a Sorkin script, so she already proved herself capable of handling Sorkin or at least Sorkin-like writing, including the long monologue that is her narration, but the snappy dialogue he gives her as well.

Kevin Costner (Hidden Figures and Dances With Wolves) co-stars as Larry Bloom, the father to Molly. He's a clinical psychologist and professor at Colorado State University. He has two other children, two sons. His wife was a ski instructor. Somehow though, we see Larry training Molly in skiing when she was a little girl up until she competed at the Olympics. He is very tough on her and pushes her very hard. It's almost cliché but we get to see why he is the way that he is. There are a couple of great scenes where we see Larry and Molly go at each other. The best is probably at a dinner table where we see Molly assert herself and a feminist angle and Larry slaps her down. She can seem childish and he can seem cruel but it does crescendo in a beautiful moment between the two at the end.

Idris Elba (Thor: Ragnarok and Beasts of No Nation) also co-stars as Charlie Jaffey, the lawyer that Molly hires to defend her. A lot of the present-day stuff is her trying to convince him to represent her and him then trying to convince her to consent to legal arguments that would either expose the celebrities whom came to her games or diminish what she built herself, a minor role reduction as it's called. He's a father too with a little girl whom he gives extra school assignments like reading Arthur Miller's The Crucible. Charlie doubts Molly's assertion of innocence but as it goes along becomes impressed by her.

In the flashbacks, we meet a host of men who end up playing poker in Molly's games. We see a gamut of toxicity from these various men. Some men just want to have sex with her. Some men are gambling addicts. Some men simply want to use her to make money quickly or illegally. Each man just wants to use her or take something from her. We see how much a male-dominated world this poker world is. This is nothing new. It's not as if anyone looks at a casino and think it a bastion for wholesomeness or even gender equality. It's also rare for a movie to have a poker scene and have that scene just be a happy-go-lucky scene. Usually, poker scenes in movies are rife with bad undercurrents. 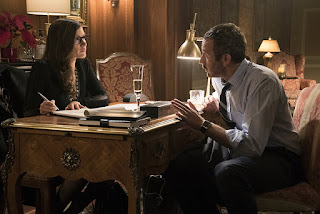 Exposing the seediness or misogyny in the world of poker, both underground and among high-end players, is not new or innovative. It's certainly relevant in this current environment where sexism and sexual harassment have been exposed and are being exposed on a weekly basis. Exposing the unfairness and biases in the legal justice system is also nothing new, but Sorkin handles it fairly well here. He underlines how it's important to stand strong for yourself against that system. Molly is lucky in a lot of ways and despite having her assets frozen is still afforded some privileges that most wouldn't have. Yet, comparatively speaking, Molly's case is representative of government overreach or over prosecution. Molly's case is also representative of the importance of one's own name. All through her legal case, she keeps getting pushed to name names, some names she knows and others she doesn't, but the importance of names, especially one's name is reiterated.

Speaking of names, we get great supporting character performances from several interesting names. Jeremy Strong (The Big Short and Zero Dark Thirty) plays Dean Keith, the guy who introduces Molly to the world of poker. Michael Cera (Juno and Superbad) plays Player X, the Hollywood celebrity with whom she clashes the most and the euphemism for Tobey Maguire. Brian d'Arcy James (Spotlight and Smash) plays Bad Brad, the hedge-fund schmuck. Bill Camp (The Night Of and Midnight Special) plays Harlan, the gambling addict. Justin Kirk (Weeds and Angels in America) plays Jay, the easily love-struck and philandering rock-star, and Chris O'Dowd (Bridesmaids and The Sapphires) as Douglas Downey, just a drunken idiot who turns informant.