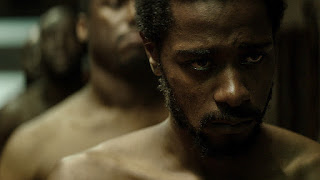 Writer-director Matt Ruskin tells the true story of Colin Warner, an immigrant from Trinidad living in Brooklyn. Warner is a black man who was arrested at the age 18 for a murder that happened on April 10, 1980. What follows is something similar to the Oscar-nominated film The Hurricane (1999) starring Denzel Washington as Rubin Carter. Lakeith Stanfield is the protagonist here and he's no Denzel Washington, so the strength of Stanfield's performance doesn't carry this movie like Washington's performance did 18 years ago. This film is not much more than a reminder for millennials that cases like this have happened and could happen. Warner like Carter was falsely convicted of murder.

One can point to HBO's The Night Of as a more prime example of false convictions or almost false convictions, but this movie really goes through all the motions. Unfortunately, Stanfield's character is eventually lost to Nnamdi Asomugha who plays Carl King aka KC, the best friend to Colin Warner, played by Stanfield. KC sacrificed and dedicated a large chunk of his life to try to free Colin. It's not really unfortunate because Asomugha becomes the co-lead of the movie and he carries it in a way that perhaps isn't as strong as Denzel Washington but still demonstrates strong potential from Asomugha. 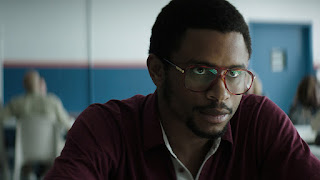 Ruskin does hit the major points, if not all the points in regard to Colin's case, which show off the flaws in the criminal justice system, particularly in the trial process and appeal process. It's not as damning as recent Netflix series like Making a Murderer or The Confession Tapes, but it's still a powerful story that deserved to be adapted into a film.

Rated R for language, some sexuality/nudity and violence.
Running Time: 1 hr. and 40 mins.