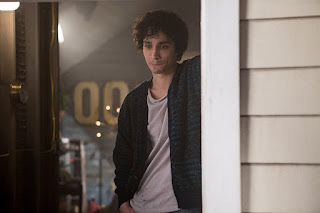 This movie has a question at its center that it wants to consider. That question is if you should help someone, specifically stay with them, even though doing so would put your own life or freedom at risk. The answer might seem obvious, but this movie, written by Brandon Boyce, and directed by Dean Devlin (Geostorm) adds a crazy wrinkle of what if the risk comes from a wealthy, well-organized and very smart, serial killer. At what point do you give up? At what point do you decide that helping someone else is too dangerous and that helping yourself is more important?

Robert Sheehan who played a key role in Geostorm (2017) stars here as Sean Falco, an Irish photographer who works as a valet at an upscale restaurant in Portland, Oregon. He's dating a beautiful, college student. His mom and stepdad have good jobs and have a nice home, but that isn't enough for him. He also is a petty thief. He and his best friend and fellow valet rob houses.

One night when Sean breaks into a house, he finds that the owner is a serial killer who currently has a girl alive but chained up in his office. The owner has all kinds of technology that monitor his house, so when Sean learns that, he has the choice to run for his life or stay and help the girl. As the title implies, Sean chooses to run and leave the girl alone and helpless, especially when the owner comes back and knows someone has been there.

What's great about this movie is that it doesn't make Sean or even the police stupid, meaning the killer has to be smarter to keep ahead of them. Often times in films, the actions of characters will feel so dumb or often I'll be in the audience thinking up obvious solutions to the problem that aren't even acknowledged. Devlin's film here doesn't do that. All of the things I thought up in the audience, this movie not only acknowledges my thoughts but it actually realizes them on screen. 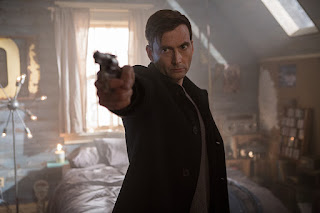 David Tennant (Doctor Who and Broadchurch) co-stars as Cale Erendreich, the aforementioned serial killer, but he's also a very rich man with unlimited resources who has a sadistic thing for horses. He in fact treats women like they're horses before killing them. In some ways, Tennant is playing a version of his character from Jessica Jones or a variation of the titular American Psycho (2000), perhaps not as interesting as characters in recent stories that involve a home invasion and reveal a tied up girl in a man's house like Don't Breathe (2016) or the first season of Bates Motel (2013). Yet, Cale is smart and smart in the way that villains can be in films where they have an elaborate plan that is almost flawlessly executed, if it weren't for their own fatal flaw.

Unlike here, Don't Breathe and Bates Motel didn't make the men sheerly sadistic and not much more. There was nuance to the men who kidnapped women and they were given clear motives and reasons that made some kind of sense. Here, Cale is just a bad seed, always has been and always will be. The suspension of disbelief comes in how he could become a wealthy man given his obvious disposition and back story, but the movie makes up for that suspension of disbelief by crafting a really clever game of cat-and-mouse. 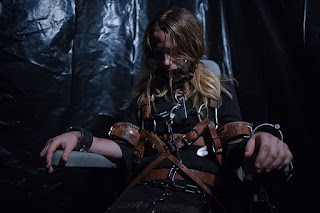 Sheehan gives a performance of a petty and selfish guy who gets a serious wakeup call and shock to the system that propels a charity and altruism that perhaps always existed in him. It simply needed to be brought out. It may not be the case for everyone, and this movie is probably not trying to make any broader statements about humanity. It's merely a slight theme in a fairly decent yarn.