On Sunday, April 29, the 45th Daytime Emmy Awards was broadcast directly and solely on the Internet. It's an award show that recognizes and honors television, mainly broadcast television, but the broadcast networks have mostly given up on this award show. Normally, the award show would air in primetime on one of the major networks. However, over the past decade, the ratings for the telecast has declined steadily.

At the 20th Daytime Emmys, the ratings were over 20 million viewers. By the 30th Daytime Emmys, that number dropped to 8 million. For the 35th Daytime Emmys, it went down to 5 million. By the 39th year, the networks didn't see any financial benefit or value. The show then shifted to cable channels like HLN and POP, but the 41st Daytime Emmys was the first time the show didn't air on any network and was instead streamed online.

The abandonment of the telecast makes sense. The Daytime Emmys has always been buttressed by the soap operas. Each of the networks, including NBC, ABC and CBS at their heights, had at least three hours of soap operas that they broadcast every day, which meant around nine soap operas aired every year. One year back in 1969, there were 19 soaps. Because of declining ratings, today there are only four, which makes nominations easy. At their peak, the soaps commanded 9 million viewers. Since the 2007-2008 season though, no soap has gotten over 3 million viewers, and the general trajectory continues to be downward.

Days of Our Lives on NBC won in most of the major categories. It won Outstanding Drama Series, Outstanding Writing, Outstanding Directing, Outstanding Supporting Actor and Outstanding Lead Actor. Notably, it's been decades since a single drama made that kind of sweep at these awards. When James Reynolds who plays Abe Carver won for Lead Actor, he acknowledged in his acceptance speech that he's only the third black person to win in this category. He's only the fourth person of color to win. Reynolds also referenced the storyline by Ron Carlivati, the current head writer. The storyline was topical in that it was about Black Lives Matter or at least its underlying issue of police shooting unarmed African-American males.

It was a powerful story in which Reynolds played the father to an unarmed black kid who got shot by a police officer. His son was played by Kyler Pettis as Theo Carver and the police officer was played by Casey Moss who played JJ Devereux. Moss was also nominated for Outstanding Younger Actor. The storyline also spun off into a baby paternity story that affected the other black cast members, including Sal Stowers who plays Lani Price, the daughter to Abe, and Lamon Archey who plays Eli Grant, a new character recently added. 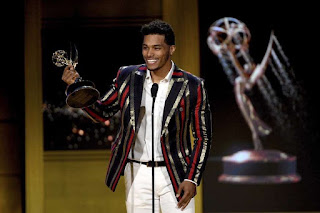 When it comes to diversity, specifically black actors, there were a lot recognized that night. Rome Flynn is a new actor who is black, Irish and of Cuban descent. He actually beat Moss in the category of Outstanding Younger Actor. Flynn played Zende Forrester, a young orphan whose family died of AIDS and who argues for the adoption of his girlfriend's baby to her black transgender sister. It's not just Flynn. Vernee Watson is a veteran actress from New Jersey who won that night for Outstanding Special Guest Performer for her role of Aunt Stella in General Hospital on ABC. Yet, it's not just actors on soap operas. Wayne Brady won for Outstanding Game Show Host for Let's Make a Deal on CBS. Steve Harvey won Outstanding Talk Show Host - Informative for Steve in syndication. Adrienne Houghton, Loni Love, Jeannie Mai and Tamera Mowry-Housley won Outstanding Talk Show Host - Entertainment for The Real in syndication.

The award show also took time out not only to recognize actors of color but also make nods to actors and characters who are LGBT. For starters, Bill Hayes and Susan Seaforth Hayes won the Emmy for the Lifetime Achievement Award. The married couple both off-screen and on-screen on Days of Our Lives celebrated nearly 50 years on the show and pointed out how their show has diversity of color and sexuality with a gay love triangle between three men. 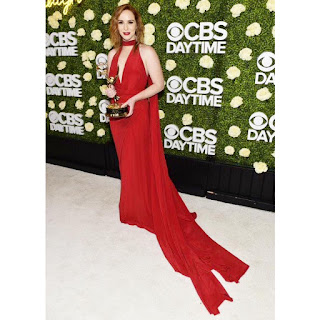 One of the actors in that gay love triangle is Chandler Massey who was nominated for Outstanding Supporting Actor. Massey plays Will Horton who came out as gay several years ago. Will married Sonny Kiriakis in April 2014, which marked the first same-sex wedding between two men on daytime TV. This year, Will is pursuing a relationship with former baseball star and ex-lover to Sonny, Paul Narita, played by Christopher Sean. Greg Rikaart who is openly gay was also nominated in the same category as Massey but for his role on The Young and the Restless. Camryn Grimes won Outstanding Supporting Actress also for her role in The Young and the Restless, which included a gay romance for her character, Mariah Copeland. Outside of the soaps, the LOGO documentary about gay makeup artist, Kevyn Aucoin, won Outstanding Special Class Special.

Going back to my opening topic though, one of the reasons that daytime TV has lost ratings is due to digital cable and the landscape being so fractured. Another reason is the proliferation of the Internet. It's ironic because the Daytime Emmys like the Primetime Emmys recognize and award content originated on the Internet. Many programs on Netflix have been nominated at both award ceremonies. The problem is distinguishing which Netflix content goes to which award show.

Daytime TV is generally defined as programming between the hours of 9 AM and 7 PM. However, programs on Netflix or other streaming services don't air according to any kind of time schedule. Normally, Netflix picks a date and releases all the episodes at the same on that date. There's no time schedule for Netflix's episodes, so House of Cards could be eligible for the Daytime Emmys. The fact that it's instead in primetime seems totally arbitrary. The same is true for Netflix's Eastsiders, which was nominated here for the Daytime Emmys. The question is why. What makes Eastsiders a daytime show rather than a primetime one? 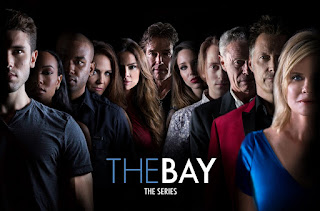 Nevertheless, soap operas are the signature of the Daytime Emmys. They produce over 200 episodes per year. However, at the 38th Daytime Emmys, the organization started recognizing soap operas on the Internet. The difference is that the Internet soaps only produced 3 to 35 episodes. It wasn't until the 43rd Daytime Emmys that the academy officially called the category for Internet soaps, Outstanding Digital Daytime Drama Series. For that category, there were only three awards given out. This year, the academy added more, so now there are eight awards honoring Internet soaps.

The Emmys are like the Grammys in that it has categories recognizing various formats or genres. The Emmys aren't as delineated or divided up as the Grammys, but it's getting there. For example, there are two categories for talks shows, Outstanding Talk Show - Entertainment and Outstanding Talk Show - Informative. The academy split talk shows into either of these two categories 10 years ago and it makes me wonder about a talk show prior to then like The Oprah Winfrey Show, which was both entertainment some days and other days informative, so what category would she be put into today?

Things get more confusing because ABC's The Chew is put into the Outstanding Talk Show - Informative category. The Chew is a series centered around cooking. Yet, there is another category called Outstanding Culinary Program, which might be more appropriate for The Chew. Ostensibly, these categories were created to spread the love to other shows that were perhaps being snubbed or overlooked in years previous, which I endorse, but it's the age-old question of how certain shows are ghettoized by these separate but not equal categories.

Outstanding Digital Daytime Drama Series feels like a ghettoized category. So many soap stars have gone to the Internet with these brief, online shows, mainly due to the fact that so many of the soap operas on the networks have been cancelled. It would be my suggestion that the so-called digital daytime drama series like Venice: The Series or The Bay: The Series compete in the same category as Days of Our Lives or General Hospital. 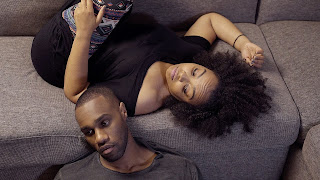 Some might argue that Days of Our Lives and General Hospital produce over 200 episodes per year, and that is a completely different kind of endeavor than something like The Bay: The Series, which only produced 14 episodes last year, but it's not as if the Daytime Emmys haven't pitted two shows with vastly different production schedules against each other before. In the 80's, Captain Kangaroo was pitted against Smurfs. In the 70's, The Electric Company was pitted against Schoolhouse Rock!. At the 22nd Daytime Emmys, American Gladiators, which only produced 23 episodes that season, was pitted against Jeopardy!, which produced 230 that year.

Therefore, there is precedent. Otherwise, there are only four soaps left. Each four is going to get nominated from now until they're cancelled, which makes them essentially an oligopoly. Let the network shows compete with the digital shows. Regardless, the new categories shine a light to great new talent like James Bland whose web series Giants on YouTube is wonderful. It got two nominations this year and everybody should watch it.