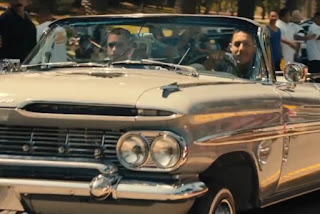 Telemundo is a Spanish-language, TV network, owned by Comcast and controlled by Comcast's subsidiary, NBCUniversal. Last year, Telemundo launched a film division and this movie is its first project. This comes after a recent slate of Spanish-language films doing well in the American box office. This movie isn't in Spanish. It's English-language but it is targeted toward the Hispanic and Latino community. It does so by shining a light on a culture very specific to Latinos in California, especially the Mexican-Americans of East Los Angeles.

A low-rider is an old car that has been customized with hydraulic systems to raise the chassis higher and lower than normal. They're also painted fresh, bright colors or have designs and specific paintings on them. Any car can be customized, but the preference seems to be Chevrolet cars from the 1950's and 60's, particularly coupes and sports cars by that maker and from that time.

Written by Elgin James and Cheo Hodari Coker, the movie doesn't do much to go beyond the surface of low-rider culture. In fact, it's barely utilized in this film. It's mostly background. It's not as integral as it is in Peter Bratt's La Mission (2010). The main character in La Mission was a guy who built low-riders. It was his main focus. Here, the main character is a graffiti artist who is the son of a mechanic that builds low-riders. It's close enough to low-rider culture but is still somewhat tangential and at times comes across as distant. 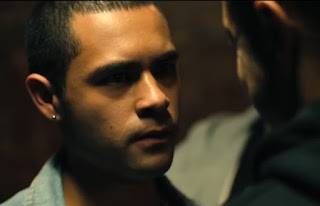 Gabriel Chavarria (East Los High) stars as Danny Alvarez, a college-age kid who doesn't seem to be in college or maybe he's off for the summer. Instead of focusing on school or getting a job, he'd rather skateboard with his friend and spray-paint graffiti on the side of L.A. bridges, which invariably gets him in trouble with the law.

Demián Bichir (Alien: Covenant and The Hateful Eight) co-stars as Miguel Alvarez, the widowed father to Danny who has remarried. He runs a garage, which houses a low-rider that he uses to compete at the car competition in Elysian Park. We get a brief scene of that Elysian Park show but that scene isn't really about the cars. It's about his sons. 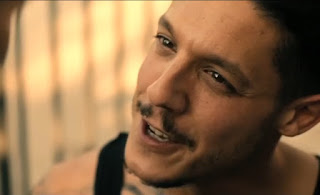 Theo Rossi (Sons of Anarchy and Luke Cage) also stars as Francisco Alvarez aka "Ghost," the eldest son of Miguel and older brother to Danny. He was recently released from prison. While he was incarcerated, his father never visited, which ended up being an 8-year absence. This makes Ghost hate his father on top of the fact that Ghost blames Miguel for his mother's death.

Danny loves and misses his brother, so when Ghost returns after his prison sentence, he's easily able to seduce Danny into going against their father. Danny feels his father doesn't appreciate him as an artist. Ghost wants to build a low-rider and compete against their father at Elysian Park. As a plot or a motivating factor in this movie, it's rather brushed off. It's not sure if that's how it is in the script, or if director Ricardo de Montreuil cut it short, but it felt like more should have been made of the Elysian Park competition. Instead, the film speeds over it. 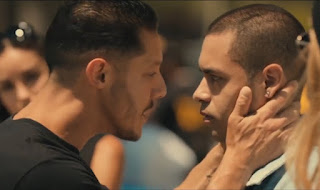 What holds this movie together is the performances of these three actors. Chavarria in particular is an amazing find who exudes the same kind of essence as James Dean in Rebel Without a Cause (1955). Rossi is first introduced in shadow who steps into light and he totally delivers emotionally and spiritually on that idea, the idea of being in between shadow and light, good and bad. Rossi's character of Ghost is not unlike an actual ghost. Working off one another, Chavarria and Rossi have incredible chemistry. Rossi, however, could have chemistry with anybody. He's so electric and engaging, but both are thoroughly believable as brothers. They have such passion, such depth and without much dialogue. Their mere countenances convey so much. Plus, both are overwhelmingly sexy. Their physical appeal can't be overlooked. 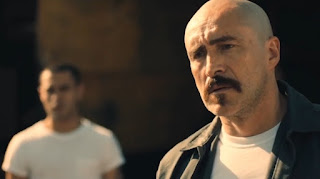 Bichir is an Oscar-nominated actor. He has a depth and a gravitas all his own. The film doesn't make much use of him. He could have been given more scenes as to explore his character, but what we do get of him is highly effective. Yet, he's the perfect focal point for the two younger actors who shine opposite him.

Rated PG for language, some violence, sensuality and brief drug use.
Running Time: 1 hr. and 38 mins. 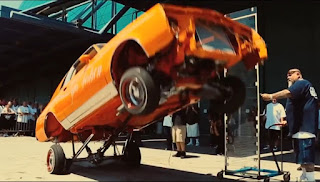