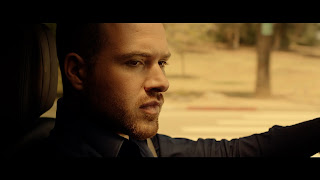 For the past five years, we've gotten one film every year that is about a man driving in his car where the movie spends the entire time in that car, never letting the man get out. It started with Vehicle 19 (2013) starring Paul Walker. The following year, we got Locke (2014) starring Tom Hardy. There was then the subversive Iranian film, Jafar Panahi's Taxi (2015) and last year gave us Thomas Torrey's Fare (2016), which took the concept and twisted it into a horror film. This year, we now have that of actress, comedienne and former talk show host, Aisha Tyler (CBS' The Talk). At the heart of it is an examination of Hollywood, which was also at the heart of her talk show, though I'm not sure her movie says anything new. If anything, it only reinforces a lot of the stereotypes about Tinsel Town in that it's basically a cesspool of sex, drugs and people who only care about money, although it briefly becomes a pulpy revenge thriller, but oh so briefly.

Of the four, aforementioned films, this movie is more akin to Locke, directed by Steven Knight, which is essentially the male driver having a series of conversations on his car phone. Because the whole thing takes place in the one car, it limits what the camera can do and what it could and should focus on. With that said, Knight did find camera shots and angles, as well as camera moves, both inside and outside the car that made the movie feel somewhat dynamic. Tyler doesn't really find those dynamic camera shots, especially not after the first 15 minutes, which are intriguing but after that, it's close-up after close-up of the driver's face. Given that the writer of this movie is also the star, this amount of focus on his face could feel like vanity.

Emmett Hughes stars as Tristan Blake, an Irish actor who has become well-known in Hollywood who's probably on the level of Colin Farrell, if not higher and younger. The movie depicts two days out of his life. In every scene, he is behind the wheel of a car. The first is not his own car. He wakes up in it in a drug-addled haze. It's a scuffed up, white Porsche. This first day is meant to show how much of an addict he was and how screwed up he is. The second day is him some time later after he's cleaned himself up and is about to start working on a big-budget, blockbuster film.

Tristan decides to skip work, so that he can drive to his girlfriend Caitlin. Yet, the timing and the geography is a bit odd. Tristan is in his black SUV in some parking area, which has a good view of the Los Angeles skyline without any mountains behind it, meaning he's probably in the Hollywood Hills somewhere, maybe Griffith Park. He tells Caitlin on the phone it will take him about a hour by car to get to her house. He reveals later that she lives in the Pacific Palisades, which is all the way across town along the coast. By what Caitlin says, it's assumed it's morning, and the movie is presumably occurring in real-time, but when Tristan finally arrives at Caitlin's house, it's pitch-black night, so I was confused about the timing and geography of this movie. I could see it taking him two hours to drive all the way across L.A., depending on traffic, but not 12 hours. It's never shown that Tristan is ever stuck in traffic, so why does it take him so long to get to Caitlin's house?

The majority of the movie is listening to the disembodied voices of the people with whom Tristan argues over the phone. He ends up talking to eight people or so. For all those actors, it's merely vocal work and also given the subject matter, I was reminded of the Netflix animated series BoJack Horseman of which Aisha Tyler did vocal work, as she also does here.

Aside from directing, Tyler is the voice of Louise, the equally, foul-mouthed publicist who is Tristan's kick in the butt to get him where he needs to be and somewhat manage him. If one is familiar with BoJack Horseman, Louise is tantamount to Princess Carolyn, though the dialogue here isn't as witty as that animated series. The dialogue here is mostly just a lot of f-bombs as Tristan yells at the various people on his car phone. Initially, Louise, his agent and another actor all argue with him about whether or not he's going to show up on his first day of work on this blockbuster.

The whole thing feels rather petty, which might be the point. What we don't learn until the very end, but what I don't think is a spoiler is that Tristan wants to propose marriage to Caitlin, but he never says that to anyone to whom he speaks. Louise somewhat guesses it, but Tristan makes a huge fuss that he has to skip work today, but the movie never rationalizes why he's so obstinate that he has to skip work today. Presumably, he could have proposed to Caitlin at any time. Why this specific day? Obviously, he doesn't care about the blockbuster, but it only makes him seem selfish, unprofessional and a little insufferable for him to say he's just going to skip work without ever explaining why. It follows him waking up in that drug-addled haze, so I'm not sure what the opinion of this guy is supposed to be. Maybe we want to root for him, but his obstinance without explanation is confusing at least and frustrating at worst. 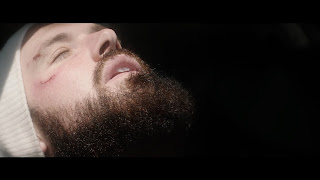 Some of the people Tristan has on the phone are family members from Ireland, specifically his sister and his father. Again, it seems as if he wants to include them on his pending nuptials, but he never comes out and says what he's actually planning, which is he's getting married. He never says it to either of his family members or to his best friend from Ireland, and it's frustrating. His conversations with his Irish family lead or push him toward relapsing and using drugs again. Yet, the real meat of this movie is Tristan's conversations with his persistent therapist.

Thomas Gibson (Criminal Minds and Dharma & Greg) voices Joseph, the therapist who helped Tristan clean up his act. Now, Tristan wants to get rid of Joseph and not go to therapy any more because he thinks he no longer needs it. However, Joseph doesn't want to let go, so he keeps calling and keeps insisting that Tristan stay in therapy. This escalates by the end until Gibson's character is akin to Kiefer Sutherland's in Phone Booth (2002).

Not Rated but contains a lot of cursing and swearing.
Running Time: 1 hr. and 29 mins.