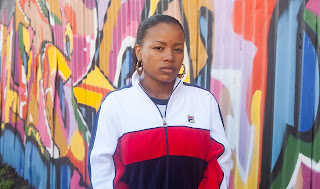 Biographical films about musicians or singers have always been a thing in Hollywood. It's only been over the past decade that we've seen biopics about hip hop artists or rappers. We had huge Hollywood films that utilized rappers as actors. The most successful example is Will Smith, followed by Ice Cube. Yet, until recently, Hollywood hasn't really put any of its muscle behind telling the story of rap music. There have been stories about black musicians as in Lady Sings the Blues (1972) or Ray (2004), but the music of Billie Holiday or Ray Charles has been more palatable to mainstream audiences, meaning non-black or non-minority audiences than rap music, which for a long time was more demonized or more dismissed in the mainstream. It wasn't until the 2000's that it was revealed that the demographics for people purchasing and really consuming rap music were shown to be majority white people, particularly young white males.

Rap music has become mainstream now. Obviously, Hollywood would try to capitalize off that. We've seen tinsel-town go after the two biggest names and the two most infamous names in rap music, The Notorious B.I.G. and Tupac Shakur. A biopic about the former called Notorious (2009) was first. A biopic about the latter was just last year called All Eyez on Me (2017). However, Ice Cube really had a blockbuster a couple of years ago called Straight Outta Compton (2015), which was a biopic about himself and his controversial rap group, NWA. That movie was a smash hit and proved there is an audience for these stories.

Leading up to that, there have been several smaller films, including documentaries telling the tales about key or influential figures in rap history, including Nas: Time is Illmatic (2014), which was about Nas aka Nasir Jones, considered to be one of the greatest rappers to come from New York City and from where most people believe is the birthplace of rap music in the 1970's or 80's.

Unfortunately, many of these rap stories are about key or influential men. There haven't been any that spotlight the women or specific women who were there during the rise of rap music. The obvious example is Queen Latifah who has been the most successful, female rapper of her age group to come out of that era. There are others like MC Lyte and Salt-N-Pepa, but the female rapper in this movie is probably the best one to start with because she's one not a lot of people know about and she did pave the way for so many.

Chanté Adams stars as Lolita Shanté Gooden aka Shanté, a black girl born in 1969 in Queens, New York City. At age 9, she started freestyle rapping, probably mimicking what the boys in her neighborhood were doing. There would be rap battles or competitions in her neighborhood, a housing project known as Queensbridge. Shanté would always win, so much so she earned the nickname the Queensbridge champion.

Nia Long (The Best Man and Love Jones) co-stars as Peggy, the mother to Shanté. Peggy is a single mom struggling to make ends meet and raise what looks like four or five daughters. She does so without the help of their father. She wouldn't mind the help but any invitation is usually met with him not showing up. This creates a bitterness in her toward men in general, which she somewhat passes to her daughters. She's not totally bitter. She's seen drinking a lot as a way of coping, but she doesn't come across as an alcoholic. She's not a bad mother either as she encourages her daughters to stay in school and learn to be self-reliant.

Shanté perhaps takes this too far as she dabbles in a little petty crime in order to help with financial stuff. She doesn't go totally down that path though. Guys in the neighborhood do encourage her to pursue music and try to be a rapper, which she does but that's where the movie loses its way.

Written and directed by Michael J. Larnell, the movie really does skip over Shanté's career and even chunks of her life. He focuses on specific, domestic moments that are interesting, but what he skips are a lot of the meat that made Shanté special. Besides being a wasted talent and a girl who had the potential to be a more notable rapper, there's not much here that would signal why this movie was made about her. More specifically, this movie doesn't get into or explore the so-called "Roxanne Wars."

It would be like doing a movie about The Notorious B.I.G. or Tupac Shakur and not doing or even mentioning the east coast and west coast rivalry. It's not to suggest that all rap music is about the rivalries or battles, but what was outstanding about Shanté is her involvement or her kick-off of the Roxanne Wars. Her involvement was her recording of the song "Roxanne's Revenge," which has been listed as one of VH1's 100 Greatest Songs of Hip Hop. Yet, sadly, this movie brushes over that song, its creation and why it was significant or why it became one.

When movies about musicians are made, often the musicians have a large body of work, so focusing on the creation of one particular song or album can be tedious or daunting, but sometimes it's warranted or necessary. Seeing how NWA recorded its first album in Straight Outta Compton was a great character moment and watching how Brian Wilson came up with his amazing solo album in Love & Mercy (2015) was what made that film superb. This movie doesn't do that. Her signature song "Roxanne's Revenge" is treated like it was just a blip or didn't matter much.

Larnell does achieve what is an incredible edit that cinematically was brilliant. He cuts from Shanté having sex to having a baby to her being physically abused without the camera moving and in one seamless edit that was very powerful to see. He also jumps over four years of her life. Visually, it's stunning, but, at the same time, he forces us to accept a jump that's ultimately too jarring. 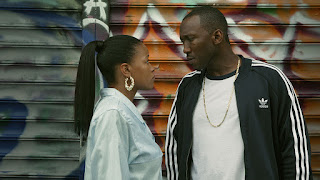 Mahershala Ali also co-stars as James Cross, simply called Cross, a man who could be a precursor to Ali's Oscar-winning role in Moonlight (2017), which was also a parallel to his character in Kicks (2016), as well as a version of his character in Luke Cage (2016). Basically, Ali has been playing the same character over and over, since he left House of Cards. Ali is great each and every time, but he's done this role before and could do it in his sleep. Ali is so charming and has the best laugh of any actor I've seen recently, but he's perhaps the creepiest he's ever been here.

Cross is a man in his 40's who seduces Shanté who's only 16 at the time. He has a baby with her and then abuses her physically. We learn all of this in that incredible edit by Larnell. The domestic abuse is shocking in I, Tonya (2017) but that film handled it much better. The abuse was purposeful in that film. Here, it just seems like it's there just to be there, if only to show how every man in Shanté's life or her mom's life is a nightmare, which if that was the point of this movie, then it should have focused on Shanté's life with Cross and not skipped over four years of it.