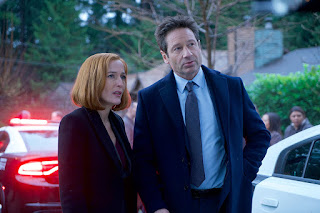 Back in the winter of 2016, FOX brought back The X-Files after it was cancelled in 2002. It had been out of commission for nearly 15 years. It was initially one of the most successful, television revivals of the decade. It also stood out amongst the wave of revivals from the 90's that saw some success like Boy Meets World, Twin Peaks, Will & Grace and now recently Roseanne, which technically started in 1988, but it didn't become a #1 show until 1990. Obviously, the network capitalized off nostalgia but the writers of this series created something that hasn't really been replicated. It's a horror series that embraces horror and that truly is scary or unnerving.

The Walking Dead and Hannibal are horror series that had their moments, but they don't have the breadth and range of this series, which is an anthology program with a mythology storyline every now and then. American Horror Story is an anthology series, but that Ryan Murphy program has way more kitsch and pulpy narratives that exist mainly to be more lurid than anything else. The X-Files was never just a genre exercise or pop entertainment. Created by Chris Carter, this show was always more cinematic, more intellectual and more epic in various ways.

The original run was nine seasons. The quality of the show was strong for the first six seasons but waned toward the end, particularly in the writing of its mythology stories. Most fans rave over what were called stand-alone or monster-of-the-week episodes. Season 9 ended that way in 2002. When the show picked up with Season 10 in 2016, that general trend basically continued. The mythology stories were muddled and the monster-of-the-week episodes were stronger.

Season 10 was only six episodes. The first and the sixth episodes were the mythology stories. Neither of them were any good. The four in between were stand-alone episodes. Two of those are forgettable, despite one being trippy and weird. The other two work well. One of which is "Home Again," written by Glen Morgan. It's a monster-of-the-week episode with the intriguing Nose-Bleed Man, but it touches upon personal issues that could be properly placed in the first, five seasons, the strongest seasons. In fact, "Home Again" is a spiritual sequel to "Beyond the Sea" from Season 1, which was also written by Glen Morgan.

The absolute best episode from Season 10 and really the only one worth watching or re-watching is "Mulder & Scully Meet the Were-Monster." It was written by Darin Morgan, the younger brother to Glen Morgan. He only wrote four episodes during the original run of the series and all four unquestionably belong in the top ten of all-time favorite episodes of The X-Files. They're the most comedic, the most satirical and the most meta, but yet still creepy, haunting and highly entertaining. "Mulder & Scully Meet the Were-Monster" is on par with those four, original episodes and could certainly be put in the top ten of all-time favorite episodes as well.

So out of six episodes in Season 10, only two were worth anyone's time. That's not a good track record. Season 11 here has a much better track record. There are ten episodes this season and not six. The first and tenth episodes are again mythology stories. They're the worst. The eight in between are stand-alone, but loosely tied together. None are as forgettable or as offensive to fans as the episodes in the aforementioned, Season 10. 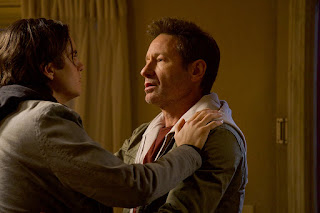 The way the eight episodes are loosely tied is a plot-line established in the first episode, "My Struggle III," and that plot-line involves the search for William. William is the son of Fox Mulder, played by David Duchovny, and Dana Scully, played by Gillian Anderson. In Season 8, Scully gave birth to a baby whom she named William. She and Mulder were going to raise that baby together. In Season 9, Scully had to give the baby up for adoption. The reason was because William was an experiment who was granted special powers and people within the government wanted to kidnap him, so Scully gave him away in a secret adoption. That was now over 15 years ago. This season makes the loosely tied plot the search for the now teenage William because the government people want to use William and his powers.

That first episode and the tenth episode, "My Struggle IV," deal with the search for William. Why they're the worst is because the episodes are nothing more than the search. They're basically just lame chase scenes one after the other. The tenth episode finally gives us William's backstory and what he's been going through over the past 15 years. Unfortunately, it comes too little, too late. In reality, we should have gotten William's backstory in Season 10, but even if Carter wanted to wait, giving it to us in the tenth episode of this season is still way too late. Mulder and Scully don't catch up to William until the final minutes of the tenth episode, which takes away any dramatic impact that could have been mined here.

Season 11 is certainly more action-packed. That's not more evident than in the second episode titled "This," which opens with an incredible action shoot-out, trapping Mulder and Scully in Mulder's Virginia home and Russian operatives outside. It presents an idea that we've seen explored in the past year by TV shows like Agents of S.H.I.E.L.D. and Black Mirror, that of putting one's mind or conscious into a computer. Those aforementioned shows did it better. The obvious thing would be to put Mulder and Scully's minds into a computer, but that doesn't happen. The episode is more about them running around trying to stop those who would implement such technology. Nevertheless, it's a fun action-oriented episode. There was nothing like that in Season 10. 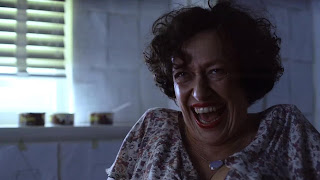 The third episode is just a classic, creepy, monster-of-the-week. It's called "Plus One" and provides us with unexplained murders under very strange circumstances and suspects that are beyond weird, scary and off-putting. It also incorporates an actress named Karin Konoval who appeared in two previous episodes of The X-Files, playing two completely different characters. Konoval first appeared in Season 3 in Darin Morgan's "Clyde Bruckman's Final Repose" where she played a psychic. Konoval's second appearance was in Season 4 in Glen Morgan's "Home" where she played Mrs. Peacock, the creepiest, scariest and most off-putting of any characters from this show ever. Here, Konoval plays two characters of two different genders, which I didn't even realize at first viewing. This episode also points out using the game of hangman how Mulder and Scully's names have the same number of letters, the same number of syllables and a vowel and consonant in common.

The fourth episode is Darin Morgan's "The Lost Art of Forehead Sweat," which is his fifth episode out of eleven seasons. To me, it's on par with the other four episodes. Like with all of his episodes, he utilizes a very funny and weird guest star. Last season was Rhys Darby who played a character redundantly named Guy Mann. This season, it's Brian Huskey who plays a character inauspiciously named Reggie Something or Reggie Murgatroid. Like with last season, Morgan comes up with a really clever idea in addition to a really great character who can comment on the series and Mulder and Scully in a cool and sometimes silly, meta way. It literally comments on the series with flashbacks inserted into this episode but in a Forrest Gump fashion. In addition to utilizing nostalgia like The Twilight Zone, it also references President Trump in a way that is probably the best satire of him since his election with "your truth not objective truth." The show is set in Washington, DC, but the show is shot in Vancouver, and unlike previous seasons, Morgan goes out of his way to utilize an obvious Vancouver landmark, namely Morton Park and it's crazy bronze statues. 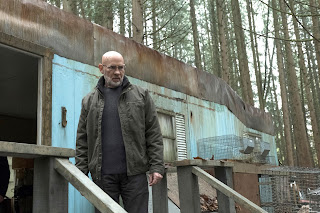 William shows up in episode 5 named "Ghouli" and does something similar as Season 3, Episode 5 of Black Mirror but is more about psychic projections rather than technological projections. The sixth episode, "Kitten," was probably the most disappointing. It's an episode that focuses on Walter Skinner, played by Mitch Pileggi. It reveals an incident from his past, which is supposed to redeem him because his trust with Mulder is thrown into question in the first episode. However, this episode doesn't compare to Season 3's "Avatar," which also revealed things from Skinner's past. Why it worked better is that it truly put Skinner front and center, whereas Mulder and Scully were in the background. Here, Skinner isn't put front-and-center. He's absent for most of the episode, which deflates any empathy and insight we could have gotten into him. That season 3 episode made Skinner into a sexy but tortured bad-ass. This one really gives us nothing of him.

The seventh episode, directed by Glen Morgan, is another great episode. It's dialogue-free and feels like a better Black Mirror episode without the depressing tone but instead has more levity, as we watch Mulder and Scully be tormented by modern machines like drones, Roombas and even social media. The eighth episode, "Familiar," was another great monster-of-the-week that involves pedophilia and witchcraft that feels like a better Stephen King homage. In fact, the episode opens with something very similar to Stephen King's It (2017), but unlike that film, this series actually has the audacity to kill more than one child, really selling the danger and fear. It also features a great black, Canadian actor named Roger Cross who had been in four episodes of The X-Files as four, different characters. The ninth episode is gory and gross but vintage The X-Files. 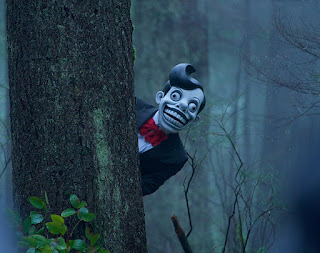 Boiling it all down, Season 10 gave us two good episodes. Season 11, however, gave us seven good episodes. That's a good uptick. It probably helps that Carter and his writers had a long hiatus to address perhaps some of the criticisms that were lobbied at the show's Season 10. Speculation is that this will be the absolute final season of the series. If so, it went out on a better note than I would say its Season 9, which was the end of its original run.