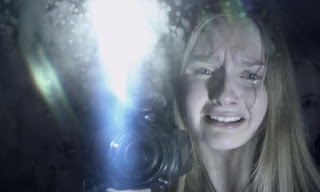 M. Night Shyamalan is back! Yes, he's back! He's finally made a good movie. It's been a long while, 13 years by most people's count, but he's done it.

Shyamalan came out the gate with his first Hollywood film being such a huge success. The Sixth Sense (1999) earned six Oscar nominations, including Best Picture and grossed $672 million worldwide. He followed it up with an excellent and dark deconstruction of super-hero tropes with Unbreakable (2000) and his take on alien-invasion stories with Signs (2002), which was his second-best, grossing $408 million worldwide. From that point, Shyamalan took a steep dive, creatively and financially. He directed five films after that. Each one worser than the one before it. His trajectory in every respect was downward. He was spiraling.

After leaving Disney with The Village (2004), Shyamalan bounced around from studio to studio. He went from Warner Bros. with Lady in the Water to Fox with The Happening to Paramount with The Last Airbender to Sony with the atrocious After Earth (2013). It seemed as if he was at the end of his rope. There was only one other major studio left that he hadn't created a bomb picture and that was Universal. With the help of Jason Blum, the producer who made his fortune with the Paranormal Activity films, under the banner Blumhouse Productions, Shyamalan was given this latest and possibly last chance. Luckily, Universal Pictures is a studio that has been on a roll this past year and could take a small, little horror film from a proven producer like Blum.

Shyamalan is also coming off working on a TV series that was somewhat well-received, Wayward Pines, a show about a man who goes to a town and realizes the town is not as it seems, a riff of Shyamalan's The Village but this show was not written by the Indian filmmaker. Perhaps humbled by recent failures or perhaps simply guided by a better producer in Blum, Shyamalan turns in a movie that is very much a riff of Paranormal Activity, but represents such a pendulum swing.

As is the tendency for most filmmakers in Hollywood, Shyamalan kept going bigger and bigger. This film turns it around and has him going smaller, which is the right instinct. He doesn't have to have a ton of special effects out in space in order to be interesting. This movie takes place all in one house, not too far from his base of operations in Philadelphia, Pennsylvania.

Not just Paranormal Activity but the film also is in the same vein as other Blumhouse productions like Oculus (2014), a story about two children who come to suspect that maybe their parents have become a danger thanks to a demonic curse. This movie instead makes the generation gap a bit wider. In this movie, two children come to suspect that maybe there's something wrong with their grandparents, played effectively by Deanna Dunagan and Peter McRobbie.

15-year-old, Australian actress Olivia DeJonge stars as Becca Jameson, a 15-year-old girl who aspires to be a documentary filmmaker. Fellow Australian actor Ed Oxenbould (Alexander and the Terrible, Horrible, No Good, Very Bad Day) co-stars as Tyler Jameson, her 8-year-old brother. Oxenbould in real-life was 13 for the making of this movie, but he plays younger. Tyler goes by the name T-Diamond and is an aspiring rapper.

Kathryn Hahn (Crossing Jordan and Parks and Recreation) plays Loretta Jameson, the mother to Becca and Tyler. She's a single mom who is dating a hairy-chested man named Miguel. She sends her two children to stay with their grandparents for a week out in the suburbs of Philadelphia, after deciding that she and Miguel will go on a romantic cruise together.

Becca knows that her mom hasn't visited her parents since before Becca was born. Becca decides to make a documentary to find out why her mom hasn't visited in 15 years. She with the help of her brother who has a second camera keeps the video rolling the entire time for the entire week. She interviews everyone with whom she comes into contact, including her grandparents, trying to get at the truth of what happened. However, every time she tries to probe her grandmother she gets weird resistance.

Meanwhile, Tyler starts to notice that his grandfather, nicknamed Pop Pop, is exhibiting some odd behavior as well. Becca wants to brush it off as simply the ravishes of time. The natural break-down physically and mentally of the human body due to age. In that, Shyamalan as other critics have pointed out is invoking the kind of body horror most associated with David Lynch, but Shyamalan doesn't go bizarre with genetically-altered transformations. His body horror is simple and straight-forward losses of bodily control like dementia and dislocated defecation.

Shyamalan is for his first time disgusting but purposefully so. He makes Tyler a germophobe, but through careful construction makes us all a bit afraid of the microscopic and the macroscopic. Yet somehow, Shyamalan makes us also afraid of the idea of cleaning. Tyler as germophobe takes care to be clean and not touch certain things. This impulse is turned on his head in this film.

The 45-year-old filmmaker also embraces humor in a way that he hadn't since Signs. Unlike that movie, the threat is not outside the house but possibly within. The majority of all the scary set pieces end with some kind of punchline or joke. Even the final set-piece, which is balls out crazy, ends with a punchline in the form of music. Most of the time he's acknowledging the ridiculousness of his premise, elderly menaces and geriatric threats, but he breaks the tension seamlessly and nicely.

However, not since The Sixth Sense and Unbreakable has Shyamalan been so heartfelt. DeJonge and Hahn in fact are given heartbreaking moments that actually feel earned and work tremendously. He rounds out on a message of letting go of anger, something onto which the Jameson family holds. It proves that despite generational gaps, emotional sins can be carried through family lines.

Five Stars out of Five.
Rated PG-13 for terror, violence and some nudity, and for brief language.
Running Time: 1 hr. and 34 mins.